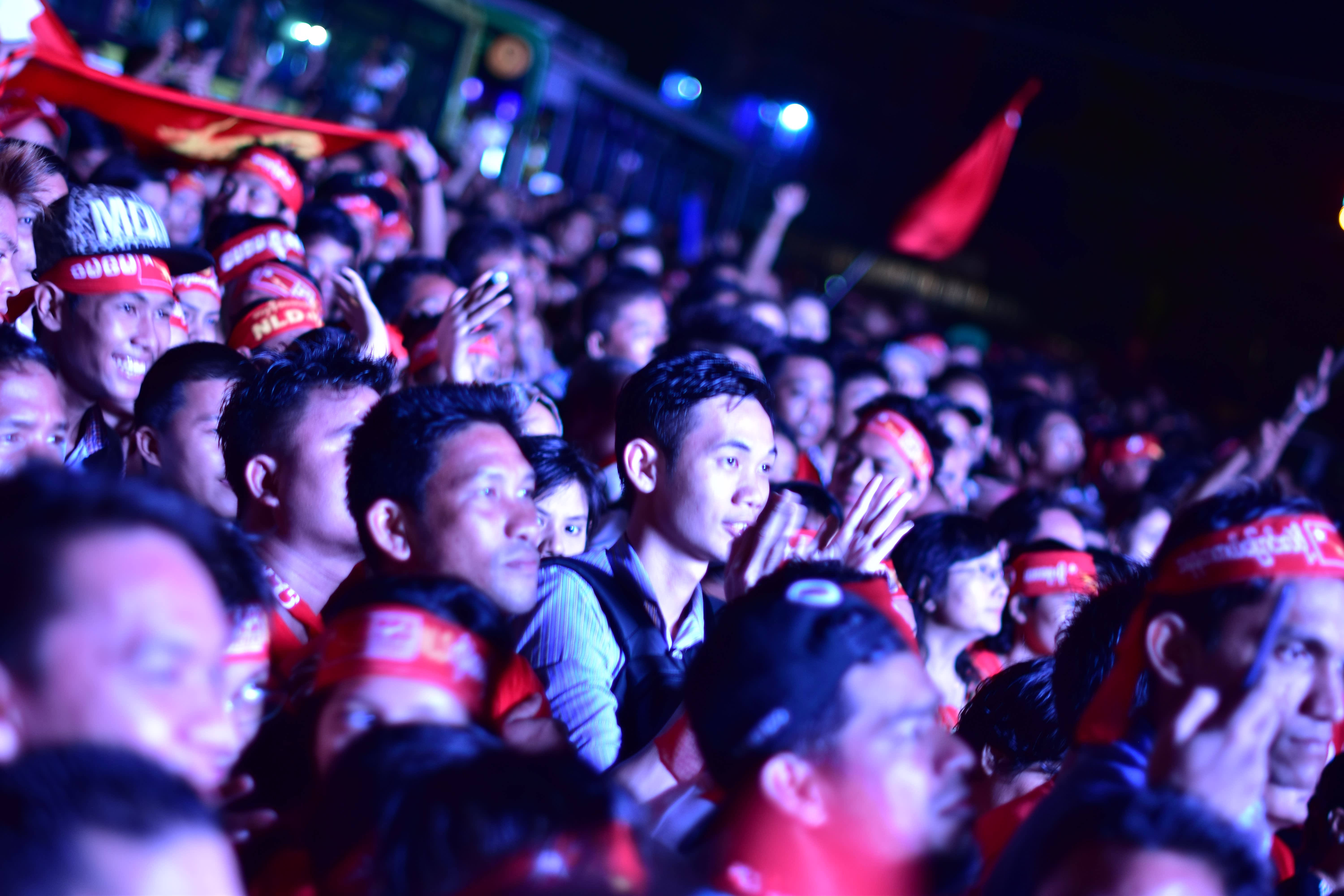 YANGON -- Aung San Suu Kyi's National League for Democracy will focus on amending the country's constitution if it takes power in 2016. Early results across Myanmar from the Nov. 8 national election indicate a sweeping victory for the NLD in the formerly military-ruled country.

Suu Kyi, who spent a total of 15 years in detention under Myanmar's former junta, claimed on Tuesday that her party had won around 75% of the vote, an assertion backed up by a wave of concessions from defeated candidates.

A clear parliamentary majority for the main opposition party would enable Suu Kyi to form a government, even though she is prevented by the constitution from assuming the presidency. Tin Oo, an NLD founding member, told the Nikkei Asian Review that amending the 2008 constitution -- which also provides the military a veto-wielding 25% bloc of seats in parliament -- remains top of the NLD agenda.

The constitution bans anyone with a spouse or children who are foreign citizens from becoming president. Suu Kyi had two children with her late husband, a British academic. 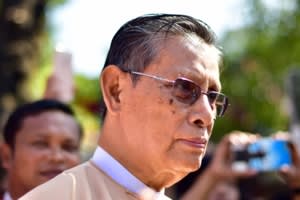 Tin Oo, a senior member of the NLD, at party headquarters on Nov. 9 (Photo by Simon Roughneen)

"The constitution must be reformed in line with the universal principles of democracy," said Tin Oo, who despite being nearly 90 has been mentioned as a possible NLD nominee for president.

In 2014, Suu Kyi undertook a nationwide campaign to have the constitution amended, garnering 5 million signatures -- around 10% of Myanmar's population and a sixth of voters. However, a proposed June 2015 parliamentary vote on charter change floundered on military opposition -- a scenario that could be repeated in 2016 even if the NLD could form a single-party government. Any change to the constitution -- strongly opposed by the military -- would require a super-majority of 75% in parliament.

By late evening on Nov. 10, election commission announcements showed that the NLD has so far won 289 out of 333 seats for which results were declared, in national and regional parliaments. A total of 1,150 seats were contested in the election, excluding the 25% allocation to the military.

Already several major figures in the ruling Union Solidarity and Development Party have conceded defeat to their NLD constituency rivals -- such as Htay Oo, the USDP co-chair, and Shwe Mann, the speaker of parliament and presidential aspirant.

Others to lose out include Khin Shwe, a prominent businessman running for the USDP, and Aye Maung, an ethnic Rakhine politician who advocates for continued discrimination against the Rohingya, a stateless Muslim minority living mostly in Rakhine State in the west of the country.

Despite concerns about advance voting and the slow announcement of results, the consensus among around 11,000 domestic and international observers monitoring the elections is that the process was orderly and relatively open.

Two key monitoring teams -- one led by the European Union and the other from the independent Carter Center -- gave preliminary assessments on Tuesday that commended Myanmar authorities.

But both teams raised similar concerns over issues which they said should be addressed in future elections, including the lack of transparency over the handling of advance votes, inadequate dispute resolution mechanisms and the exclusion of a relatively large proportion of voters -- particularly from the disenfranchised Muslim Rohingya minority.

Muslim candidates were also blocked from standing for office, noted Alexander Lambsdorff, chief observer of the EU election observation mission. "It's difficult to understand why they [some Muslims] can't stand or vote in the election ... but this is not just an electoral problem, it is a wider social issue reflected in an electoral process."

Referring to the military's automatic hold on 25% of parliamentary seats, Lambsdorff said that for "genuine elections," at least one of two parliamentary chambers should be 100% elected. On the issue of dispute resolution rules, which stipulate that the government's election commission appoint a sub-committee to investigate and rule on cases, Lambsdorff, like other observers, said the set-up "doesn't provide adequate redress." He also expressed concerns about the lack of any time limit on the resolution of cases.

"There should be an independent body and the fact it's done by the UEC [Union Election Commission] is an issue," he said. He also warned against coming to any conclusions on the electoral outcome or processes: "Very clearly this election is not over yet -- as long as the counting is going on and before final results, it is not over," Lambsdorff said. 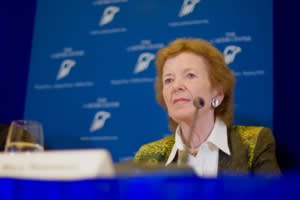 Mary Robinson listens as the media ask questions at a Carter Center briefing in Yangon on Nov. 10. (Photo by Simon Roughneen)

The Carter Center observation delegation is co-headed by Mary Robinson, former president of Ireland and United Nations high commissioner for human rights. Raising concerns about the advance voting process, Robinson told NAR that "we have no idea of the number or how it might affect the process as counting continues."

The election commission on Nov. 10 refused to answer media questions about a brewing controversy over the handling of advance votes in some ethnic minority regions.

Suu Kyi told Singapore's Channel NewsAsia on Nov. 10 that the election was not "totally clean" but reiterated her determination to run any NLD-led government. Suu Kyi earlier told the BBC that the NLD has likely won around 75% of the vote.

With turnout estimated at 80%, Mary Robinson noted a contrast between the enthusiasm of voters in a country coming out of five decades of army rule and "jaded" Western voters.

"On the day, it was people power at its very best, it was incredible to see how people in this country came out so early. It was very moving to see their determination, their dignity," Robinson said.

Since the close of voting at 4 p.m. on Nov. 8, thousands of supporters have gathered at NLD headquarters in north central Yangon each evening, roaring their approval as a large screen broadcast the trickle of official election results, and as the party read out its own tallies based on counts around the country.

Even though the final official election result seems a long way off, speculation is growing about who Suu Kyi will propose as NLD presidential candidate and who will be in her cabinet. Suu Kyi had angered some by refusing to accept prominent political and civil society figures such as Ko Ko Gyi, a leading activist, on the NLD ticket.

But on Nov. 9, Min Ko Naing, a former student protestor and leader of the 88 Generation activist group which also includes Ko Ko Gyi, visited the NLD headquarters. He was greeted by a thunderous bellow by the red-card crowd on the street below when he appeared on an office balcony to read out election results.

Soe Naing, 31, said he voted for the first time on Nov. 8 and hoped for a clear opposition victory. "We want NLD, we all vote for NLD," he said.

Tin Oo, who has joined Suu Kyi in her post-election public appearances, told NAR on Monday: "It seems we can claim victory, but we will wait for the authorities to announce. We hope to get 70%."