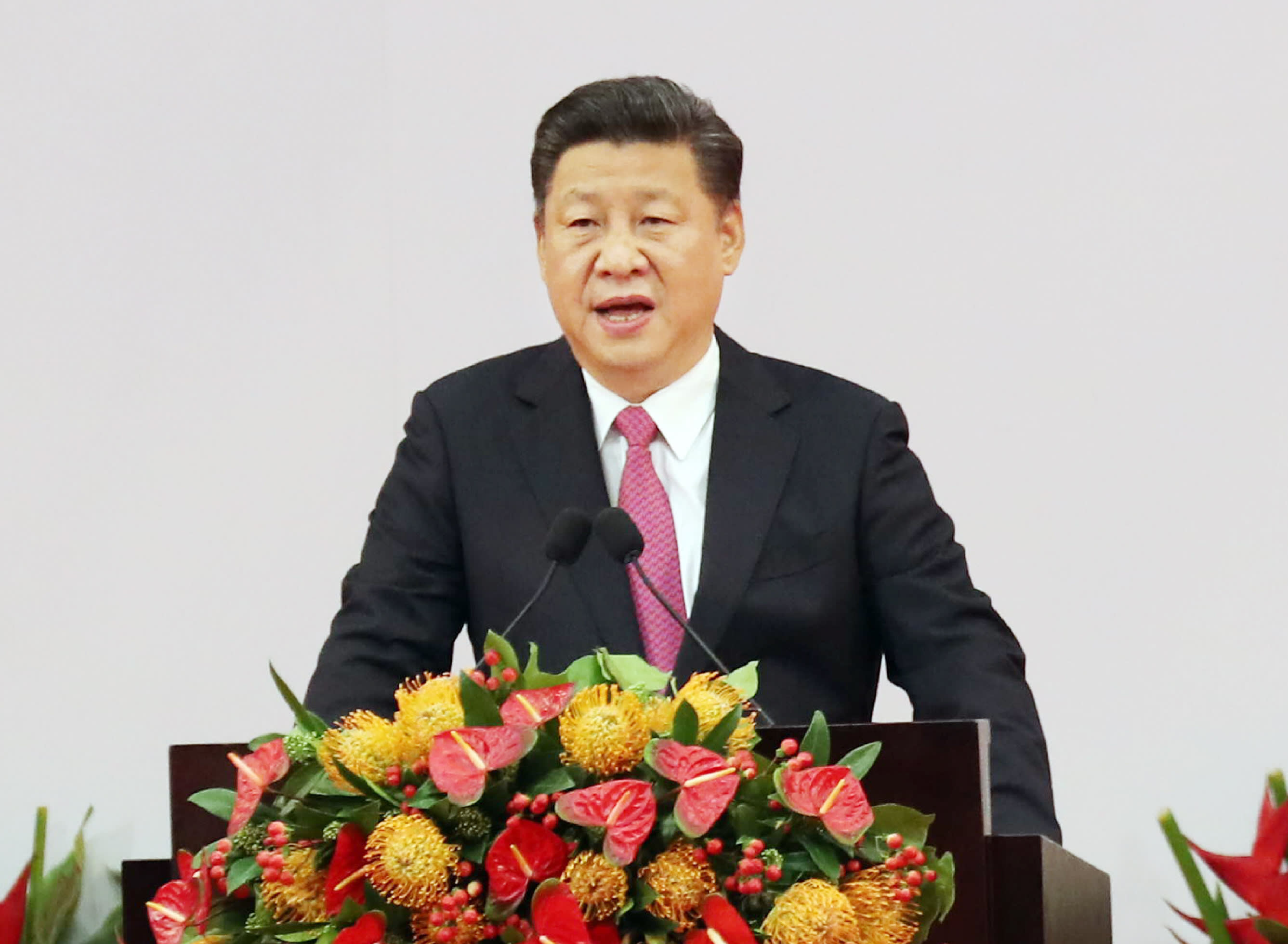 HONG KONG -- A recent visit to Hong Kong by Chinese President Xi Jinping was marked by a powerful display of military might and arrests of radical protesters, but his seemingly softer approach in a major speech surprised the democratic opposition in the former British colony.

In an address celebrating the 20th anniversary of Hong Kong's return to Chinese rule, Xi warned against efforts to "challenge the power" of Beijing, but recognized the territory as a "plural society." Beijing was willing to talk to "anyone who loves the country, loves Hong Kong," Xi said, regardless of their political views -- a rare remark interpreted by some moderate democrats as offering an olive branch.

However, their hopes were quickly dashed. Less than a month after Xi's speech, four pro-democracy lawmakers were unseated by the special administrative region's highest court, acting on a 2016 instruction from Beijing that officials and lawmakers who do not "sincerely believe in and strictly abide by" their oath of allegiance to China must be removed from office.

The court decided that the four had failed to take the oath "properly and validly." Two pro-independence lawmakers were unseated in November on similar grounds.

The expulsion of the six lawmakers has erased nearly 180,000 popular votes cast for them in elections to the legislature in September. The current session of the legislature ended on July 21, but a risk of further unfavorable rulings from the court remains.

Two more pro-democracy lawmakers, Cheng Chung-tai and Eddie Chu Hoi-dick, who received the largest number of votes in the elections, may also lose their seats because of the recent court ruling. Nine pro-democracy activists, including the two lawmakers, are facing prosecutions and potential imprisonment for their roles in the 2014 "Umbrella Movement" protests that blocked major roads in Hong Kong. Lawmakers who are jailed for more than a month face disqualification. "If Xi's words are not backed by concrete actions, they are nothing more than a camouflage," said Benson Wong Wai-kwok, an assistant professor of politics at Baptist University of Hong Kong. Wong likened the situation in Hong Kong to Singapore, where the courts have been used to silence dissidents, such as Amos Yee, a teenage blogger who criticized former Prime Minister Lee Kuan Yew.

Carrie Lam Cheng Yuet-ngor, who was appointed as Hong Kong's chief executive (head of government) on July 1, has pledged to heal political divisions by reaching out to pro-democratic lawmakers. But the oath-taking prosecutions, initiated by her unpopular predecessor Leung Chun-ying, have raised doubts about whether Lam's honeymoon with the opposition will last.

The four disqualified lawmakers are set to suffer a significant financial hit. They are expected to repay the legislature a total of up to 11 million Hong Kong dollars ($1.4 million) in salaries and allowance. The four are considering appealing the court judgments, but could each face legal costs of several million Hong Kong dollars if they lose. Filing for bankruptcy would prevent them from contesting by-elections.

The recent ruling has dealt a crippling blow to the democratic movement in Hong Kong. For the first time, the pro-democracy camp has lost its majority in the so-called geographical constituencies, now holding 14 directly-elected seats compared with the pro-Beijing camp's 16. The latter can now seek to amend legislative rules to prohibit practices such as filibustering, a tactic commonly used by the opposition to delay legislation.

Left with a total of 23 representatives in the chamber, including nine elected for so-called "functional" business and professional constituencies, the pro-democracy camp is stripped of its power to block changes to the city's constitution, the Basic Law, which requires a two-thirds majority in the 70-seat legislature. This will prepare the ground for the relaunch of an anti-subversion bill known as Article 23 that was shelved in 2003 after half a million protestors took to the streets.

Other controversial legislation in the pipeline includes the setting up of joint immigration checkpoints in Hong Kong for a high-speed railway project linking southern Chinese cities. Mainland officials are barred from enforcing Chinese laws in Hong Kong, with very limited exceptions stipulated in an annex to the Basic Law. The "One country, two systems" principle under which Hong Kong was returned to China guarantees a "high degree of autonomy" in the territory until 2047.

The court ruling has drawn critical international attention. Describing the disqualification as a "travesty of justice," U.S. Congressman Chris Smith, co-chairman of the Congressional-Executive Commission on China, recently commented: "This court decision is bad for business confidence, and undermines confidence that China will ever abide by its international commitments."

Smith added: "If Hong Kong is to become just another mainland Chinese city, the U.S. will have to reassess whether Hong Kong warrants special status under the U.S. law."

None of the four most recently disqualified lawmakers were radical separatists, although some were advocates of self-determination for Hong Kong. "Long Hair" Leung Kwok-hung, a four-term lawmaker, was penalized for shouting slogans and using props -- a yellow umbrella that symbolizes the Umbrella movement -- during his oath.

Nathan Law Kwun-chung, from the political party Demosisto, was seen as showing skepticism as he raised his tone while reading the words "People's Republic of China." College lecturer Lau Siu-lai was accused of reading her oath too slowly. Edward Yiu Chung-yim, an academic, added an extra line to his oath to call for universal suffrage.

"By bringing these cases, the Hong Kong government only reinforces the impression that they are mere puppets of Beijing," said Mabel Au, the Hong Kong director of Amnesty International, a human rights watchdog. "It is the latest damaging sign that expressing political opinions that challenge the status quo is no longer tolerated.