Doraemon under attack as a bad influence on children in India, Pakistan 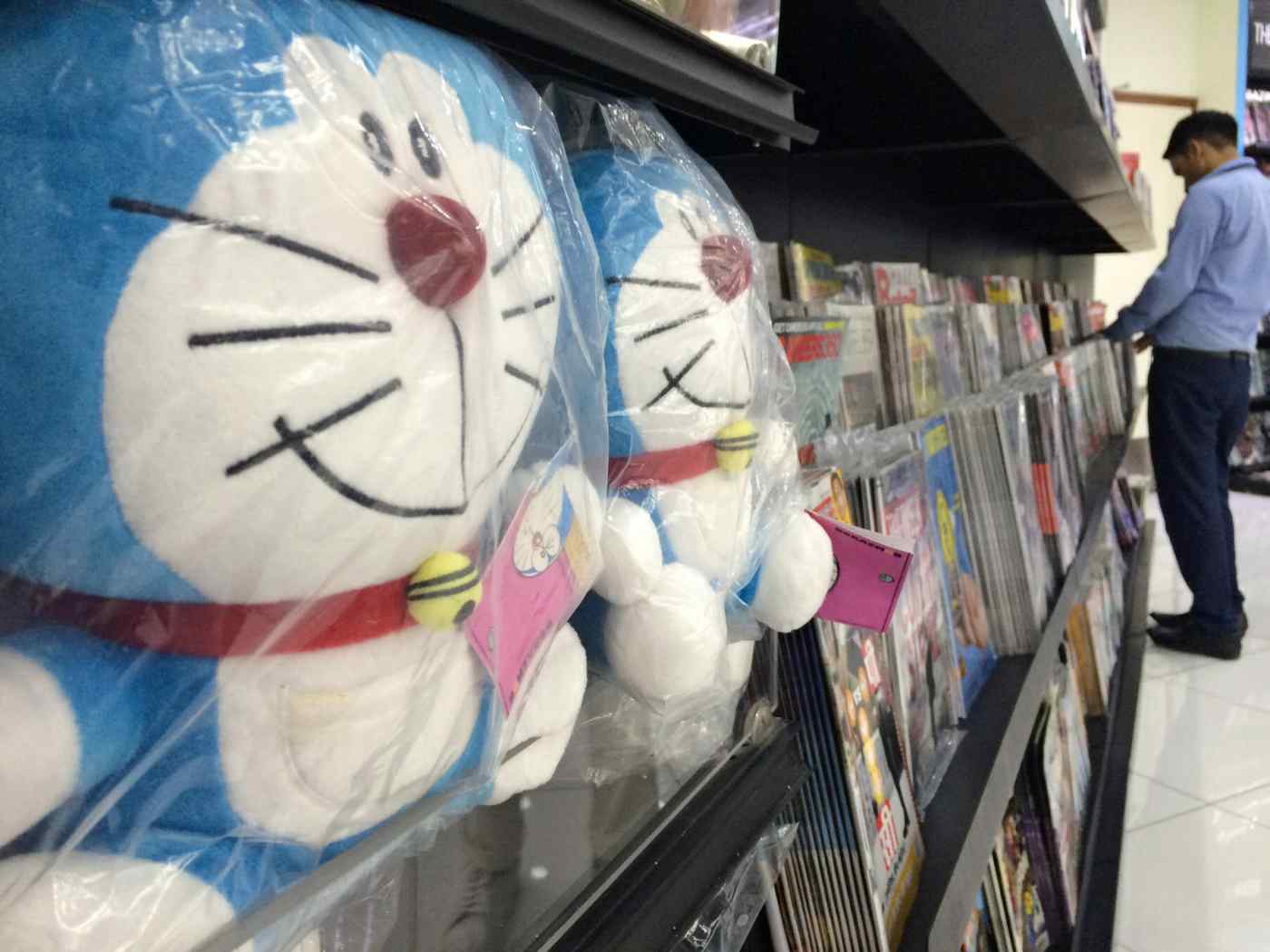 In late July, Ashish Chaturvedi, 29, a prominent social activist in central Madhya Pradesh state, sent a letter to various organizations in India urging a ban on the Doraemon anime series. The recipients of the letter included the central government, the state government, a self-censorship organization for entertainment programs, and two broadcasters airing the Doraemon series, including Disney India.

The letter enumerates examples of bad influences the TV series is having on children in India. It claims, for instance, that many children have acquired some of the bad traits of one of the central characters, Nobita, a silly and unmotivated pre-teen boy. Doraemon is continually having to help the hapless Nobita get out of various scrapes. In the letter, Chaturvedi alleges that children emulating Nobita have started refusing to do their homework and speaking to their parents and teachers impolitely. He also criticizes Nobita for openly saying to a girl in his class, "I like you very much."

He visited numerous families to identify the direct and indirect causes of the scandal, and heard mothers complain that their children had started behaving badly after watching the Doraemon series. The mothers said their children had begun to defy their parents and refuse to do their homework.

Chaturvedi became convinced that the anime series is having a serious negative impact on the future of children for two reasons. Firstly, it takes children into an unrealistic fantasy world. Secondly, it shows children that any problem can be solved by gadgets that Doraemon takes out of his famous "4D Pocket," such as an "anywhere door" that opens wherever the user wants, and a "bamboo copter" that allows the user to fly.

The activist is concerned that the anime series could plant seeds of another test-fixing scandal.

In early August, soon after Chaturvedi sent out the letter, an opposition politician in Pakistan's Punjab Province submitted a resolution to the local assembly calling for a ban or restriction on the broadcasting of the Doraemon series. 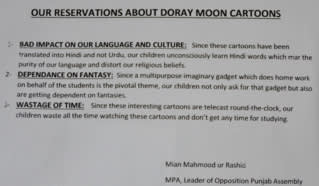 Pakistan's opposition PTI party issued this statement calling for a ban or restriction on broadcasting of the Doraemon TV series.

He also pointed out that the Hindi language version of the series that is aired in India, is broadcast in Pakistan instead of a new version dubbed into Urdu, the local language. The fact that Nobita plays happily with Shizuka, a girl in his class at school, is another factor that runs counter to Pakistani and Muslim culture, according to the politician.

The Doraemon manga series, written and illustrated by the Fujiko Fujio manga artist duo, was first published in 1969 during the era of Japan's phenomenal economic growth. It raised exciting expectations among Japanese children that they would see amazing new technologies and unimaginable new products in the near future.

In India, where there is a wide income gap, wealthy parents tend to play the role of Doraemon for their children. The scandal uncovered by Chaturvedi is the tip of the iceberg. Money and social contacts are being used as convenient "gadgets."

As the self-censorship body has rejected Chaturvedi's request for the ban on the Doraemon series, he is considering taking the case to court. Pakistan's Punjab provincial assembly plans to discuss the matter during a session that starts in mid-October.

It may seem absurd to place all the blame for many social and educational problems on Doraemon. Nevertheless, the progress of the anti-Doraemon campaigns in the two countries deserves close monitoring.