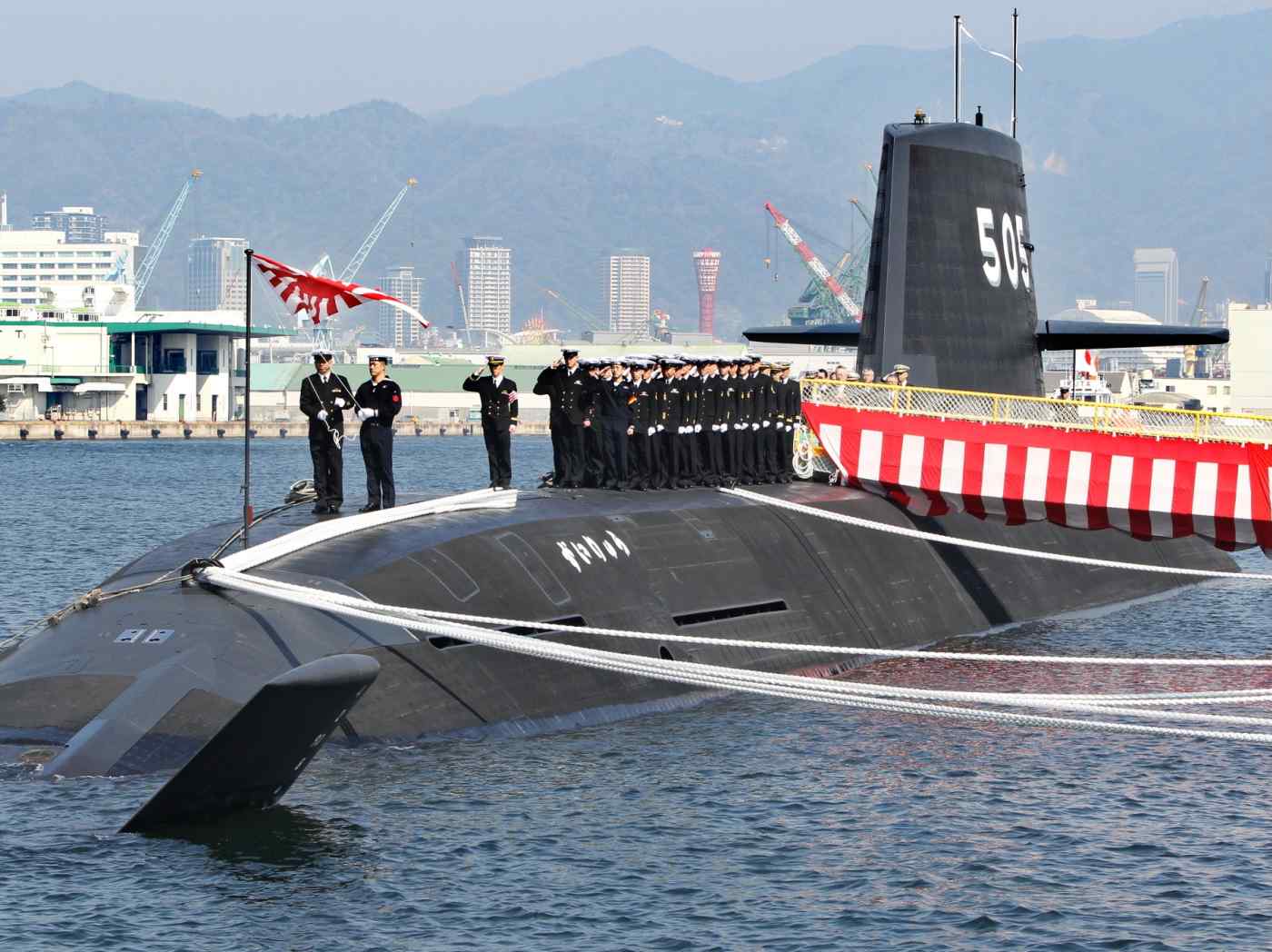 SYDNEY -- With the crack of a mallet opening a keg of sake aboard a Japanese warship in Sydney Harbour, Japan and Australia celebrated their tightening strategic cooperation in the face of a rising China.

For the 129 young Japanese ensigns such as Daisuke Kiyota and Yukiko Uetaka helping host the afterdeck party on Sept. 11 aboard JS Kashima, moored at the Royal Australian Navy's Garden Island base, the reception was part of getting accustomed to a wider sphere of operations than previous post-1945 officer classes, whose careers ran to a narrower interpretation of "self-defense."

Speeches by both Japanese and Australian dignitaries at the party featured historical antecedents for this new naval cooperation, with some officers recalling how in 1914-15, Japanese cruisers had escorted Australian troopships heading for the Middle East and Gallipoli.

World War II was not mentioned. But earlier that day, training squadron commander Rear Adm. Hideki Yuasa had toured Garden Island's naval museum to see a midget submarine used by Japanese forces in a daring raid on Sydney Harbour in May 1942, and to pay respects at a memorial to the Australian sailors killed.

And in July, welcoming his Japanese counterpart Prime Minister Shinzo Abe to Australian parliament, Prime Minister Tony Abbott referred to the 1942 submariners in terms that drew gasps from the audience. "We admired the skill and the sense of honor that they brought to their task, although we disagreed with what they did. Perhaps we grasped, even then, that with a change of heart, the fiercest of opponents could be the best of friends," Abbott said.

Despite the recent display of shipboard bonhomie, controversy has again engulfed the bilateral security relationship, amid media reports that Canberra has decided on a Japanese design for the replacement of the RAN's aging submarine fleet -- and is considering building the new vessels in Japan.

Domestic consternation is not over the fact Australia would buy submarines from a World War II enemy -- the closest rival to the Soryu subs would be a German design anyway -- but about the relocation of production offshore and what this means for Australia's economy. The reports follow announcements by Ford, General Motors and Toyota that they would end local manufacturing, after Abbott's government said it would halt subsidies to the auto sector.

"With the loss of our automotive industry, and then to lose our defense industry, what we are seeing is the deindustrialization of our nation," said Chris Burns, a former army officer who heads the Adelaide-based Defence Teaming Centre, a lobby for small- and medium-size defense contractors. "All that would be left would be resource extraction, farming and tourism. We would really then be the banana republic that (former Prime Minister) Paul Keating once warned about. Defense industry is the source of the innovation, the engineering and high-tech skills that engage the best of our young people. We would be losing that part of our future."

Partisan politics run through this debate. On the surface, it may be about economic rigor, accepting the realities of global supply chains that make it almost impossible for medium-sized countries with high wages, strong currencies and short production runs like Australia to make goods at competitive prices.

Beneath that, however, Abbott's conservative coalition seems eager to punish its Australian Labor Party opposition -- to rub in the dangers of industry policy that tries to foster domestic manufacturing through subsidies and protection, and to play up the baleful effects of the ALP-linked trade unions in resisting productivity improvements.

Australia's present fleet of six Collins-class submarines does result from an ambitious nation-building scheme adopted by an ALP government in the 1980s, modeled on what seemed then to be a successful Swedish model of industrial favoritism. The Swedish shipyard Kockums was chosen as partner to design and build the new class of large conventional submarines for the RAN. The new builder, ASC, was located in Adelaide partly for electoral reasons and partly to avoid the trade union turf wars then raging at naval shipyards in Sydney, Melbourne and Newcastle.

The resulting submarines were dogged by problems: unreliable diesel engines of a unique design from a now-defunct manufacturer, faulty electrical trains, vibrating telescopes, noisy hull flows, propellers that cavitated and a combat system that would not "talk" with the rest of the sub.

These problems have been resolved and now, more than 15 years since the first boat was delivered, the ASC is at the point where three of the six boats are operational at any time. With a new Raytheon combat system and Mark-48 torpedoes, they are among the best conventional submarines anywhere. But in conservative circles the name "Collins class" is still associated with an ALP folly and feather-bedding unions.

Meanwhile, time is running out for a replacement class to be chosen, designed or modified to RAN requirements, with the Collins-class being phased out from around 2025. The jobs of 2,100 workers at the ASC yard and 3,000 among outside contractors are in balance, along with the defense industrial sector that has been a mainstay of South Australia since World War II. 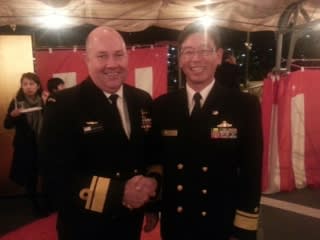 The main problem is that the RAN insists on larger conventional submarines than are being built by existing exporters in Germany, France and Spain. The Collins is some 3,100 tons, designed for long ocean transits before it reaches operational areas at distant "choke points," as against the 1,800 tons typical of European boats designed for "lurking" near home waters. Both the U.S. and U.K., Australia's closest traditional allies, no longer make conventional subs. In Canberra's 2009 Defence White Paper, the navy set out its specifications for an even bigger "future submarine," one of about 4,000 tons.

It seemed the choice came to either a new Australian design, an update of the Collins class, or a "stretch" version of their existing submarines being suggested by Germany's HDW or a French-Spanish group. The Australian Strategic Policy Institute, a government-backed think-tank, put the acquisition cost at 36 billion Australian dollars ($32.5 billion) and some unnamed "experts" now put it as high as A$80 billion.

Cost overruns and delivery delays in the building of three Air Warfare Destroyers at the ASC yard have been used to raise doubts about the local manufacture of the submarines. ASC sources say this is unfair, as the cause was bureaucratic dithering about final specifications between Canberra's Defence Materiel Organisation and the ship's Spanish designer.

Less partisan criticism comes from analysts who urge the government to overrule the navy and opt for a larger number of smaller and much cheaper "off-the-shelf" designs from Europe, relying on American bases like Guam for long-range operations. A vociferous school argues for nuclear submarines, although the lack of a domestic nuclear industry tends to rule this out.

Then came the Japanese government's recent decision to abandon a longstanding prohibition on exports of military equipment, and the Japanese navy's new Soryu-class submarine became a possibility. At 4,200 tons, with an ultramodern hull shape and X-shaped tail fins for high maneuverability, and the Stirling air-independent propulsion system allowing it to stay submerged for two weeks, it comes closer than any existing boat to the RAN's dream machine.

An Australian submarine engineer, who asked not to be named, said the Soryu would still have to be extensively modified, to rebalance its fuel load toward longer ocean transits, and to incorporate the U.S. combat system and weapons, both of which are presently tightly held among the U.S., British and Australian navies.

If the Soryu is selected, and the technology transfer is approved by the Japanese government, full construction in Japan would see the existing two builders, Mitsubishi Heavy Industries and Kawasaki Heavy Industries, set up a third production line with a new workforce for the export model. The tentative cost for eight boats is put at about A$20 billion.

But that apparent bargain could be harder to sell in Australia than the government may think. For one thing, the money would go almost entirely to Japanese companies and workers. Then there is the question of through-life service, maintaining the vessels -- which usually adds up to double the acquisition costs. How much could be done in Australia? Would the Japanese builders charge heavily for refits? Should Australia rely on suppliers located where Asian conflict could occur?

The debate has become increasingly political, with ALP leader Bill Shorten promising, if elected, to reverse any decision to build in Japan. But the defense industry is seeking a workable compromise. "We always knew we would have to have an overseas partner," says the Defence Teaming centre's Burns. "But we expected there would be some sort of competition and that it would include Australian involvement."