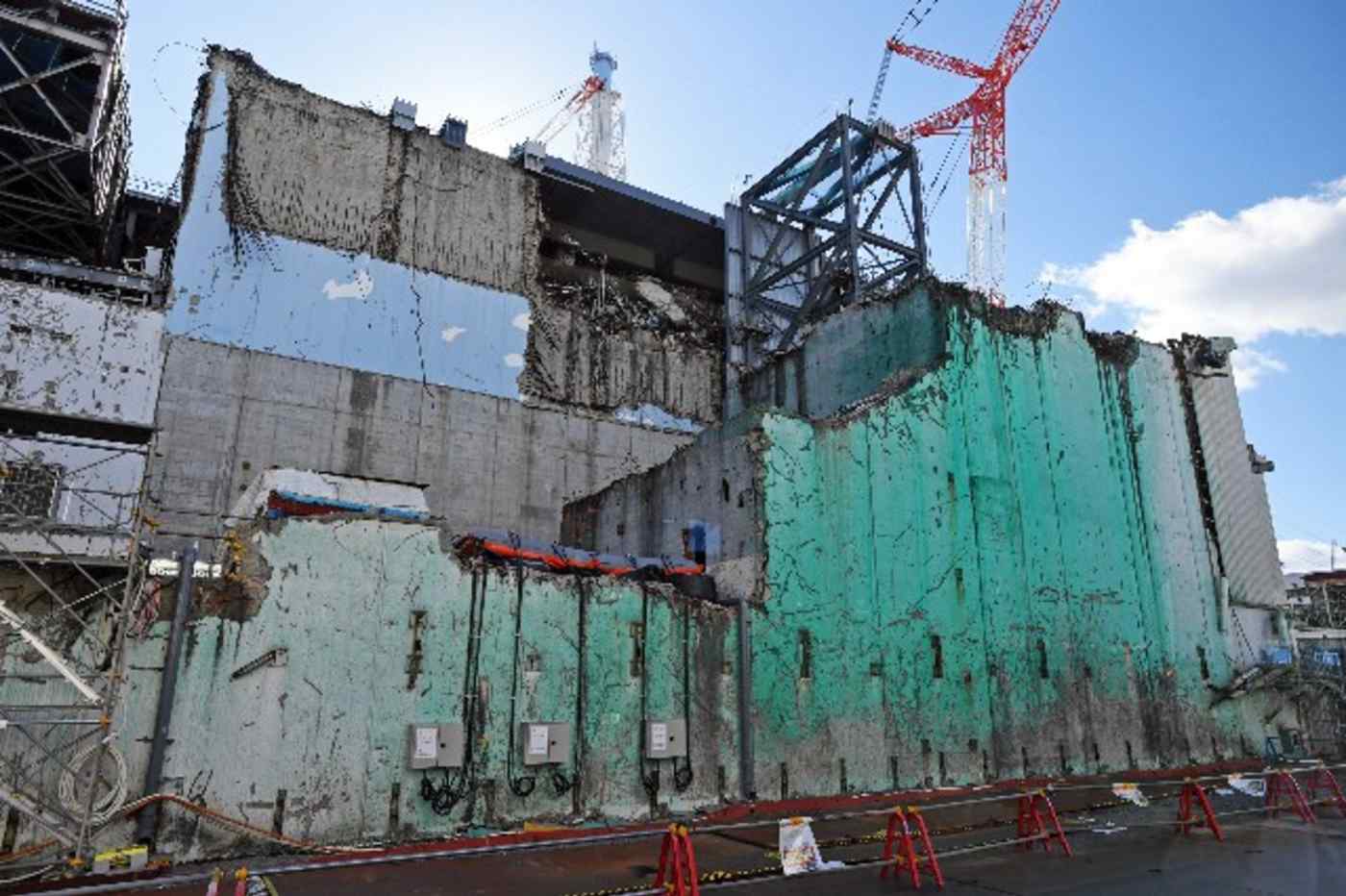 Most of the country's nuclear plants remain offline due to safety concerns. The finances of Tokyo Electric Power Co. Holdings -- the operator of the ill-fated Fukushima facility -- are in a shambles. Cleanup costs continue to mount, with no ceiling in sight.

On the night of Feb. 16, footage from inside Fukushima Daiichi's No. 2 reactor containment vessel was beamed to Tepco's head office in Tokyo. It was captured by a robot nicknamed "scorpion," due to the camera on the tip of its tail, which can be pointed forward a la the arachnid.

After moving forward about 2 meters, however, the robot became stuck in material deposits several centimeters thick. It was unable to approach its intended target: a spot just under the pressure vessel, where some melted nuclear fuel is suspected to have leaked through.

Tepco hopes to decide this summer how to remove melted fuel from the plant, but as things stand, simply determining the location and quantity of the debris is a challenge.

The Ministry of Economy, Trade and Industry, which supervises the electric power industry, estimated at the end of last year that dealing with the aftermath of the Fukushima disaster would cost 21.5 trillion yen ($190 billion). That figure, which covers decommissioning the reactors and compensating victims, is roughly double the 11 trillion yen METI estimated three years ago.

The financially strapped utility will never be able to cover the costs on its own, and its straits may well grow more dire. Many experts say the costs will rise further.

Decommissioning work alone -- including the disposal of contaminated water -- is now estimated at 8 trillion yen, up from an earlier projection of 2 trillion yen. If the costs continue to swell, Japan's consumers could pay a heavy price.

Meanwhile, the central government is still urging the heads of local governments to approve reactor restarts in their communities, but it has stopped using the word "cheap" to describe atomic energy.

The government's written restart requests used to emphasize that nuclear plants can generate electricity at low cost. But "cheap" was missing from a letter Saga Prefecture Gov. Yoshinori Yamaguchi received in January.

"Given the costs related to safety measures and other things, we can no longer say loudly that electricity generated by nuclear plants is cheap," a senior METI official said.

Saga Prefecture, in southwestern Japan, is home to Kyushu Electric Power's Genkai nuclear plant. The Nuclear Regulation Authority in January gave Kyushu Electric the green light to restart reactor Nos. 3 and 4 at the station. But even after meeting the watchdog's requirements, utilities must still overcome strong objections from the public and local officials.

Before the Fukushima meltdowns in March 2011, Japan drew a considerable portion of its electricity from 54 nuclear reactors. Today, only three are online: reactor Nos. 1 and 2 at Kyushu Electric's Sendai plant in Kagoshima Prefecture, and the No. 3 unit at Shikoku Electric Power's Ikata plant in Ehime Prefecture.

The case for restarting reactors is difficult to make, in part, because Japan has been getting by with very little nuclear power. Barring the days just after the disaster, there have been no serious disruptions to lives and industries. This, coupled with declining electricity demand, has many arguing that nuclear fission is no longer a necessary part of the power equation.

Does that argument hold water?

Since the disaster, Japan has significantly boosted electricity generation at thermal power plants. The negative effects of relying on this type of power should not be ignored.

In response to higher fuel costs, the country's 10 major electric utilities will raise their rates for the third straight month in April. Crude oil prices have surged following OPEC members' November 2016 agreement to cut production. Prices for liquefied natural gas -- now a key fuel for thermal power -- have been climbing in tandem with oil.

X-factors for crude and LNG prices include Middle East instability and the energy policy of new U.S. President Donald Trump.

In addition, continuing to lean on thermal power plants would run counter to efforts to fight climate change. Finding the right combination of power sources -- including renewables like solar and wind -- is crucial.

In 2015, the central government unveiled a long-term vision for the country's "energy mix." According to the breakdown, nuclear plants will need to provide 20-22% of the country's juice in 2030.

Given the importance of a stable energy supply, going nuclear-free does not appear to be a viable option. Recognition of this may be the starting point for the government's efforts to revise its basic energy plan this year.