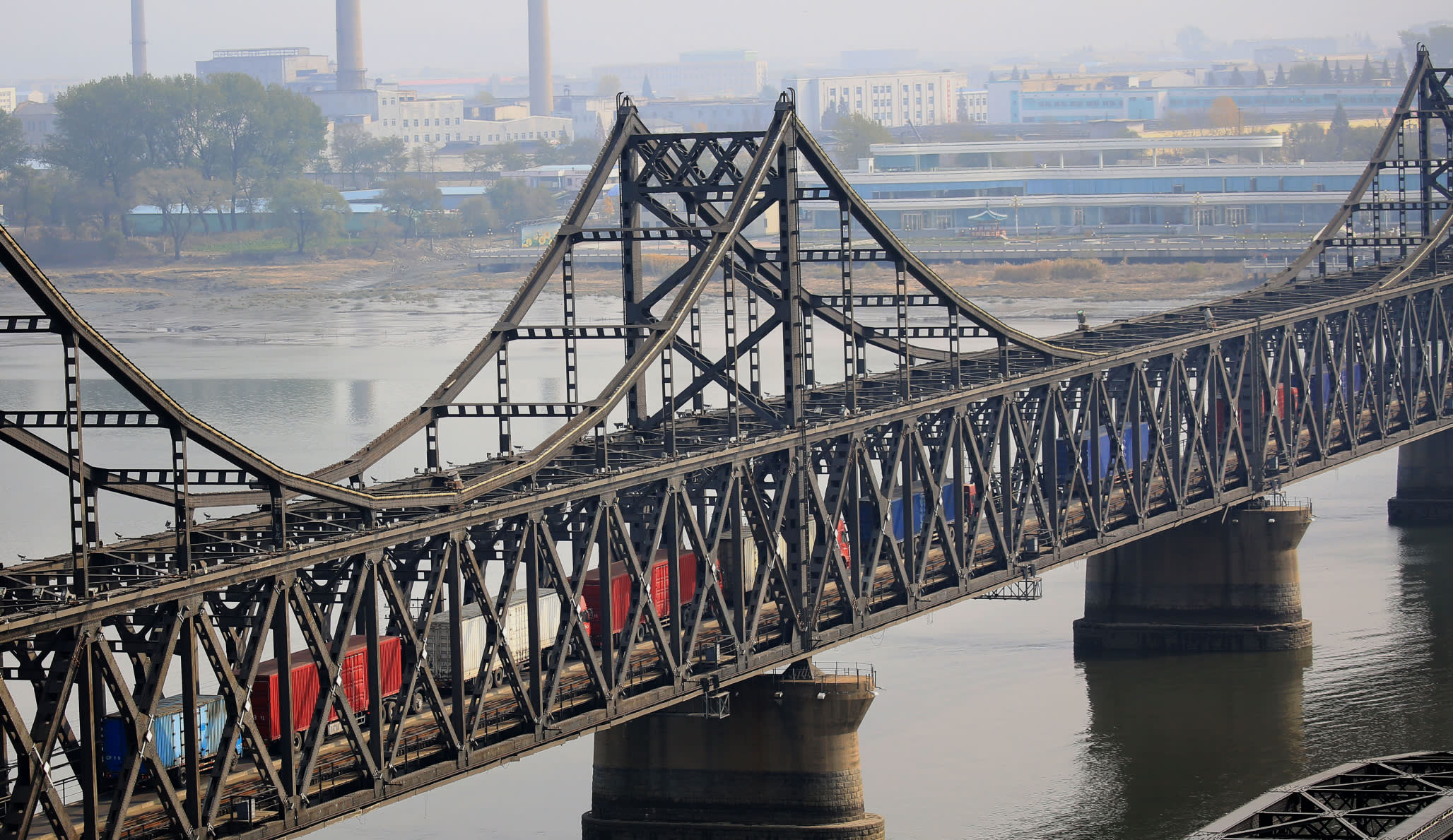 TOKYO -- As many as 49 countries have violated United Nations sanctions against North Korea one way or another, according to a recent report from a U.S. think tank. The findings suggest Asian neighbors, including Japan, and other countries still have a great deal of loophole-closing to do.

The report, released by the Institute for Science and International Security, identifies not only countries that have engaged in arms deals with the North but also those that have allowed the regime to conduct business and procure materials that could be used for nuclear weapons.

Thirteen were found to have engaged in arms trading -- primarily countries with a history of political turmoil, such as Syria, Angola, Iran, Myanmar and Sri Lanka. "North Korea often cooperates with or otherwise exploits countries with weak or nonexistent export and proliferation financing controls and those that suffer on average from more corruption than other countries," the report states.

Other countries stand accused of facilitating the North's weapons program by failing to cut off access to business and transport services. Most of the Asian countries fall into this category, including Malaysia and China. Advanced countries like Japan, Germany and France were also deemed culpable in certain respects. 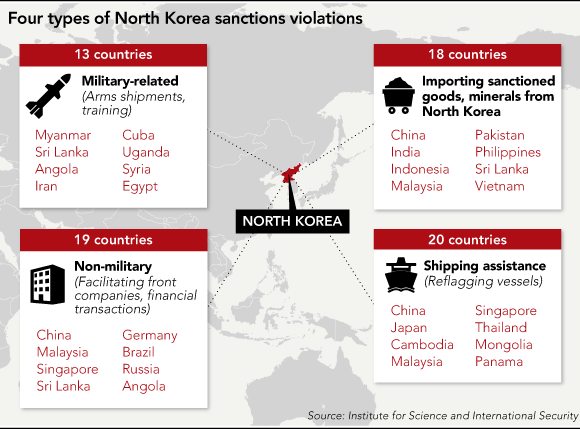 The Washington-based think tank, which is dedicated to nuclear nonproliferation issues, is sounding the alarm after the North's significant progress on the nuclear and ballistic missile fronts this year alone. After testing a nuclear bomb in September that was an estimated eight times as powerful as the one dropped on Hiroshima in 1945, Pyongyang last month launched a missile capable of reaching all of the mainland U.S.

The report, issued on Tuesday, underscores Washington's frustration with how even allies are undercutting President Donald Trump's screw-tightening campaign against the North.

North Korea has been hit with much tougher economic sanctions over the past year. Countries are now forbidden to import North Korean coal, iron ore and other minerals, fisheries products and conventional weapons. They are also banned from exporting to North Korea anything that could be used in nuclear weapons development.

"The United States and Europe in particular should press every country engaged in military or sanctioned trade with North Korea to stop any such activities and deploy their own sanctions designations against those that fail to do so," urges the report, which is based on information gathered by the U.N. Panel of Experts on North Korea sanctions from March 2014 to September 2017. The Mangyongbong, a North Korean ferry, is seen docked in Vladivostok. Service between North Korea and the Russian Far East resumed this year, drawing international criticism.

North Korea is a poor and underdeveloped economy. But despite its pariah status, leader Kim Jong Un's regime has shown a surprising ability to mobilize resources to build nuclear weapons capable of striking the U.S. Analysts were particularly stunned by the Nov. 29 missile test, which demonstrated a potential range of 13,000km -- enough to reach Washington, D.C.

Experts suspect rocket engines were smuggled in from Russia or Ukraine, and that North Korea is running chemical factories to produce liquid rocket fuel.

The report groups countries together according to the nature of their dealings with the North, with some overlap across categories. Nineteen, including China and Russia, were found responsible for nonmilitary-related sanctions violations, such as facilitating front companies and financial transactions.

The report lists 18 -- among them American allies like France and Germany -- involved in imports of sanctioned goods and minerals. Although such violations appear to be unintentional, they show the international community has yet to truly cut off the regime.

And 20 nations have allowed North Korea to transport goods, minerals and technologies under the radar, by letting North Korean ships hide their nationality under a third country's flag. These countries include Japan, Singapore and Thailand.

Most experts still agree that sanctions are the best option for checking North Korea's nuclear ambitions. U.S. Defense Secretary James Mattis has warned that Washington is ready to use military force but has stressed that any war would be "catastrophic" for the region, especially for South Korea, whose capital lies within range of the North's artillery and rocket arsenals.