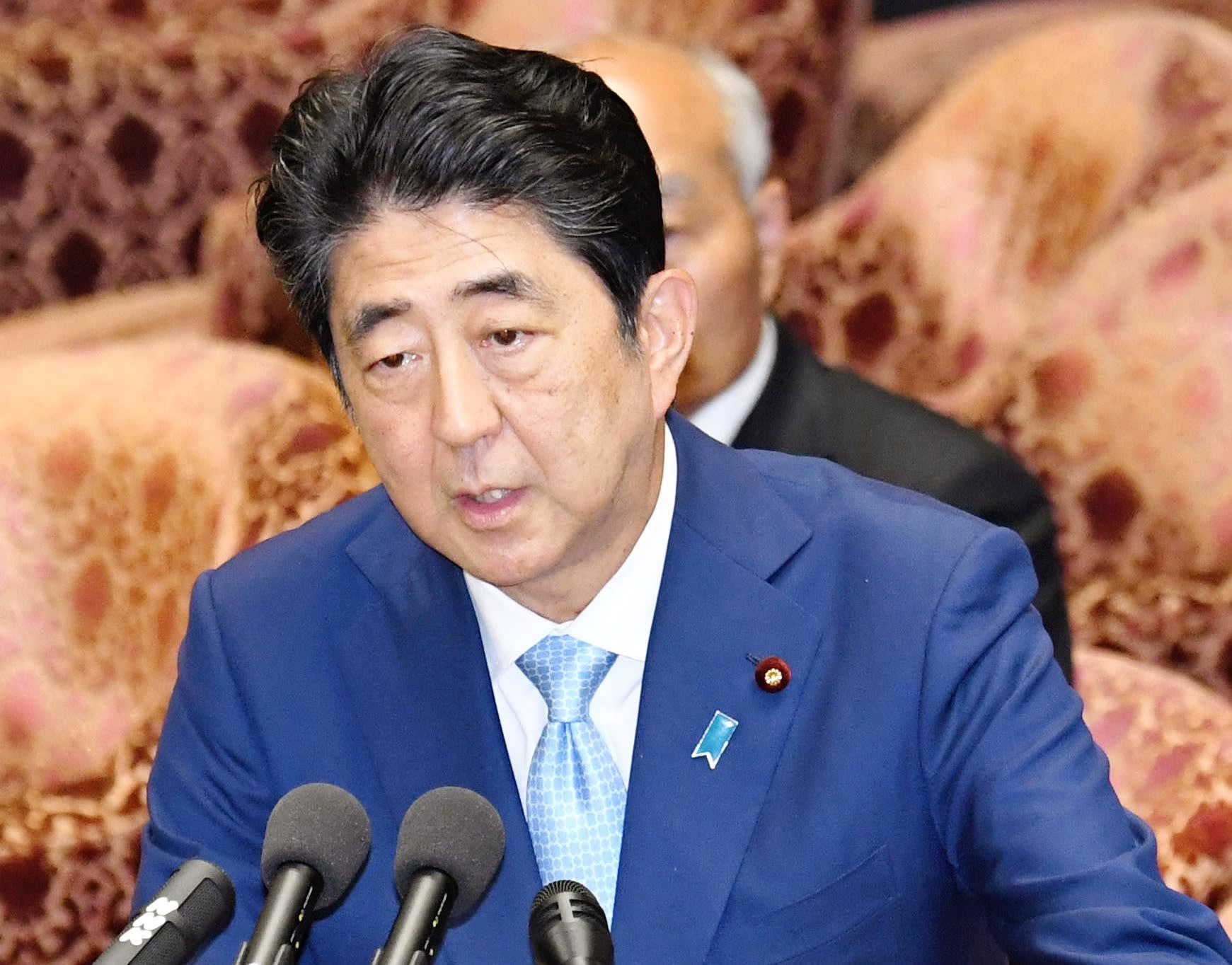 TOKYO -- As Japan debates its core economic policy for this year, Prime Minister Shinzo Abe is seizing on a proposal for free college education as a way to stimulate spending and possibly push back the debt reduction deadline.

"Higher education must be truly available to all citizens," Abe said in a policy speech on Jan. 20, signaling his support for amending the constitution to eliminate tuition for kindergartens through colleges. But he did not once mention achieving a primary balance -- matching government spending excluding debt-servicing costs with revenues -- even though it was frequently brought up in previous statements.

Abe seems to be responding to a proposal by opposition party Nippon Ishin no Kai, which wants to revise the constitution to guarantee free education. In a meeting with party chief Ichiro Matsui and legal adviser Toru Hashimoto on Dec. 24, the prime minister stressed that he needed the party's cooperation and political expertise in achieving the agenda. 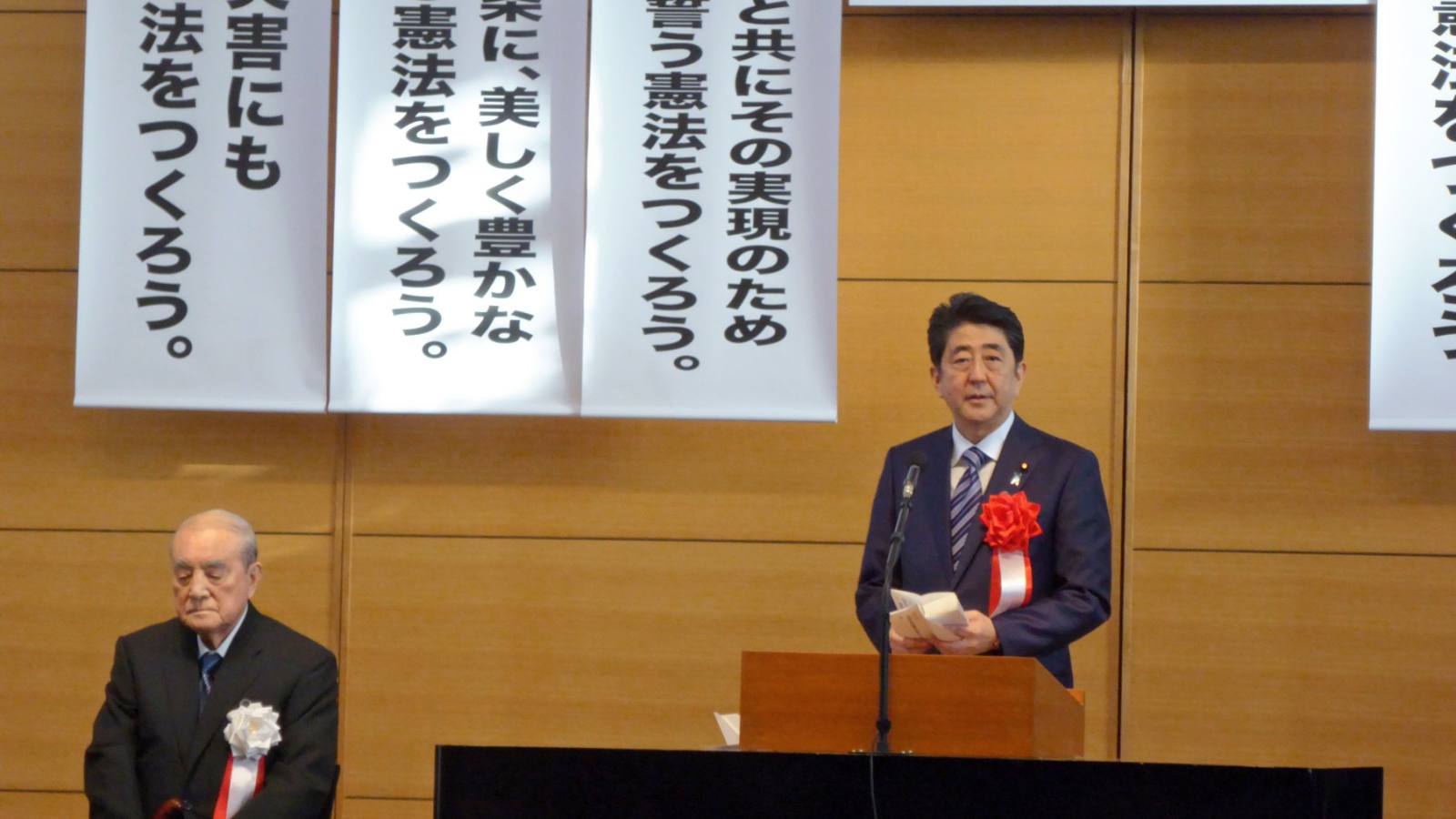 Japan's Abe ready to go for broke on constitutional changes

Nippon Ishin no Kai's plan will cost Japan an estimated 5 trillion yen ($44 billion) a year. While it is almost impossible to secure such a large sum through the regular budgetary process, the government may legally be required to do so if the constitution explicitly guarantees free education.

Free tuition would be a boon to Abe's own agenda as well. If it frees up the 5 trillion yen Japanese households spend yearly to send their children to school, they can use the cash elsewhere to help Japan overcome deflation. The government will be able to address deflation and change the constitution at the same time, while also coming up with an excuse for postponing its goal to achieve a primary surplus.

Abe found further support at an economic policy meeting on March 14. His guest, Nobel Prize-winning American economist Joseph Stiglitz, stressed the importance of investing in education while asserting that the Japanese debt load is not as grave as people thought. The Columbia University professor argued that the Bank of Japan should work with the government to cancel debt.

"Professor Stiglitz articulated what I have always wanted to say," Abe said, welcoming the statement. He also echoed Stiglitz's assessment that Japan's fiscal situation did not call for much concern.

Although all the pieces seem to be in place for greater public spending, Abe still must overcome a number of fiscal obstacles. To begin with, the primary surplus goal was a cabinet decision. The Finance Ministry effectively considers it an international commitment.

Some close to the prime minister have proposed a strong-arm tactic, using his political dominance to delay both a planned consumption tax hike and the primary surplus target at the same time.

Abe has yet to face any significant challenges for the ruling Liberal Democratic Party's next leadership race in September 2018. He could seek a mandate for his new policies, including free education, through the party race and a snap lower house election. Even if Abe puts off fiscal reform, defeating the deflation that has long plagued Japan by 2021 would be a legacy worth pursuing.

But even if Abe can convince the Finance Ministry and naysayers in his own party, the market and the international community probably would slam him for brazenly delaying fiscal reconstruction. A compromise would be to hike the consumption tax to fund free education. This would satisfy one of the Finance Ministry's dearest goals, but higher government spending would mean a primary surplus will not be achieved by fiscal 2020.

Of course, if the Japanese economy remains strong and tax revenues grow significantly, the government could still raise the consumption tax as planned in October 2019 and achieve a surplus. But Japan expects the real economy to grow 1.5% this year, down from the initial projection. Abe has most likely given up on raising the consumption tax as planned.

The policy plan for 2017, to be finalized next month, is likely to sound familiar themes, such as a call for equal opportunities in education. It will also urge reforms at universities to discourage criticisms that it is engaging in pork-barrel policies. But between the lines, Abe could suggest that postponing the primary balance target is a definite possibility.