Pouring diluted tritium into sea would trigger backlash, but space is tight 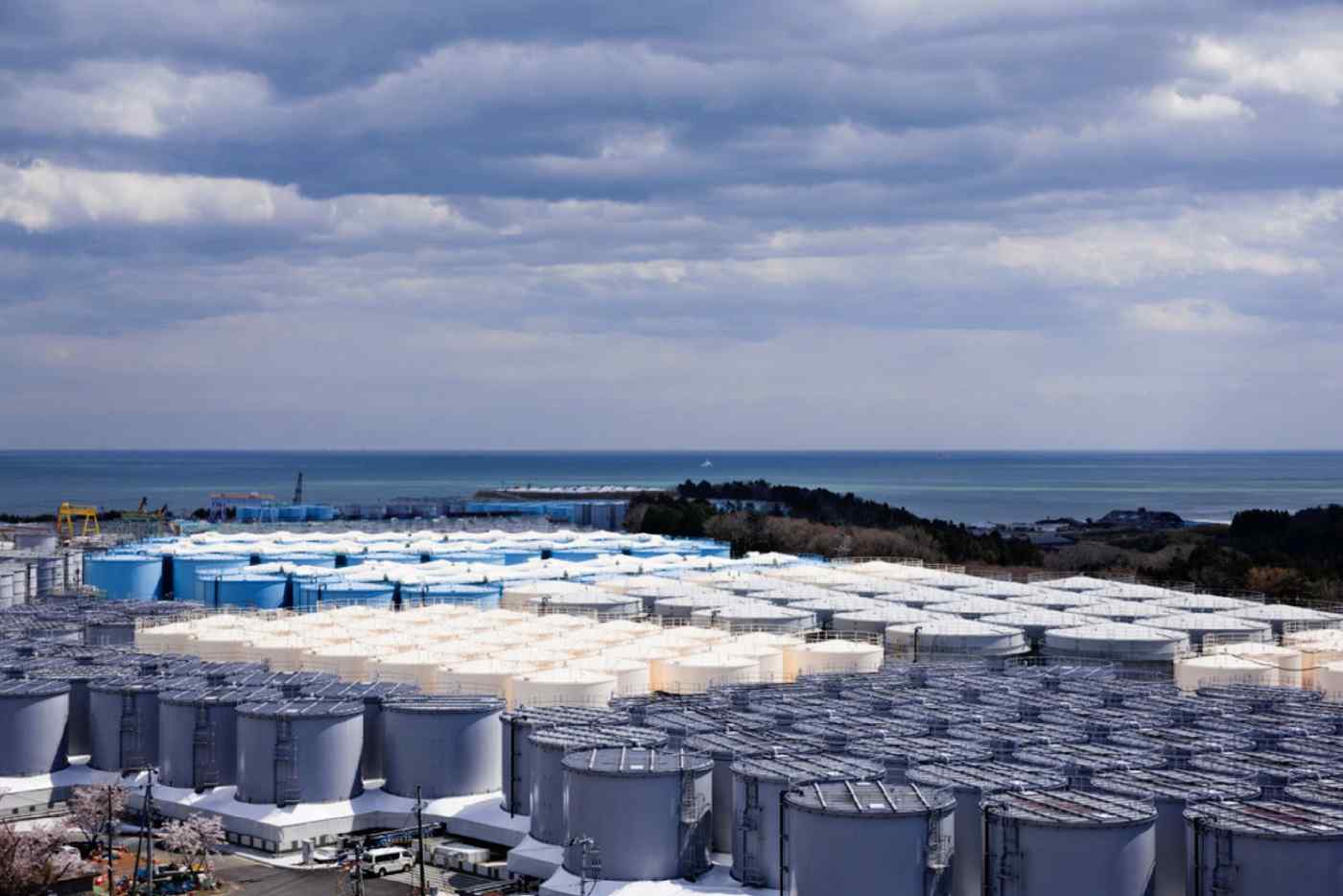 TOKYO/FUKUSHIMA, Japan -- Space for storing treated but still radioactive water is running out at Japan's crippled Fukushima Daiichi nuclear power plant. Soon, the government and utility Tokyo Electric Power Co. Holdings will have to make a decision: Should they dump the water into the sea?

About 1 million tons of treated water is being kept in tanks at the site. Within three years, there is likely to be no room left for additional tanks. A solution to the ever-growing amount of water must be found so that the decommissioning of damaged reactors can proceed.

Even after treatment, the water in some 600, or 70%, of the tanks still contains tritium -- an isotope so weak that its radioactivity can be blocked by a piece of paper. Releasing this water into the ocean is considered the most practical answer. In 2016, the Ministry of Economy, Trade and Industry estimated that the discharge could be carried out in a short period of time at a lower cost than any other options.

But the nuclear catastrophe, which was triggered by the earthquake and tsunami that hit northeastern Japan in March 2011, has left the public suspicious. Many local residents see Tepco as the real culprit for failing to prevent the meltdowns. The government and utility are well-aware that pouring tainted water into the sea would only fuel mistrust, and they are looking for ways to keep rumors in check.

Tepco has already run into trouble over this. Last July, Chairman Takashi Kawamura was reported to have said that the utility had "made its decision" to release the water into the sea. This sparked a backlash from the National Federation of Fisheries Cooperative Associations, which called it "a double-cross against fishermen and people." 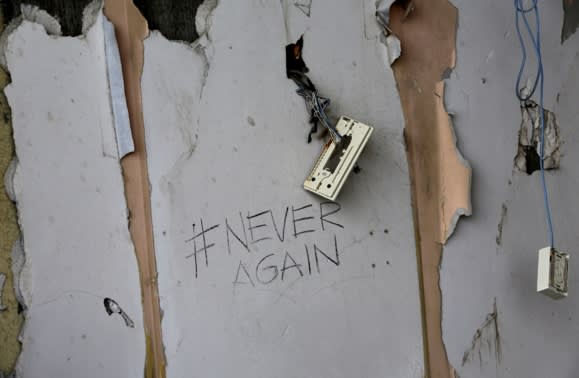 A message scrawled inside an abandoned elementary school in Namie, Fukushima Prefecture: Mistrust of Tepco and the nuclear industry still runs deep.   © Reuters

On Jan. 31, Tepco announced a plan to prevent damaging rumors about agricultural and marine products from Fukushima. This includes assistance with securing nationwide sales routes for the products. But Tepco itself acknowledges the need for government help.

"It is impossible to wipe out harmful rumors without the involvement of state and local governments," Junichi Matsumoto, a senior official in charge of decommissioning at in-house Tepco unit Fukushima Daiichi Decontamination and Decommissioning Engineering, said two days later at a panel discussion organized by the trade ministry.

Either way, another panel participant warned that releasing the water is unlikely to go over well, as public "understanding of radioactivity has yet to take hold."

The reality is that tritium-tainted water is routinely dumped into the oceans from nuclear plants around the world. In case of Japan, before the 2011 disaster, an average of 380 trillion becquerels of tritium were dumped across the nation every year. A becquerel is a measure of radioactivity. 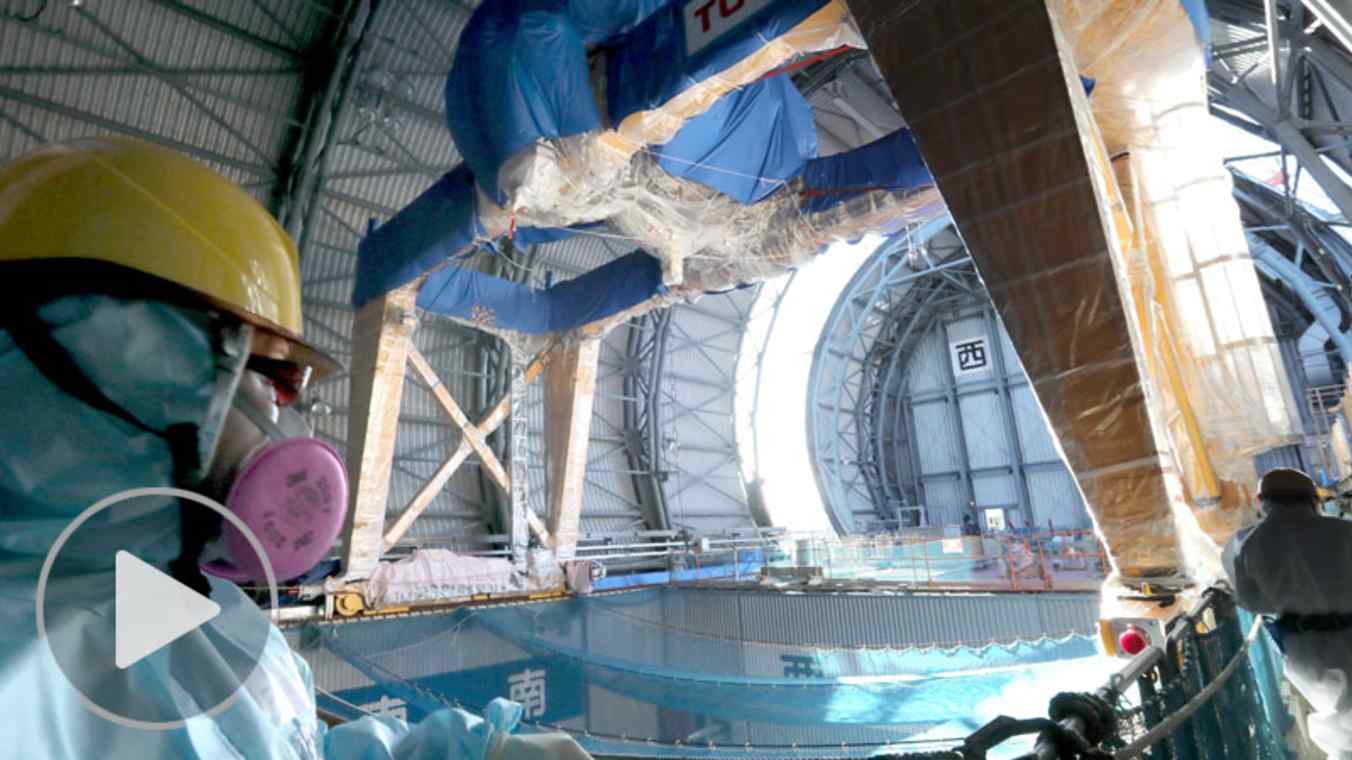 The nuclear regulator's chairman insists it is safe to dump the water. During a visit to Fukushima in January, Fuketa said it is "scientifically evident" that there would be no harmful effects on marine products or the environment.

Nevertheless, the doubts run deep, and not only in Japan. Countries such as South Korea still ban imports of fishery and other products from Fukushima.

A fisheries industry official in the Fukushima city of Soma said releasing the water would "disrupt trial fishing and all other efforts we've built up to resume operations."

But something must be done about the water. Once a decision is made to dump it, about two years will be needed for preparations -- from securing official approval and reaching out to residents to building a pipeline.

Seven years after the disaster, "a time limit for the decision is nearing," a trade ministry official conceded.

Fuketa said, "New difficulties will emerge if a decision is not made within this year."

So officials are contemplating how to ease the anxiety. When it comes to radioactivity, "science and rationality alone cannot win public understanding," a Cabinet Office official said.

The trade ministry panel, meanwhile, put together a list of tasks, with remarks such as, "A sense of security requires science plus something extra," and, "We should issue a message to dispel misunderstandings among neighboring countries."