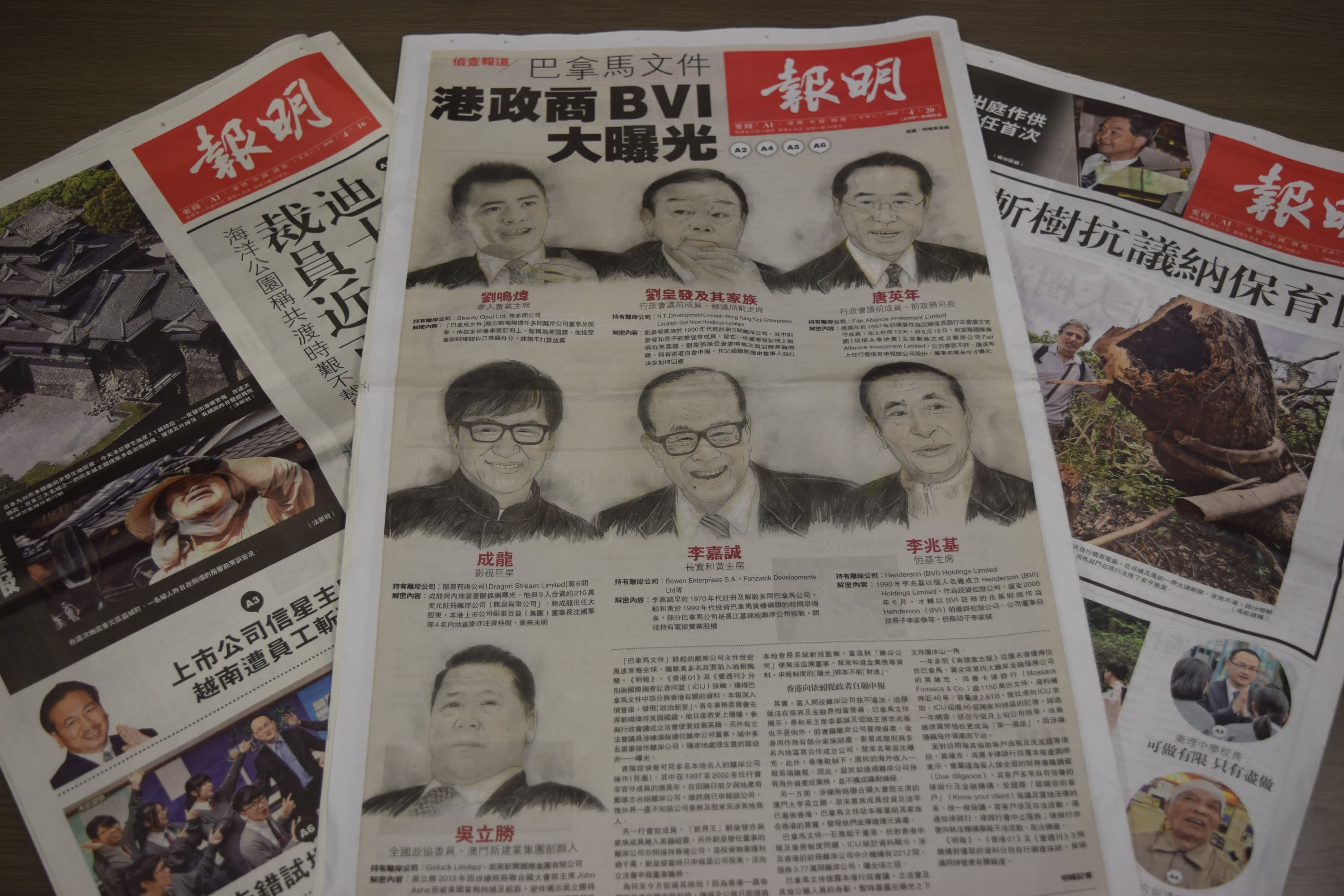 Keung Kwok-yuen, executive chief editor and columnist at one of Hong Kong's most respected newspapers, was fired with immediate effect to "save resources," according to the paper's staff union.

The union said in a statement it was "extremely angry" about the decision and believed that Chief Editor Chong Tien Siong had used cost reduction as an excuse to "punish editorial staff who have different opinions."

There was speculation that a sensitive report based on the Panama Papers on Ming Pao's front page on Wednesday led to the downfall of Keung, who was responsible for making editorial decisions.

But Ming Pao's CEO Tiong Kiew Chiong dismissed claims that the sacking was linked to the Panama Papers report and that management was targeting particular staff members. In an interview published on the paper's website on Wednesday evening, Tiong said turnover had fallen over the past 1.5 years and that the group had chosen to lay off Keung rather than cutting pay.

But asked if the decision to fire Keung was made by Chong himself, Tiong said: "Correct."

Ming Pao said earlier the move was part of the company's cost-cutting measures in the face of a "difficult operational environment" for the newspaper industry. "We have no alternative but to cut staff from the business and editorial department, including high-level staff," it said in a statement. "The company hopes to get through these difficult times as soon as possible. Ming Pao's editorial policy will remain unchanged."

Keung, a seasoned journalist, was known for his outspoken style and his Sunday column that offered detailed analyses of current affairs using his pen name On Yu. He recently wrote about the political suppression against "Ten Years," a controversial film that depicts a bleak future for Hong Kong under Beijing's control. The film, which is banned in mainland China, scooped the best film prize at this year's Hong Kong Film Awards.

The sudden sacking of Keung has sparked fears that the paper's editorial independence is once again under threat. Personnel reshuffle at Ming Pao is not new. Chong, a Malaysian journalist viewed as pro-Beijing, was appointed as the paper's chief editor in 2014 to replace industry veteran Kevin Lau Chun-to, who later assumed a new role to develop the group's online business and electronic books.

Meanwhile, a recent survey shows that Hong Kongers' satisfaction with press freedom has fallen to the lowest level since the former British colony was returned to Chinese rule in 1997.

Over half of the 1,006 interviewees said that local news media have practiced self-censorship, according to a poll conducted by University of Hong Kong Public Opinion Program between April 11 and 14. A majority of them believe that self-censorship primarily stems from the media's "hesitation to criticize the central government," said Edward Tai Chi-fai, the program's senior data analyst.