In Hiroshima, Obama calls for mankind to turn against war 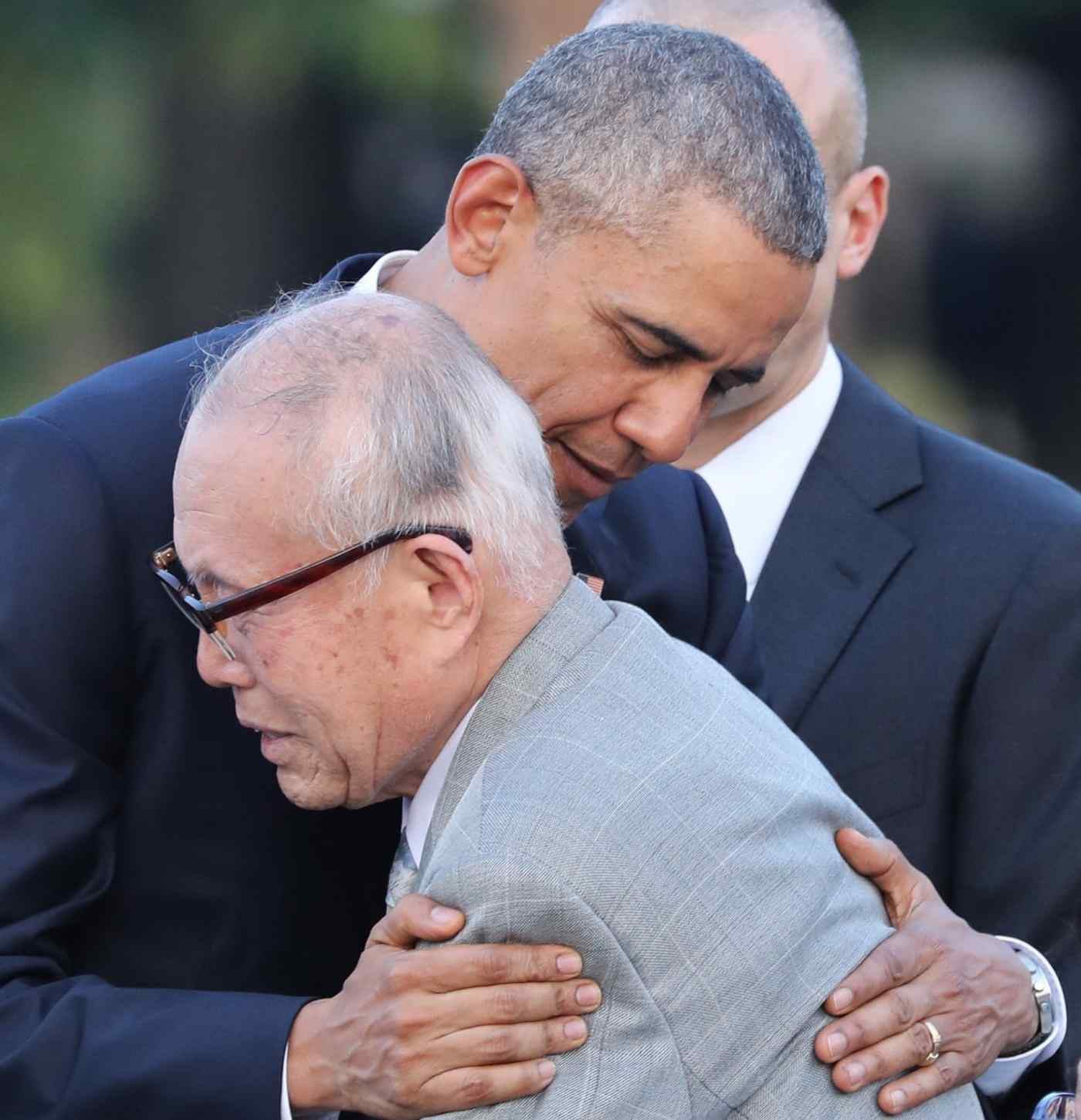 HIROSHIMA, Japan -- Visiting the site of the world's first atomic bombing in Japan, U.S. President Barack Obama called on Friday for humanity to "change our mindset about war itself. To prevent conflict through diplomacy and to strive to end conflicts after they've begun."

In remarks that went well beyond his previously stated ambition to rid the world of nuclear weapons, Obama reflected on the nature of war itself and mankind's proclivity to conflict, so dramatically expressed by the detonation of the first atomic bomb. "The memory of the morning of August 6, 1945 must never fade," he said, as some of the ageing survivors from the blast listened nearby.

Looking back at the American nuclear attack in the final days of World War II on Hiroshima, which killed 140,000 people, Obama said "on a bright cloudless morning, death fell from the sky and the world was changed. A flash of light and a wall of fire destroyed a city."

He went on: "We have a shared responsibility to look directly into the eye of history."

Taking into account the sensitivities on both sides, Obama, the first serving U.S. president to visit the city, did not apologize, nor did he revisit the decision by then-President Harry Truman to approve the nuclear attack. He was also careful to mention the deaths of Korean and American prisoners of war in the blast, as well as Japanese victims, and paid tribute to the heroism of those who fought in World War II while dwelling on its heavy cost of 60 million lives.

The president's speech was often reflective, with frequent pauses between phrases to allow his listeners to consider what he was saying. "We came to mourn the dead," Obama said. "Their souls speak to us."

Standing with Japanese Prime Minister Shinzo Abe, Obama laid a wreath at the memorial to the victims of the bombing and observed a moment of silence, standing without a bow. Abe then followed suit, bowing. The two leaders had earlier visited a nearby museum chronicling the horrors of the bombing. They came to Hiroshima from Ise-Shima, the venue of the Group of Seven leaders' meeting.

Although the U.S. and Japan have become close allies, the difference in perception between the Americans -- many of whom believe that the atomic bombing helped end the war more quickly and save thousands of lives -- and the Japanese, who see it as an unjustified massacre of innocent civilians, is still wide.

While calling for the eventual elimination of nuclear weapons, a member of Obama's entourage symbolized just how far away the world is from that elusive goal. Just steps behind the president walked a military aide with a black leather briefcase -- known as the "football" -- firmly gripped in his hand.

The briefcase carries the authentication codes to launch nearly 1,000 nuclear weapons within minutes, with enough firepower to destroy the world multiple times over.

When the U.S. dropped the "Little Boy" bomb on Hiroshima, Truman told his people that the bomb was "more than two thousand times the blast power of Grand Slam," the British bomb which was until then the world's largest. The codes in the bag that Obama commands are equivalent to around 22,000 Hiroshima bombs.

After the wreath-laying ceremony, the two leaders walked across the park to the Atomic Bomb Dome, the sole structure in the area that survived the blast. According to Japanese government officials, Obama told Abe that he was very pleased to have been able to come to Hiroshima.

Abe responded by saying, "Without doubt, this visit will be a major step toward a world without nuclear weapons." To this, Obama replied: "Shinzo, we have lots to do together. Today is just the start."

It was 8:15 on Monday, Aug. 6, 1945, when the hatch on the B-29 bomber named Enola Gay was opened, 9,500 meters above Hiroshima. The target was set on Aioi Bridge, a landmark located just 300 meters from where Obama on Friday laid a wreath in memory of the victims.

It took roughly 43 seconds for the bomb to descend to 580 meters above ground, where it detonated. The blast obliterated everything in the vicinity.