NEW DELHI -- If you wish to travel to New Delhi anytime soon, it might be better to postpone that plan. The Indian capital is choking under very severe pollution levels, with doctors warning that inhaling its hazardous air is equal to smoking 50 cigarettes a day.

A thick layer of toxic smog has been hanging over the city since Tuesday, with visibility as low as 30 meters in some parts during early morning hours. Residents have been complaining of breathing trouble, burning sensations in their eyes and other health problems.

The alarming situation prompted the New Delhi government to close schools until the weekend and to advise people to remain indoors and use carpooling and public transport as much as possible.

It is also implementing the "odd-even" rule next week, under which road use is restricted based on vehicles' registration plates. Cars with plates ending in odd numbers can drive in the capital every other day, alternating with those with even numbers. The scheme was implemented last year on experimental basis.

New Delhi's air quality is never very good, but it worsens around this time of the year, mainly due to the burning of crop residue by farmers in neighboring Punjab and Haryana states. Fireworks set off during the annual Hindu festival of Diwali are also blamed for the spike in pollution levels. 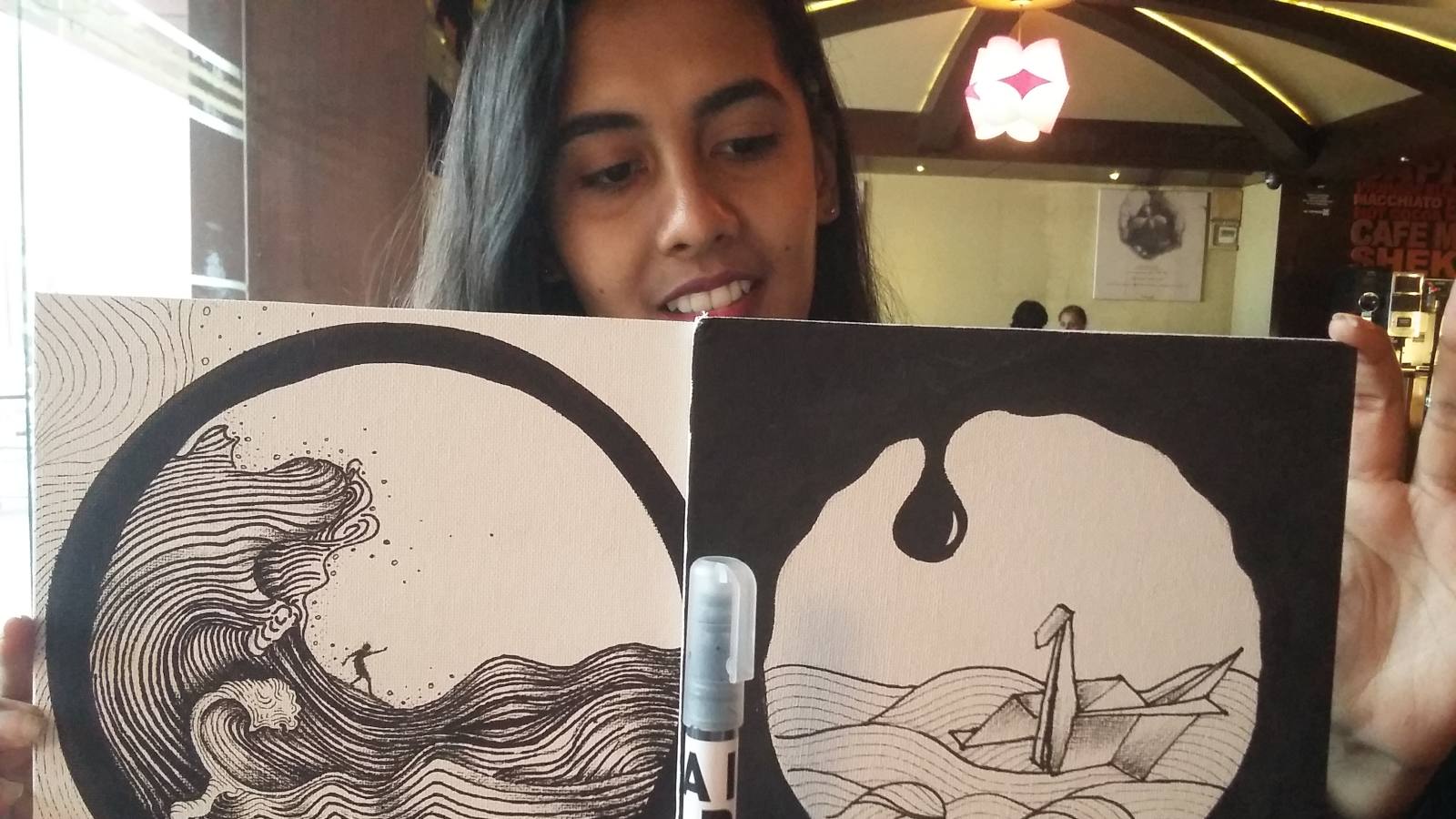 Delhi traders dismayed by ban on fireworks sale before Diwali

This year, ahead of Diwali, which fell on Oct. 19, the country's top court banned the sale of fireworks in the capital city and surrounding areas, but the measure had little effect and pollution levels remained very poor even after the festival.

The air quality index reading reached 999 micrograms per cubic meter in some parts of the city -- the maximum that monitoring devices can record. The reading is based on PM2.5, or the concentration of harmful fine particulate matter with diameters equal to or smaller than 2.5 microns that can lodge deep in the lungs. In India, the permissible limit for PM2.5 (on a 24-hour basis) is 60 micrograms per cubic meter, while World Health Organization standards set it as 25.

"Authorities react only when the peak episode arrives and the level reaches 900-1,000. Nobody cares about it when it goes down to 200 or 250, which is at least 4 times the Indian standard and more than 10 times the WHO standard. This level is still hazardous," Sunil Dahiya, Greenpeace India senior campaigner for climate and energy told the Nikkei Asian Review.

The average current pollution level is nearly the same as this time last year, but it stayed at the peak for longer in 2016, when the situation was described as the worst in 17 years. "We still have to see for how many days the situation remains the same this year [in order to compare it with last year]," Dahiya said.

Every year from mid-October farmers in New Delhi's neighboring states start to burn stubble -- a process that lasts for a month -- as they have no other alternative to dispose of the waste. Authorities have done little to address the issue.

Toxic fumes entering New Delhi from these states and pollution emanating from other sources, including industrial and vehicular emissions, get trapped in the city air, which at this time of year has a high moisture content. The low average wind velocity of 3-4 kph does little to help, with speeds of more than 10 kph needed to disperse pollutants.

Delhi's Chief Minister Arvind Kejriwal said the city had turned into "a gas chamber." Last November, the government had to declare an "emergency situation" in the capital and closed schools for three days.

"The pollution levels are very bad around this time," said Anil Kanwar, a paediatrician at New Delhi-based Neptune hospital. "I see every day 15-20 children suffering from pollution-related diseases such as asthma problems, allergies in the nose, burning in the eyes and skin issues."

Greenpeace's Dahiya points out that public health had never been on the authorities' agenda, with very little political or administrative will to counter the problem.

"Not only do we need to deal with firecrackers and crop burning, but also other big pollution sources like industries, thermal power plants and vehicular emission," he said, adding that the pollution level was expected to reduce a little bit by the weekend but would still be hazardous.

"Some people may be earning just 300 rupees a day and spending 30% of it on the family health expenditure [because of pollution-related diseases]. Some may not even be returning to work [due to persistent health issues]. This is a huge economic and productivity loss, and we are also losing lives every day."

According to a study in medical journal The Lancet, published in October, pollution-linked diseases were responsible for 2.5 million premature deaths in India in 2015, the highest level in the world. Globally, the number was 9 million, causing three time more deaths than AIDS, tuberculosis and malaria combined.