Indrawati, a former managing director at the World Bank, laid out her concerns in a letter to Energy and Mineral Resources Minister Ignasius Jonan and State-owned Enterprises Minister Rini Soemarno. The signed letter, dated Sept. 19, was leaked to local media outlets, which published its contents on Wednesday.

In the letter, Indrawati said, "The financial performance of PLN continues to decline [due to] obligations to meet payments of principal and interest on loans." This has forced the Finance Ministry to "apply for waiver requests to PLN lenders" in the past three years, she said. President Joko Widodo took office in October 2014. 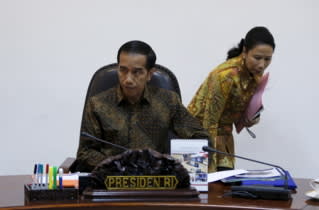 "PLN's principal repayments and loan interest are projected to increase in the next few years," she said. "Meanwhile, the growth of electricity sales is not in line with the target, and the government's policy to eliminate increases in electricity tariffs could potentially increase the risk of default at PT PLN."

Given this risk, Indrawati said it is "necessary to adjust the investment completion targets," referring to the company's plan to add 35,000 megawatts of generating capacity by 2019, a centerpiece of Widodo's infrastructure development program.

In a media release Wednesday, the Finance Ministry said it regrets the leak but is "obliged to manage the state budget prudently and sustainably, including monitoring and assessing fiscal risks from various public activities."

The pressure is on

Indrawati's warnings come as Widodo's push to speed up infrastructure development continues to put pressure not only on the budget but on state-owned enterprises. 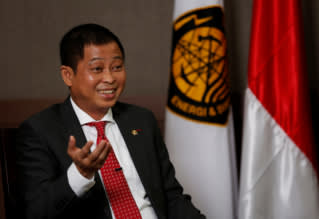 Widodo scrapped gasoline subsidies shortly after taking office, freeing up the equivalent of billions of dollars for infrastructure spending. But sluggish tax revenue has led to a growing budget deficit, which is capped at 3% of gross domestic product under Indonesian law. The deficit is expected to rise to 2.9%, according to this year's revised budget. Unable to ramp up the infrastructure budget, the government is increasingly relying on companies, including state-owned enterprises like PLN, to finance investments.

Some analysts share Indrawati's concerns. S&P Global cut PLN's stand-alone credit profile in June 2016 and made no changes when it upgraded Indonesia's sovereign debt to investment-grade in May this year.

On Sept. 19, the day that Indrawari's leaked letter was signed, PLN held a news conference to explain the slow growth in electricity sales. Cooler temperatures in some cities led customers to use less air conditioning. And the shift toward more e-commerce, among other things, has led to lower demand from business customers, the company said. In a bid to diversify its funding sources, the utility also sold securities backed by future revenue from some power plants.

Disputes over economic policy are usually resolved behind closed doors in Indonesia. The fact that this one spilled out into the public is a sign of growing discord among ministers, which could make future infrastructure projects harder to carry out.