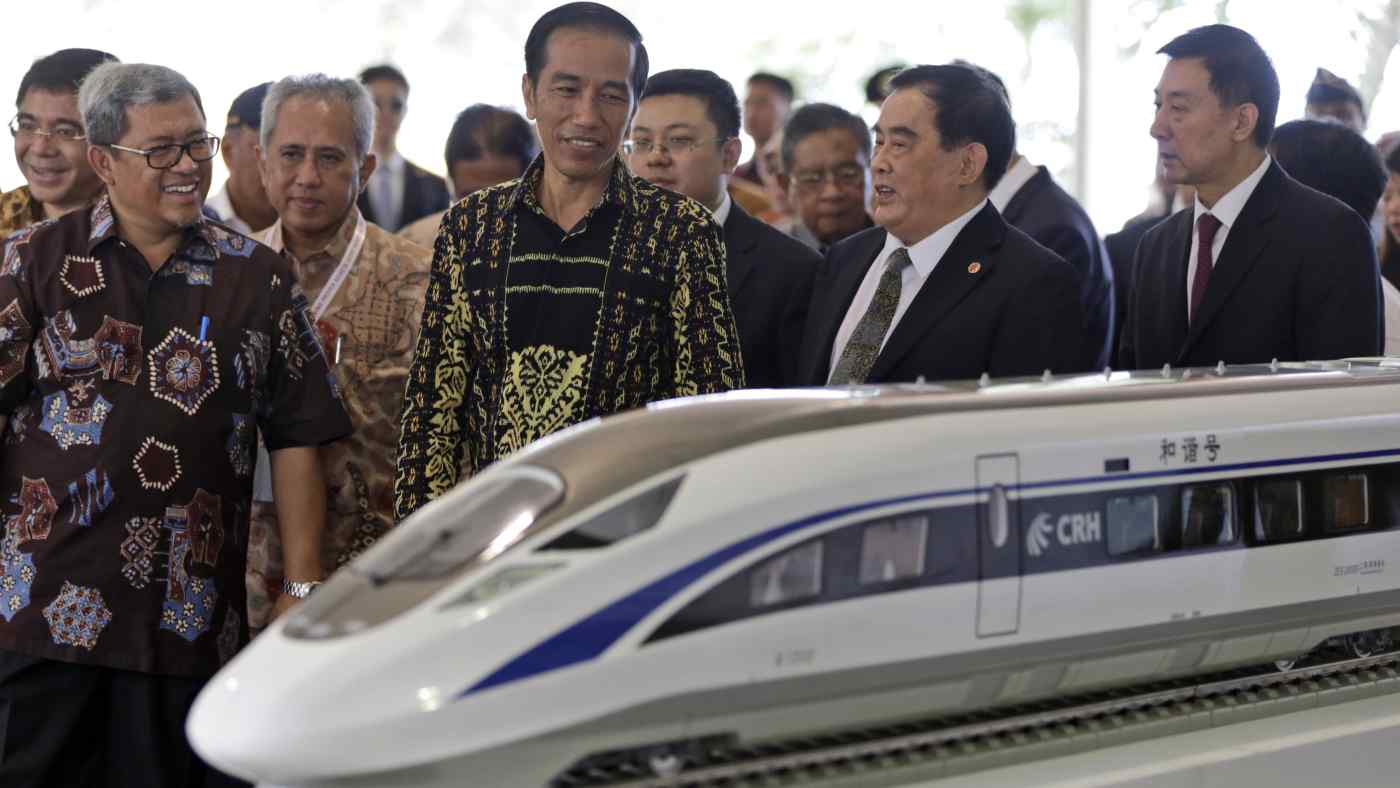 Indonesian President Joko Widodo, center, inspects a model of the high-speed train which will connect the capital city of Jakarta to the country's fourth largest city, Bandung, during a groundbreaking ceremony for the construction of its railway in Cikalong Wetan, West Java, Indonesia in January 2017.
JUN SUZUKI and HIROSHI KOTANI, Nikkei staff writersFebruary 15, 2017 13:30 JST | China
CopyCopied

JAKARTA/BANGKOK -- A more than $5 billion high-speed rail project in Indonesia is stuck in the station amid difficulty obtaining land along the planned route from Jakarta to Bandung, potentially derailing Chinese financing for the endeavor.

Several loaders and trucks were hard at work in late January turning a patch of dense forest near Bandung, in the province of West Java, into a swath of bare earth. The area is to house Walini Station, a key site along the route planned to link Bandung to the nation's capital. But a year after a groundbreaking ceremony for the railway attended by Indonesian President Joko Widodo, neither stone nor steel marks the future station as construction has clearly fallen behind schedule.