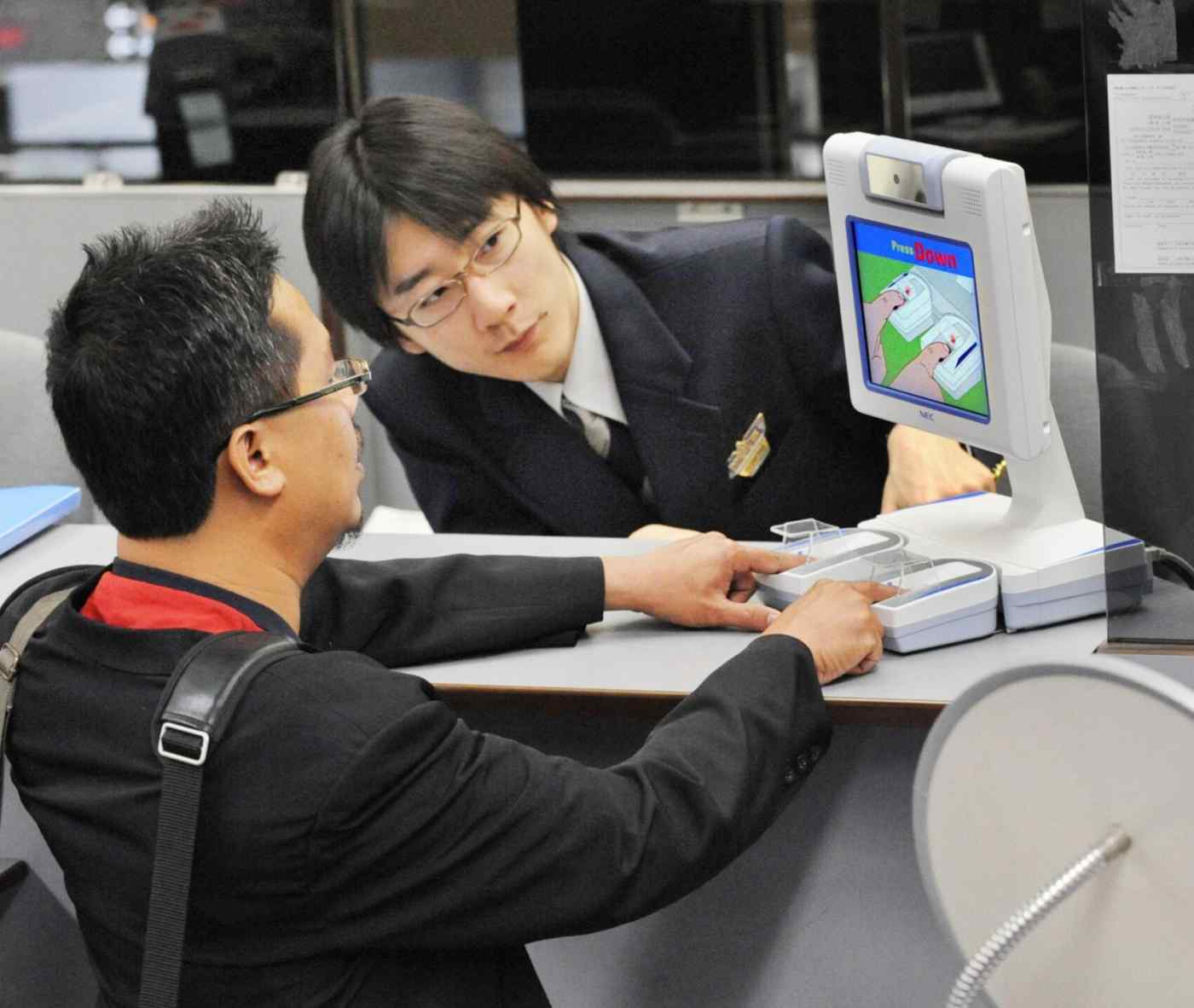 A preclearance system would let some travelers to Japan undergo part of the screening process, including fingerprinting, before taking off.
August 15, 2016 02:00 JST | Japan
CopyCopied

Travelers using the preclearance program would take care of most of the inspection process at their local airport, including interviewing Japanese authorities and providing fingerprints and photos. They would be directed to a special lane upon arrival in Japan, where they would go through a much-shortened screening, skipping the steps that were handled ahead of time.

The government plans to start with South Korea and Taiwan before expanding the program elsewhere. It is in talks with authorities to send immigration officials to major airports in both locations, aiming to put the program in place in fiscal 2017.

Easing airport congestion is an important challenge for Tokyo as it works to double inbound tourism to 40 million visitors a year by 2020 from 19.74 million in 2015. Foreign travelers have reportedly waited as long as 84 minutes for immigration screening at Kansai Airport serving the Osaka area.

The government now lets frequent business travelers use automated immigration gates, which had been limited to Japanese nationals or foreigners residing in Japan. After going through screening at the airport once, travelers can pass through these gates on subsequent trips with just a passport and fingerprint check. Other time-saving efforts are underway, such as installing carts this fall to take travelers' photos while they wait in line. The government aims to reduce wait times to 20 minutes at most.

Though preclearance systems are growing more prevalent worldwide, no countries currently have such an arrangement in place for travelers to Japan. A temporary system was implemented for the 2002 World Cup hosted jointly with South Korea. And Japan launched a program with South Korea and Taiwan in May 2005, though it was scrapped in October 2009 after the Japanese government required even visitors using preclearance to provide pictures and fingerprints after arrival, defeating the time-saving purpose of the system.

South Korea and Taiwan together accounted for about a third of visitors to Japan last year, ranking second and third, respectively, data from the Japan Tourism Agency shows. Though China outpaced both, with 4.99 million visitors, Chinese immigration authorities are not keen on a preclearance system at the moment, a government insider said.