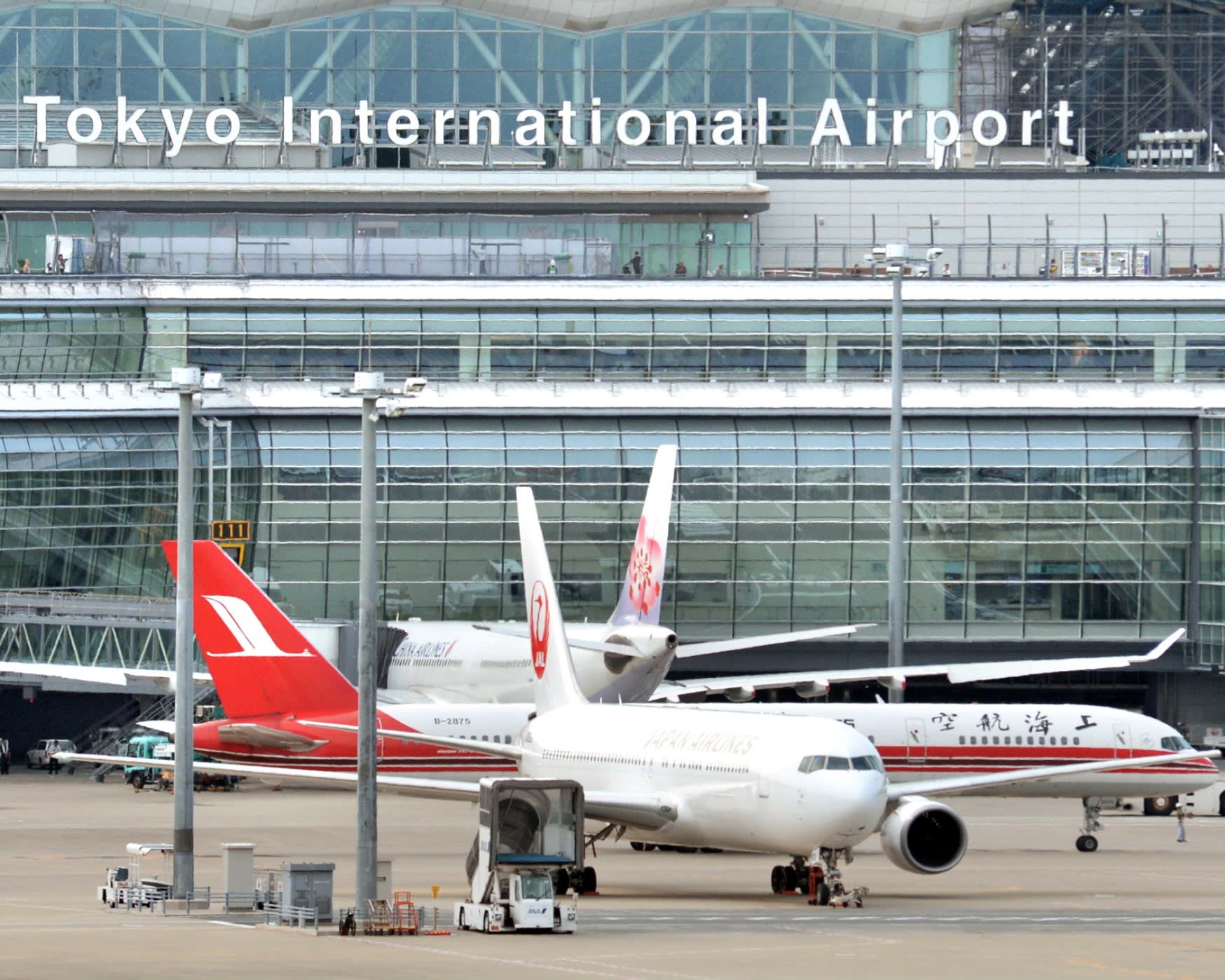 TOKYO -- The Japanese government is mulling an ambitious plan to expand takeoff and landing slots at Tokyo's two airports by 50% by the 2030s through easing flight restrictions above residential areas and building more runways.

With Japan aggressively courting foreign visitors, Narita and Haneda airports are expected to reach capacity as early as 2022. Japan also hopes that boosting flight slots will give the two airports an edge over other such Asian hubs as Seoul's Incheon and Gimpo.

The plan comes in two stages. In the first, the number of slots will be raised from an annual 750,000 at the end of fiscal 2014 to 830,000 by 2020, the year Tokyo hosts the Summer Olympics. Narita and Haneda will each handle 40,000 more flights. The second stage involves raising the total to 1.1 million in the 2030s by building a new runway at both airports. The increases will be allocated mainly to international flights.

For the initial increase, the transport ministry would ease regulations requiring that a majority of flights going into and out of Haneda Airport fly above Tokyo Bay, and introduce a new route directly above Tokyo and Kanagawa Prefecture.

Until now, flights above urban areas have been considered "taboo" because of noise concerns, according to a ministry official. The ministry hopes to gain understanding by allowing only quiet aircraft for urban-area flights. Using the new route for three hours a day would add 40,000 landing and takeoff slots at Haneda.

Narita Airport would add taxiways and take other steps to achieve an increase of another 40,000 slots.

In the second stage, a 3,000-meter runway would be added at both airports. Construction at Haneda will likely take 15 years at a cost of 600 billion yen ($5.84 billion) to as much as 1 trillion yen. At Narita, it would cost about 120 billion yen and take four years.

The proposal will be presented at an expert panel meeting to be held as early as this month and will be discussed with local municipalities and airlines.

As part of its growth strategy, the government aims to triple foreign visitors to 30 million by 2030.