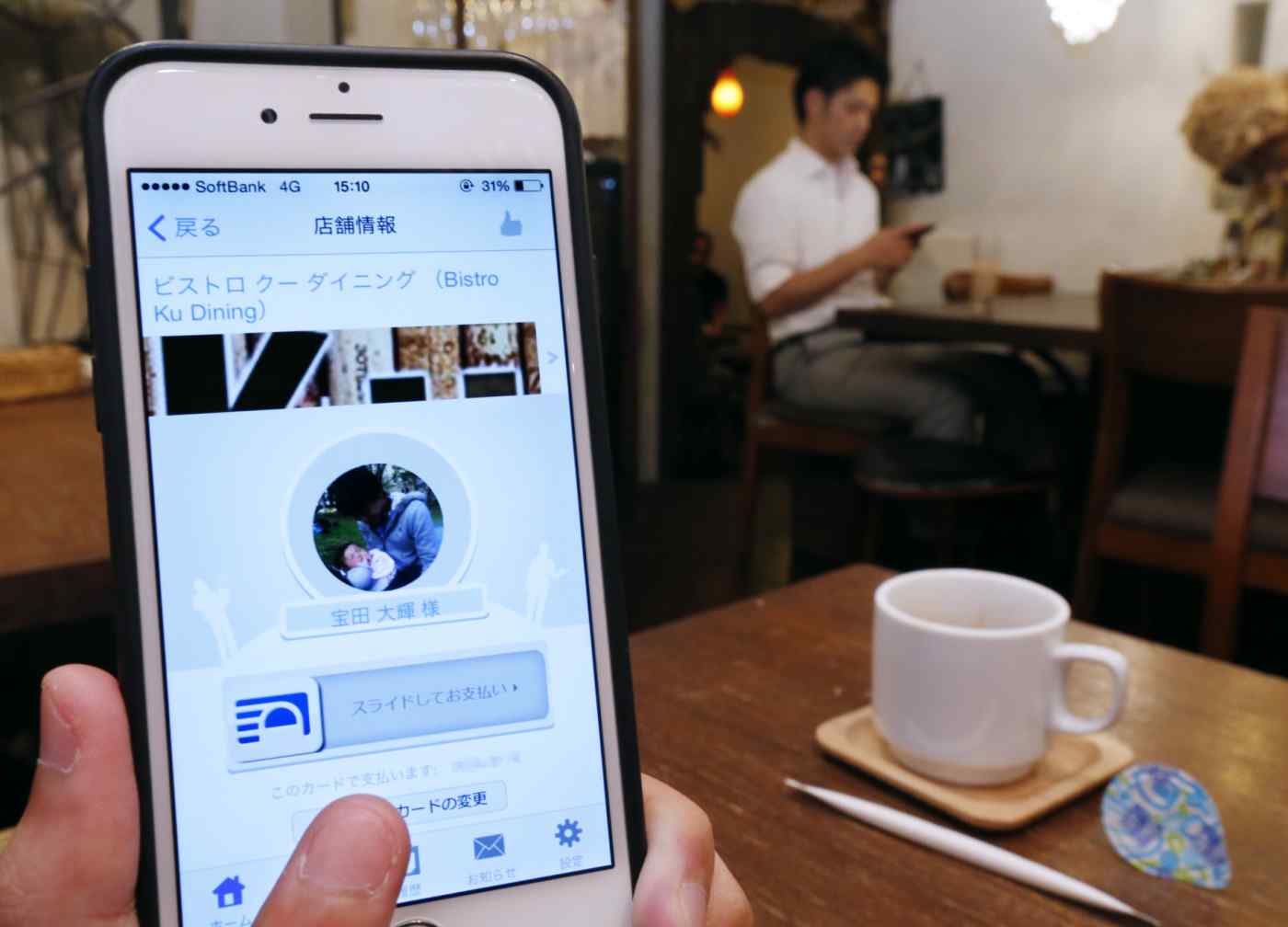 The government aims to broaden the acceptance of mobile and other cashless payments.
June 1, 2017 02:27 JST | Japan
CopyCopied

TOKYO -- Cash-heavy Japan aims to double digital payments to 40% in the next decade by helping metropolitan-area businesses afford cashless services to better attract foreign visitors and open their wallets.

The goal, set by the Financial Services Agency and the industry ministry, will be part of a plan to promote fintech, the intersection of finance and information technology, in a growth strategy to be compiled in June. The move is also a step toward better accommodating foreign tourists, with an eye toward the 2020 Tokyo Olympics.

Japan's current 19% rate of cashless payments is less than half the over-50% level seen in nations including South Korea and China, but the targeted 40% rate would put it roughly on par with the U.S.

Broken down by industry, around 90% of Japan's lodging facilities accept card payments, compared with roughly 70% of supermarkets and just half of taxis. The digital payment wave has not caught on with small businesses in tourist areas, such as shops and stalls along roads to shrines. This is likely due in part to cost burdens: credit card payment terminals initially cost about 100,000 yen ($900) to set up, and come with monthly leasing fees.

In response, the government will expand efforts to subsidize setup fees for cashless payment facilities, including terminals for credit cards and other smart cards such as those used in many public transit systems. Besides providing tens of billions of yen in private funds to help businesses pay for the terminals, the government aims to simplify transactions, such as by promoting digital receipts. By 2020, it hopes to have major facilities in big-city regions and tourist destinations fully accept cashless payments, later broadening access to cities outside metropolitan areas as well.

Fintech businesses will also be able to develop payment services more easily. By 2020, around 80 Japanese banks -- roughly 60% of the country's total -- will allow developers into their systems to access users' account information through open APIs, or application programming interfaces. Developers can use this access to create specialized applications for mobile devices, through which users can easily make payments or send money to people.