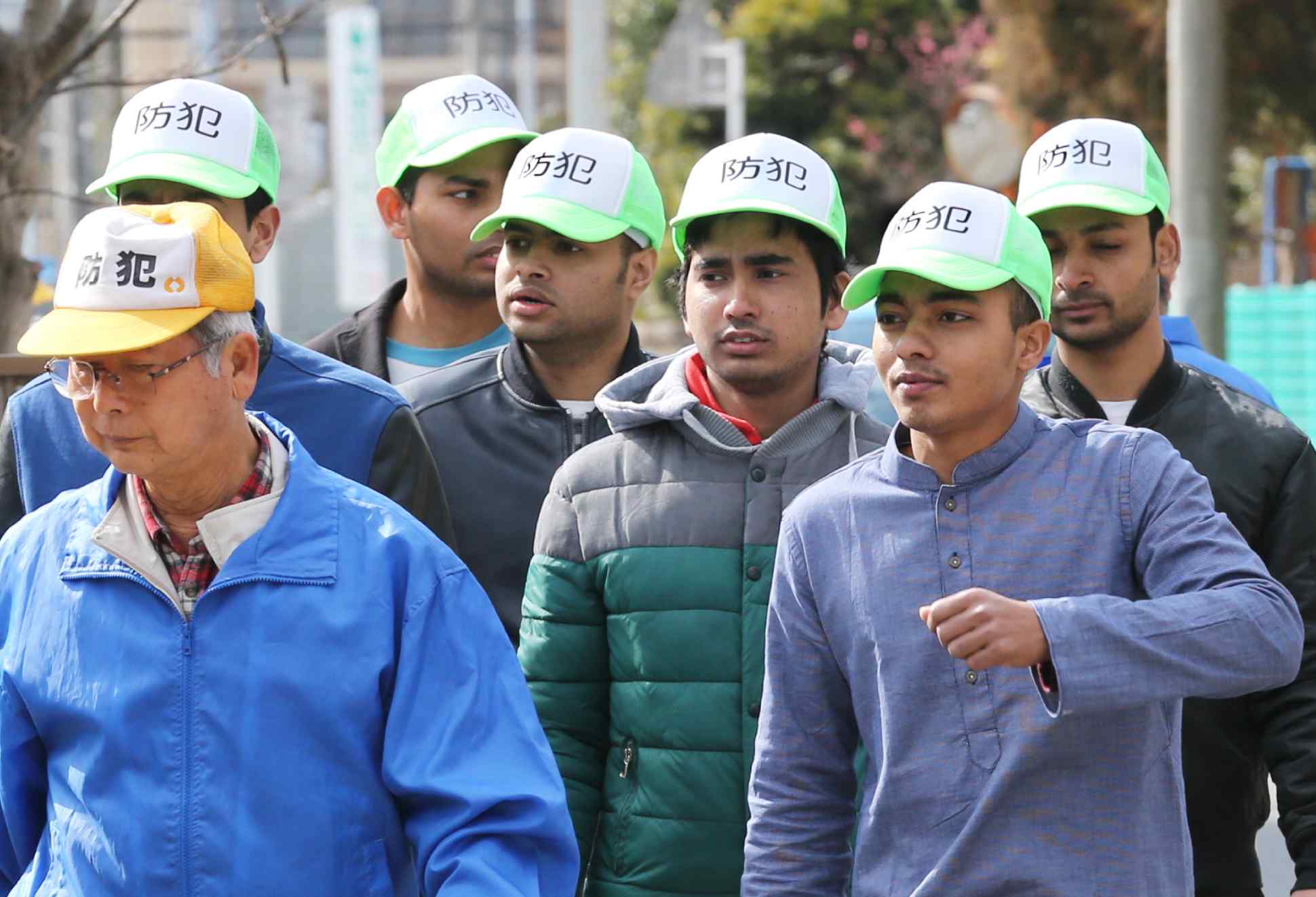 TOKYO -- When a Bangladeshi man Hakim Md. Nasirul and his friends turned a house they had bought in a residential area in the city of Chiba into a mosque four years ago, it raised eyebrows in the neighborhood.

Faced with these suspicions, the 48-year-old man came up with an idea last year to win people over: He and his fellow Muslim congregants began taking part in neighborhood patrols, wearing caps emblazoned with the Chinese characters for "crime prevention."