The BOJ's path to normalization will become harder as dependence grows 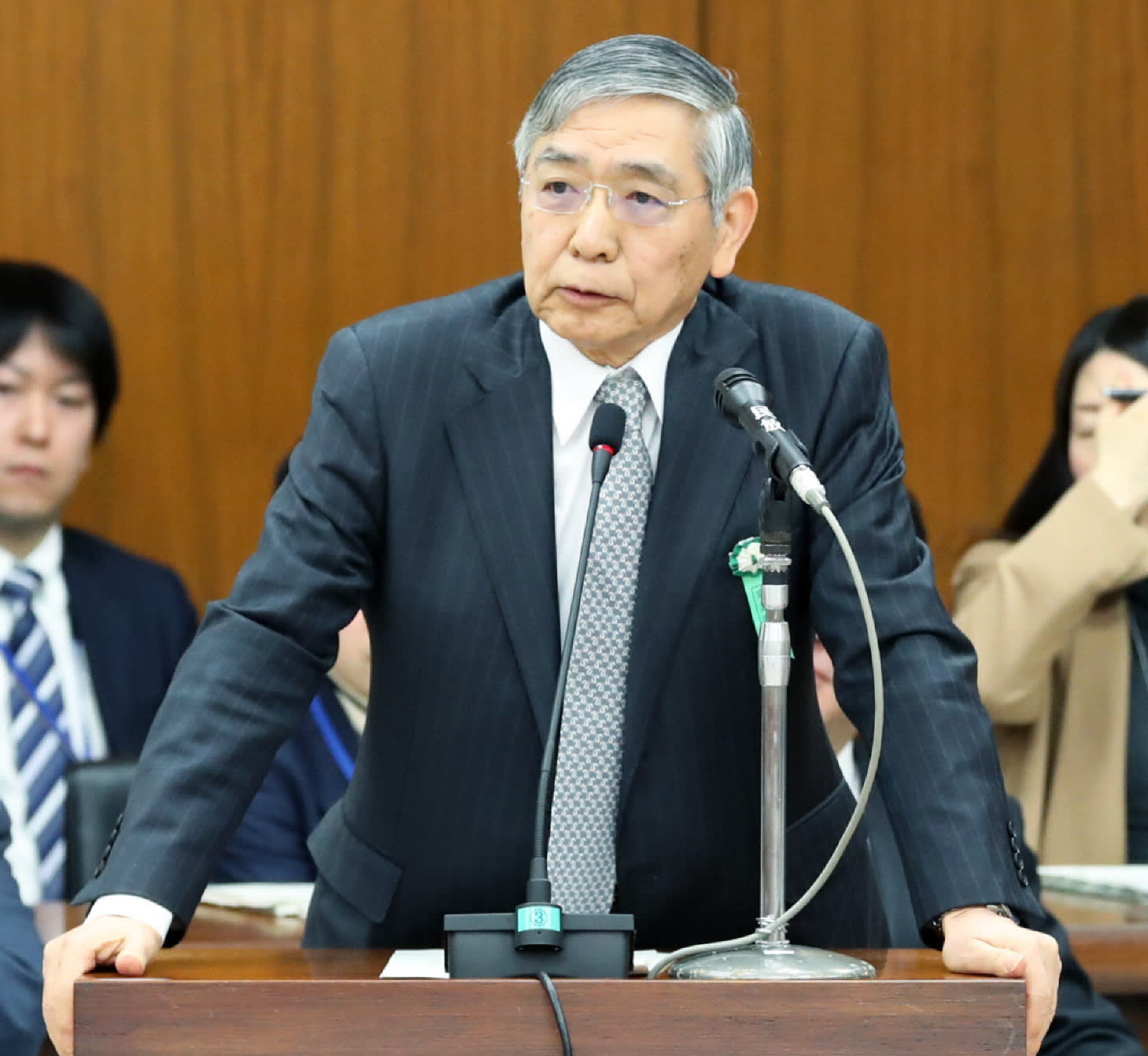 The government's nomination of Kuroda to another five-year term Friday signals that his stimulus campaign will continue for the time being.

The BOJ now controls roughly 40% of all Japanese government bonds -- a share 3.4 times bigger than in December 2012, before it embarked on its qualitative and quantitative monetary easing. From taking over almost half the JGB market to defying convention by introducing negative interest rates, the bank has pursued some of the most drastic policies in its nearly 140-year history under Kuroda.

Macroeconomic conditions have improved significantly since. The Nikkei Stock Average has doubled on better corporate performance. Unemployment has dropped to 2.8% from 4.3%, putting Japan at full employment. Overseas growth has also helped, but monetary easing is undeniably a key driver for the country's second-longest economic recovery since World War II.

Meanwhile, the ruling Liberal Democratic Party and the government have become increasingly reliant on monetary easing. Pledging to bring Japan out of deflation, Prime Minister Shinzo Abe postponed a planned consumption tax hike twice while ramping up government spending. The national debt has grown by roughly 160 trillion yen ($1.5 trillion) in the last five years. Tokyo keeps expanding its budget without tackling reforms for a social security program under pressure from an aging population.

"The government is the biggest beneficiary of the BOJ's ultra-low interest rates," said Naohiko Baba, chief Japan economist at Goldman Sachs. Despite the growing national debt, Japan's interest payments decreased for the second straight year in fiscal 2017. Fiscal discipline has fallen by the wayside, since the government can issue bonds at historic low rates.

The BOJ's next governor and deputy governors will serve until 2023. Baby-boomers will start turning 75 or older in 2022, which is expected to trigger a surge in health care and nursing care costs. Should interest rates rise, debt repayment will overtake welfare as Tokyo's biggest expense in the mid-2020s. The central bank cannot taper monetary easing even if it wanted to without medium- to long-term improvement in fiscal health.

In an attempt to bolster economic growth, Tokyo has cut corporate taxes and set up strategic zones with eased regulations. But it has seen little results. Political inertia even in the face of ineffective economic policies is one unfortunate side-effect of Kuroda's policies. Initially intended as a short-term boost, large-scale easing is now entering its sixth year.

However, the BOJ's exit from monetary easing would not just impact the Japanese stock market, propped up by the bank's nearly 6 trillion yen annual purchase of exchange-traded funds. Many investors in Japan, the U.S. and Europe put their cash into emerging economies amid low interest rates at home. But if the U.S. and Europe normalize their monetary policy before Japan, "emerging economies could grow more dependent on monetary easing by the BOJ," said Yuji Shimanaka at Mitsubishi UFJ Morgan Stanley Securities.

Tokyo's picks for governor and deputy governors of the BOJ are an unmistakable message to those within the bank pushing to normalize monetary policy. There is now a greater chance the bank will continue easing even if consumer prices surpass a certain threshold.

Japan's monetary policy is expected to remain steady for the foreseeable future. But inflation is still at 0.9% and the yen has also strengthened by 3 to the 105 range against the dollar in the last week alone. An even stronger yen could pose an obstacle to Japan's escape from deflation.