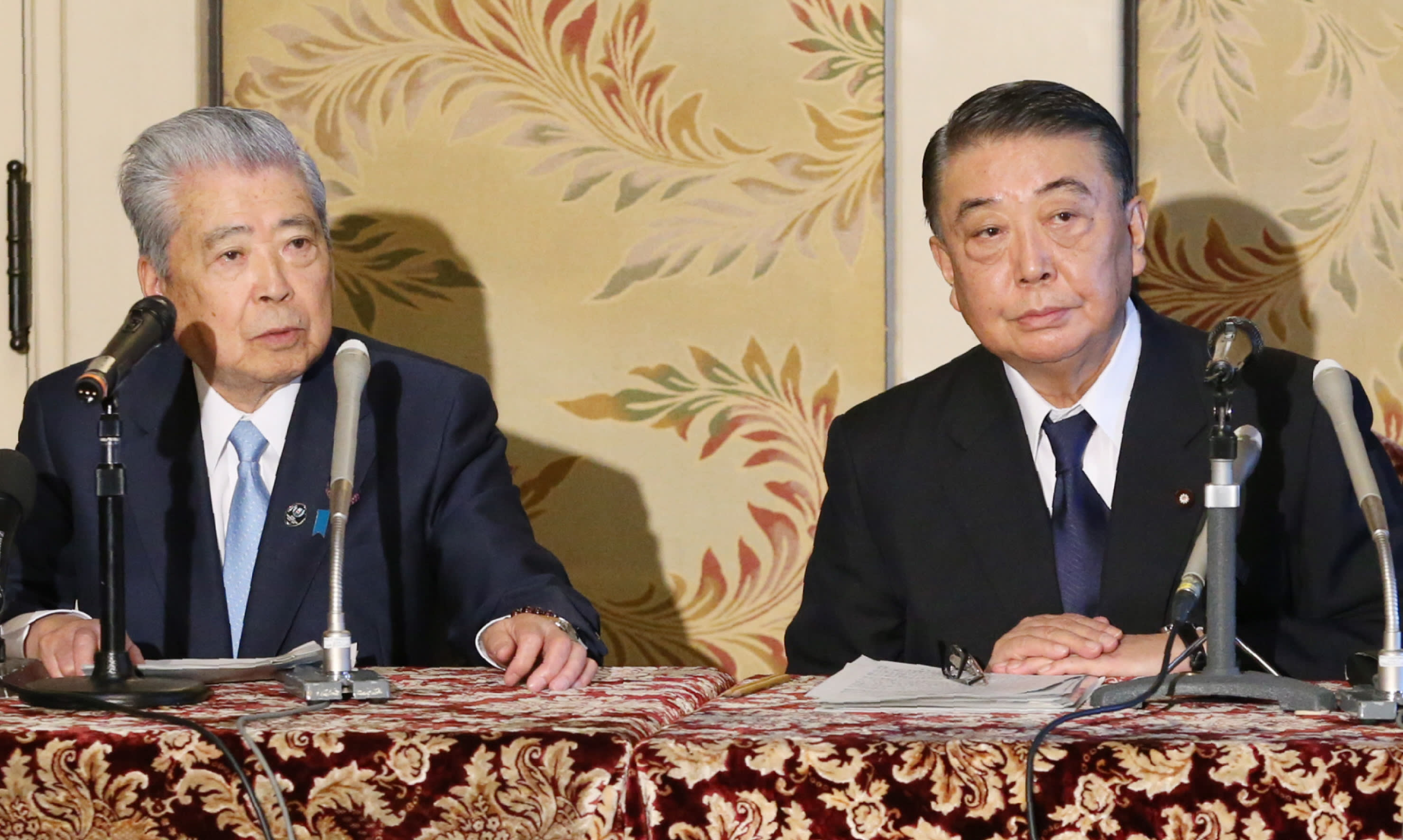 TOKYO -- The leaders of both chambers of the Diet agreed Monday to quickly advance parliamentary discussions on the abdication of Emperor Akihito with the aim of taking necessary legislative steps during the upcoming session.

As a first step, they aim to hammer out a basic consensus covering both chambers by March. The current legal framework does not address the emperor voluntary stepping down.

"We believe all parliamentary factions are united in their desire to produce a final conclusion during the upcoming ordinary Diet session," lower house Speaker Tadamori Oshima told a news conference after the meeting at the Diet building. He expressed a hope of enacting necessary legislation in the ordinary session that begins Friday.

An expert panel set up by the government will release an outline of talks on abdication next Monday. The Diet leaders met a week ahead of publication to pave the way for smooth discussions and a conclusion acceptable to the ruling and opposition camps.

"I strongly hope that lawmakers will hold sincere and orderly discussions in a calm environment to meet the people's expectations," Oshima said.

"We will listen to the opinions of different factions and proceed with speedy but diligent discussions," said Chuichi Date, president of the upper house.

Oshima and Date, as well as the vice speaker of the lower house and the vice president of the upper house, are to ask faction representatives Thursday to hold internal discussions and distill main arguments. They will later set up meetings with each faction to solicit views and work toward agreeable solutions.

Consensus among parties is likely to prove a challenge. The opposition Democratic Party insists on revising the Imperial House Law and creating a permanent framework for abdication instead of making a one-time exception for Emperor Akihito. It has argued that abdication via a special law could run afoul of the Japanese Constitution's Article 2, which states that the throne shall be "succeeded to in accordance with the Imperial House Law passed by the Diet."