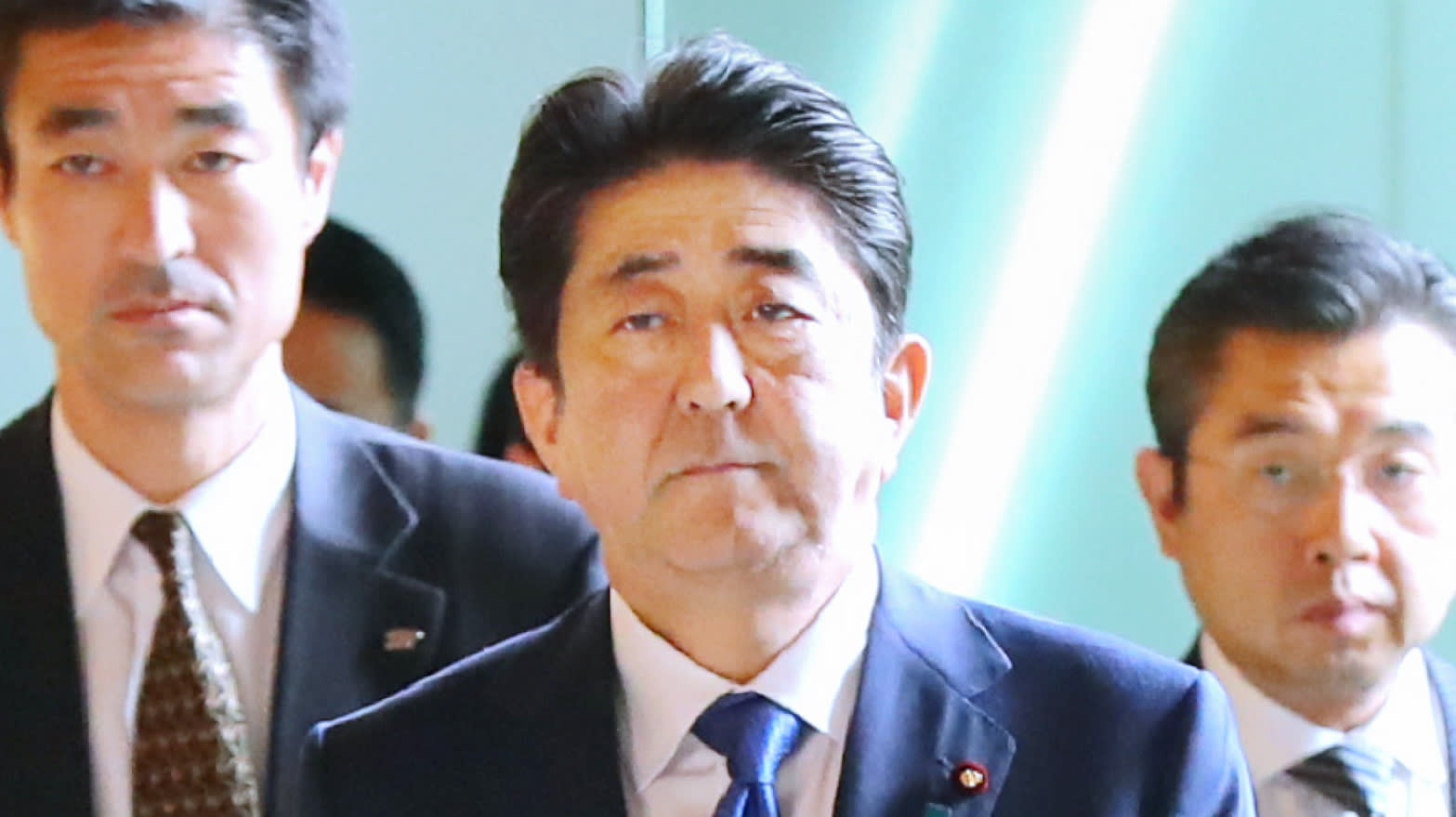 Japanese Prime Minister Shinzo Abe, returning from a visit to India, arrived at his office about two and a half hours after North Korea's missile launch Friday.
Politics

Japan still working out the kinks in emergency management

TOKYO -- Friday's launch of a missile over Japan, the second in recent weeks by North Korea, shows how the nation's emergency response systems still need work, with network malfunctions and government confusion compounded by a key absence at the top.

When the North Korean rocket took off at 6:57 a.m., Prime Minister Shinzo Abe was on a government plane en route to Tokyo from India. Abe used dedicated phone and fax lines to relay detailed directions to confirm any damage and gather information. He arrived at his office at 9:23 a.m.

"We fully worked out the missile's trajectory right after it launched and took all appropriate measures," Abe stressed to reporters.

Tokyo was aware Thursday at the latest of signs that North Korea was preparing for a launch, according to government sources. The missile is believed to have used a liquid-fuel engine, which requires more time to launch than a solid-propellant rocket and so makes the missile easier to spot in advance.

The government was prepared to intercept the missile if the need arose. Ships with the Aegis missile defense system, which can destroy projectiles outside the atmosphere, are deployed in the Sea of Japan and elsewhere. On land, Japan operates 34 Patriot Advanced Capability-3 surface-to-air guided-missile systems across the country.

Tokyo ultimately opted against interception. Though the missile flew over the northern island of Hokkaido, it was not expected to land in Japanese territory.

The government initially gave mixed messages about the type of projectile involved. Foreign Minister Taro Kono told a news conference after 8 a.m. that he thought it was an intercontinental ballistic missile, citing the long range. Defense Minister Itsunori Onodera later walked this back somewhat, telling reporters that it could have been an intermediate-range missile.

The National Security Council's first meeting that day at 8 a.m. involved no concrete analysis of the rocket's capabilities, meaning that no information was provided that could have let Kono conclude that the missile was an ICBM, a Ministry of Defense source said.

The J-Alert emergency warning system also ran into problems again, failing to send information to residents of at least five municipalities. Similar issues had cropped up with the previous missile overflight on Aug. 29.

The Hokkaido city of Noboribetsu was supposed to send e-mail to an emergency mailing list after receiving the J-Alert warning, but the e-mail never went out. Emergency radio broadcast systems connected to J-Alert malfunctioned in the towns of Shosanbetsu in Hokkaido and Shonai in Yamagata Prefecture.

A different sort of issue arose with the Em-Net system, used by the Cabinet Secretariat to send emergency information to municipalities. It was reported over the network at 7:25 a.m. that a flying object had entered and left Japanese territory. Though the missile was likely outside the atmosphere while passing over the country, the phrasing could have led some to believe that it traversed Japanese airspace.

A message at 10:12 a.m. attempted to clarify this, saying the missile had traveled over Hokkaido toward the Pacific.