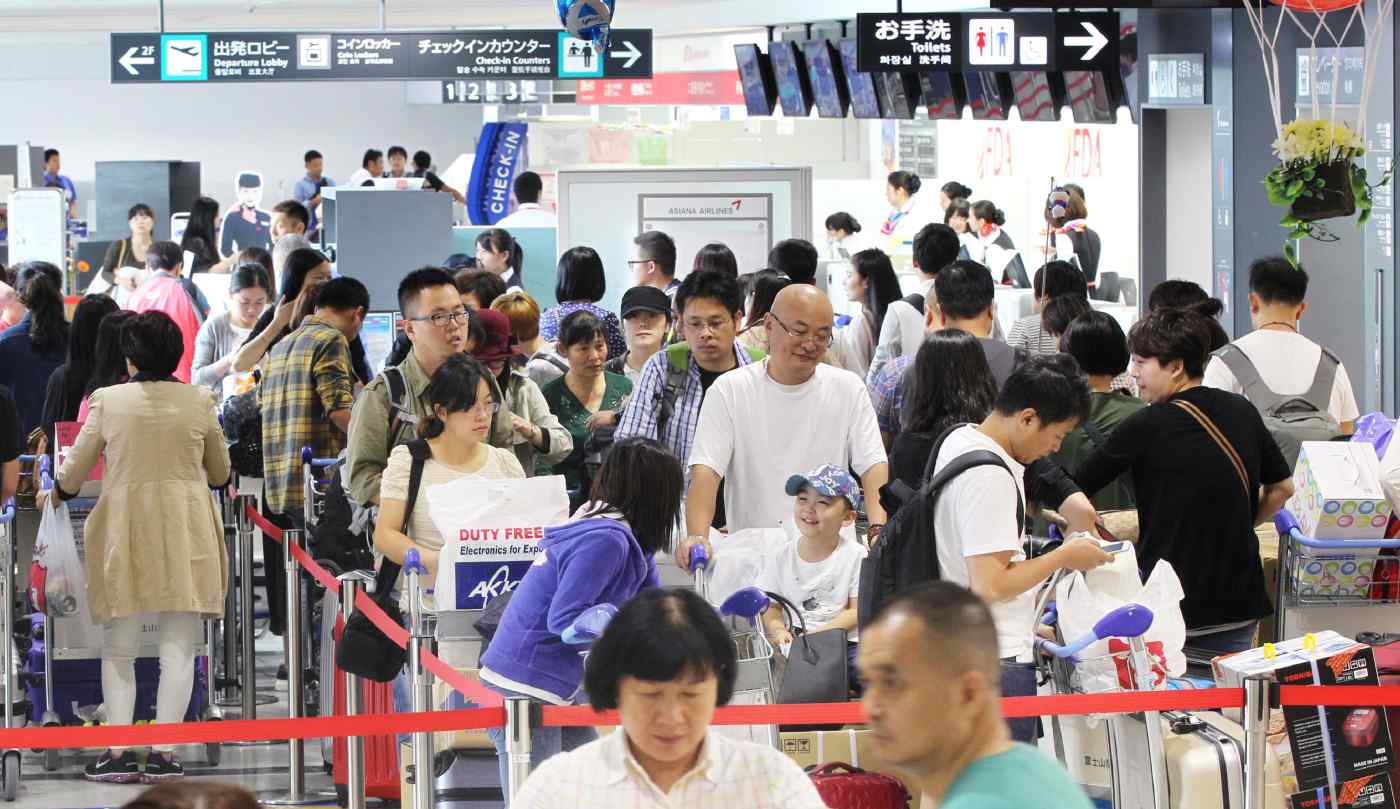 TOKYO -- The Japanese government is preparing to lower landing fees for domestic flights at many airports to try to direct more of the rising number of foreign tourists beyond well-known destinations such as Tokyo, Kyoto and Osaka.

The transport ministry is considering slashing the fees by 10-50% for flights connecting small cities, as well as those between regional airports and hubs in Tokyo, Fukuoka in the southwest and Hokkaido in the north. The ministry plans to reduce landing fees for international service into smaller cities as well.

The ministry hopes that lowering the fees charged to airlines will encourage carriers to reduce fares. Details including discount rates will be discussed this year so new fees could take effect in the spring.

Landing fees are determined by factors such as aircraft weight and noise levels. When a Boeing 767 capable of carrying 175 passengers lands at an airport managed by the national government, the fee totals about 200,000 yen ($1,958).

Airlines pay about 80 billion yen annually in the fees, which are used to maintain airport facilities including runways.

A temporary arrangement currently cuts landing fees for small-city domestic routes by up to 80%. The transport ministry is considering raising the maximum discount to about 83% and extending the period. The agency also will discuss with the Finance Ministry a three-year extension of a tax cut for aviation fuel to 18,000 yen per kiloliter from the standard 26,000 yen per kiloliter.