Only half of large corporations submit tax forms digitally 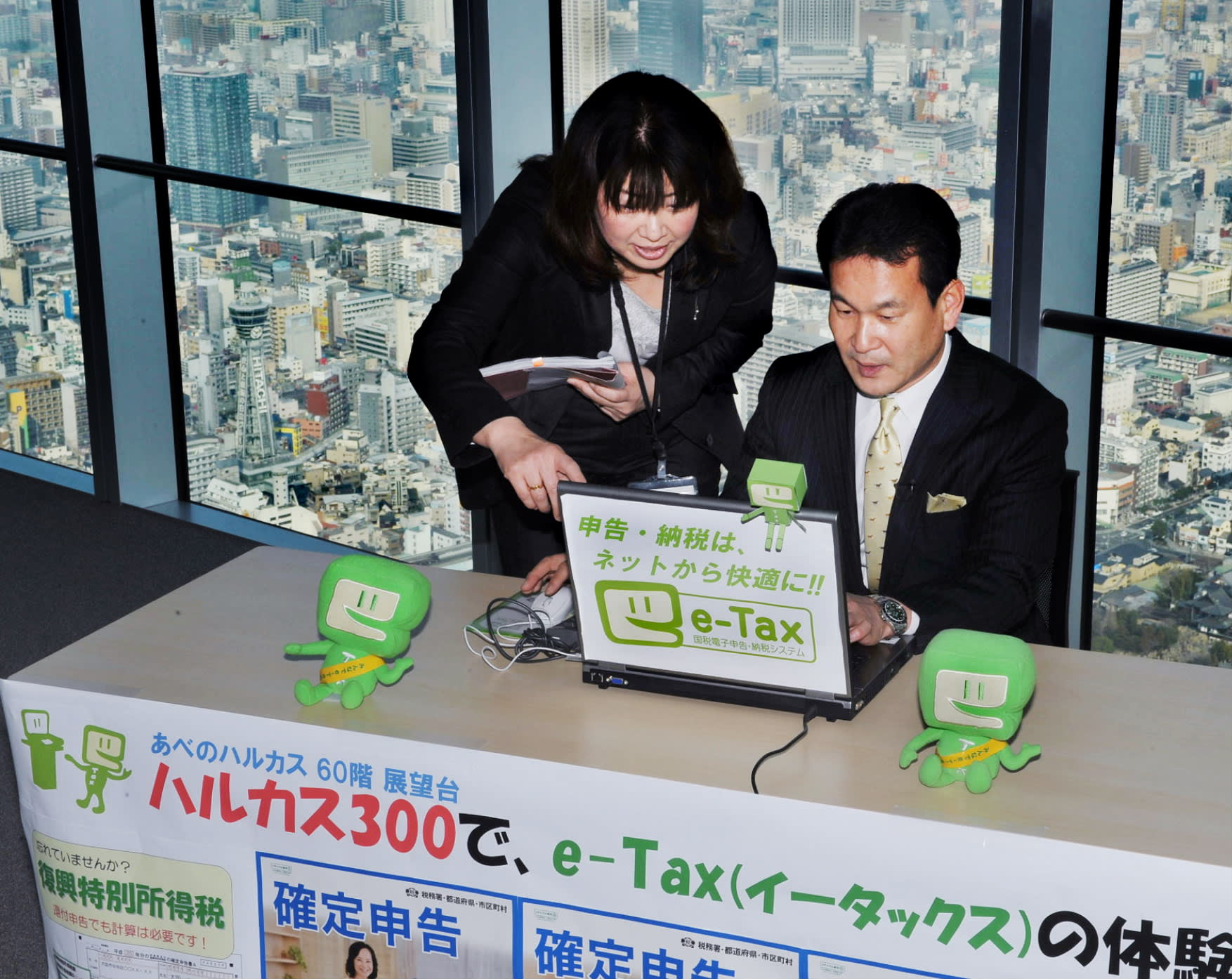 TOKYO -- All businesses in Japan likely will be required to file tax returns electronically starting as early as fiscal 2019 as a part of government efforts to cut paperwork in both the public and private sectors.

The Ministry of Finance and the National Tax Agency will consult with the ruling coalition and the business community, then develop a detailed proposal by June. The aim is to insert those provisions into the tax reform outline for the fiscal year beginning April 2018.

The central government's Council for Regulatory Reform has pushed to simplify tax filing through the use of information technology. Officials will later hash out a blueprint for the e-filing rule, which will include exceptions, and penalties and transitional measures for corporations late to adopt e-filing.

Japan launched its electronic filing ("e-Tax") program, which lets both corporations and individuals file taxes online, in 2004. About 1.96 million corporate tax returns were turned in this way in fiscal 2015, accounting for roughly 75% of all business tax filing. But among enterprises capitalized at 100 million yen ($917,000) or more, only about 52% -- roughly 10,000 returns -- were filed electronically.

E-filing is more prevalent among smaller companies, as their tax returns are prepared by certified tax accountants with the use of the e-Tax program in mind. However, large corporations typically have built up their own proprietary accounting systems.

"The culture of using paper, be it a receipt or a form, is deeply entrenched," said a source at a Tokyo Stock Exchange first section company.

"Some local governments require local tax returns to be submitted in paper, so we file all returns in paper," said a supermarket chain representative.

By switching to e-filing, companies will be able to save the time and labor required to prepare and hand in paper forms at tax offices. They will also receive refunds more quickly, in about half the six weeks or so needed with paper filing.

However, companies with their own accounting systems may need to add hardware and software to file tax returns electronically. Some may also have to contend with a two-tiered regime in which they must file electronically for national taxes and submit paper returns to local governments.

For the government, any initiative that can abbreviate the tax filing process will be a good idea. Tax offices now optically scan tax forms they receive, check the data for errors, then relay the data for storage at the comprehensive tax administrative system overseen by the NTA.

Japan lags behind other nations in streamlining tax filing. It takes 330 hours a year for Japanese businesses to complete corporate tax returns, according to studies by the World Bank and others. That is 1.9 times the average among nations in the Organization for Economic Cooperation and Development. About 40% of Japan's overall tax revenues go to local governments, and those bodies are largely unequipped to receive electronic returns. The Internal Affairs and Communications Ministry is working to resolve that situation.