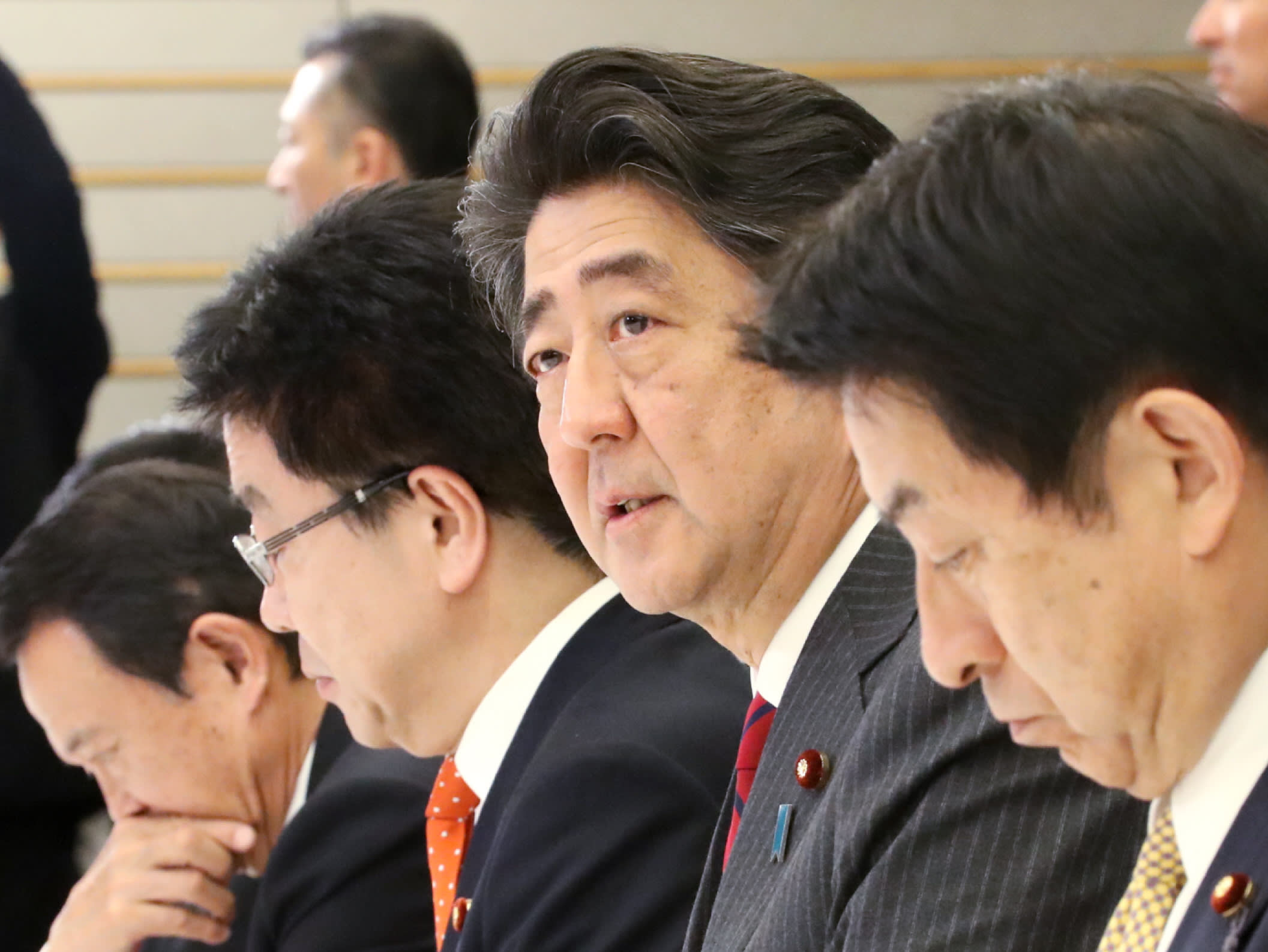 TOKYO -- Japan is moving to limit overtime to 60 hours a month to rein in overwork among corporate employees, with the aim of implementing the rules from April 2019.

The government submitted the proposal, which restricts overall overtime to 720 hours a year, to a work reform committee Tuesday.

"We will need labor and employers to form a firm consensus," Prime Minister Shinzo Abe told the committee. "Up to this point, we have been unable to reach a resolution on an overtime limit that imposes penalties."

The Labor Standards Act currently prescribes an eight-hour workday for a total of 40 hours a week. Overtime up to 45 hours a month, or 360 hours annually, is allowed if labor and management sign an agreement under Article 36 of the law. Yet management can escape even this rule if the two sides agree to special provisions.

The government is toughening the rules in order to change the status quo in a country where working overtime is the norm. Under the proposed legislation, a special arrangement under Article 36 would allow up to 720 hours of overtime for an average of 60 hours a month. Corporations that exceed the threshold would face legal penalties.

To accommodate companies that face periodic crunch times, overtime exceeding 60 hours is allowed as long as the annual 720 hour limit is observed. The government is also working toward allowing a maximum of 100 hours in a month, or an average of 80 hours over two months, during peak periods. Because the risk of psychological and cardiovascular problems increases when someone works more than 100 hours of overtime in a month, corporations would be required to stay within that bound.

Those peak-time provisions were not included in Tuesday's proposals amid pushback from both the Japanese Trade Union Confederation, or Rengo, and opposition lawmakers. The latter characterizes the 80- to 100-hour caps as "karoshi lines," using the Japanese term for death from overwork.

The government has argued that current standards, based on medical evidence, recognize death from overwork if the deceased put in more than 100 hours of overtime in a month.

In principle, all industries would be governed by the new overtime rules, which would apply to conventional workers not in managerial positions. That would include drivers and construction workers, who are currently exempt from Article 36 overtime restrictions. Companies in these sectors would be granted a grace period to adjust to the new regulations.

Sadayuki Sakakibara, chairman of the Japan Business Federation, the leading business lobby, expressed a willingness to sign off on the overtime curbs during a press conference following Tuesday's work reform committee meeting. Sakakibara also pointed out that the plights of smaller companies and the need to maintain international competitive advantage should be taken into consideration. "I would like an implementation of realistic [overtime] limits to be thought out," he said, citing the need to consider monthly ceilings within a range under 100 hours.

Rengo President Rikio Kozu also signaled a mix of optimism and caution. "There is meaning to putting limits on work time," said Kozu. When it comes to peak-time hours, he added: "It may be premature to put out numbers at this stage."