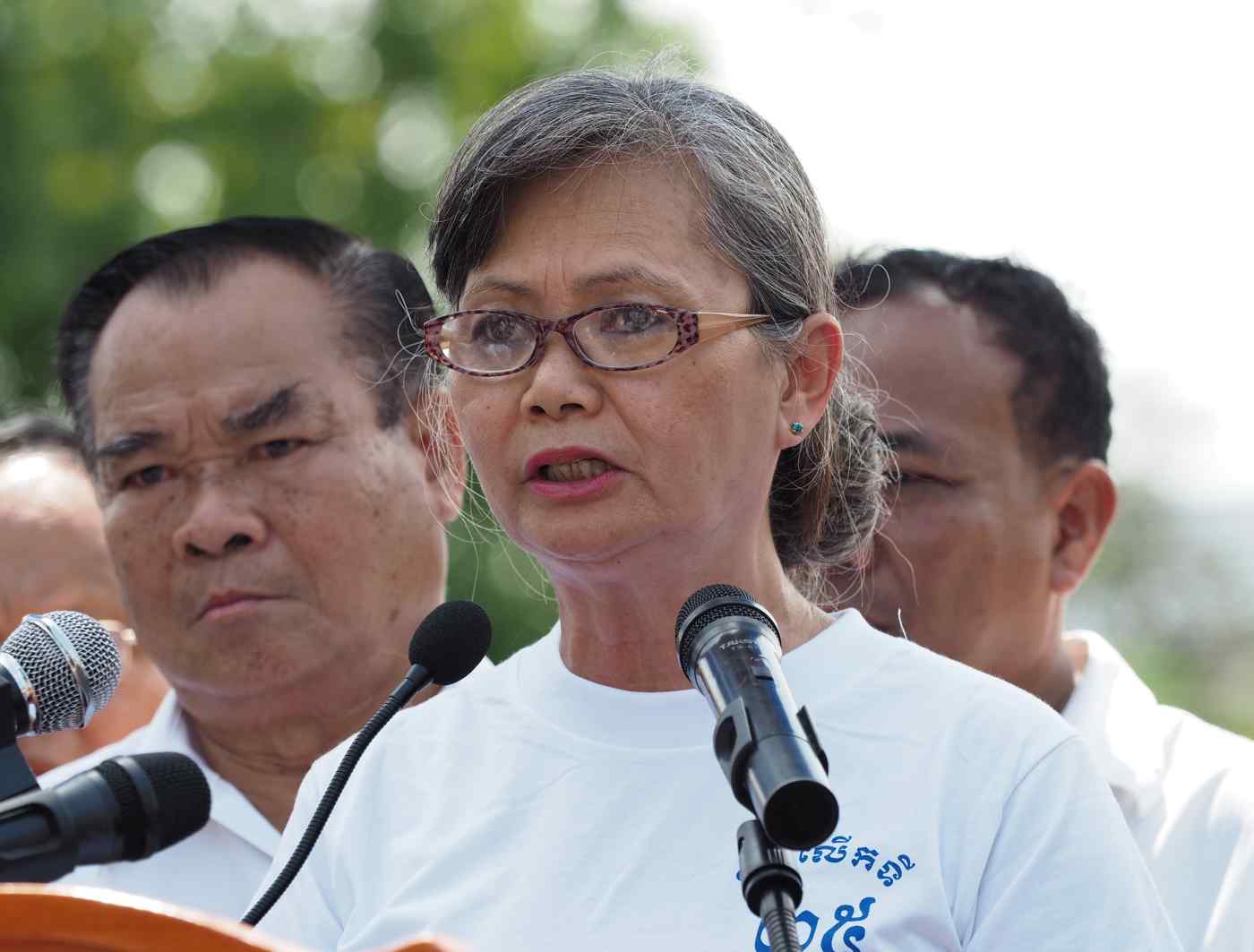 Mu Sochua, a lawmaker of the opposition Cambodia National Rescue Party, makes a speech during a ceremony to mark the 25th anniversary of the Paris Peace Agreements in front of the CNRP headquarters in October, 2016.   © Getty Images
DAVID HUTT, Contributing writerMarch 3, 2017 16:30 JST | Myanmar, Cambodia, Laos
CopyCopied

PHNOM PENH -- Whatever veneer of democracy Cambodia once had is fading quickly, warn regional critics. In recent weeks, the government of Prime Minister Hun Sen has imprisoned land-rights activists, sued a political commentator for defamation and made a concerted effort to fracture the country's main political opposition, the Cambodia National Rescue Party (CNRP), ahead of two pivotal votes: a commune -- or municipal -- election in June and a general election next year.

In February, the lower house of parliament, the National Assembly, approved amendments to the country's Law on Political Parties that will allow the government to dissolve political parties for arbitrary and vaguely worded reasons.