TOKYO -- A small group of intellectuals has strengthened its presence in Japan's political world since Prime Minister Shinzo Abe assumed the top government post for the second time in December 2012.

Members of the group are national government employees with the title of special advisers to the Cabinet Office. They were appointed by Abe, and their main role is to advise him. They have their own rooms within the prime minister's office and the Cabinet Office, which handles day-to-day government affairs.

In December 2012, Abe appointed seven special advisers to the Cabinet Office. Four of them are still in their posts. Membership is not fixed, and some have left the group while others have joined it. Currently, there are 12 members.

These advisers are experts in various fields and have helped Abe manage the government for one of the longest stints for a prime minister in Japanese history. They are involved in the policymaking process in different ways, and some meet with Abe only occasionally.

The Japanese government created the post of special adviser to the Cabinet Office in 1987, paving the way for the appointment of such senior officials.

Kan had as many as 15 Cabinet Office advisers at one point. But a source close to the prime minister's office said that "the functions of these advisers did not work well" in the Kan government, partly because he lacked a unifying power.

The four advisers who have been in their posts since December 2012 are Isao Iijima, Koichi Hamada, Satoshi Fujii and Norio Munakata.

Iijima is on special assignment, and Hamada is in charge of international finance. Fujii is tasked with disaster prevention and reducing the effects of natural disasters, while Munakata handles public safety and security.

Iijima is a former secretary to former Prime Minister Junichiro Koizumi. Hamada is professor emeritus at Yale University. Fujii is a Kyoto University professor, and Munakata is a former superintendent prosecutor at the Nagoya High Public Prosecutors Office.

The duties of these four men can be broadly divided into three categories: handling regular priorities such as economic and foreign policies, advising on important policies of the moment, and cross-sector issues.

Hamada has stressed the need for the Bank of Japan's massive monetary easing and advocated for delays in the consumption tax hikes. Hamada, along with Etsuro Honda, has led the formation of economic policies.

Honda retired from his special adviser post in June 2016 and became Japan's ambassador to Switzerland.

The Council on Economic and Fiscal Policy played a key role as the command center for economic policies in the governments of Koizumi and Abe in the 2000s. Koizumi served as prime minister between 2001 and 2006, while Abe, in his first stint, did so between 2006 and 2007.

Economic and fiscal policy ministers such as Heizo Takenaka and Kaoru Yosano had hot discussions with other cabinet ministers and private-sector members of the council, leading to the formation of specific economic policies for the country.

But the council now appears to have taken a back seat to the Cabinet Office advisers in charge of economic policies as they are helping the prime minister's office take the initiative in formulating and realizing economic priorities.

Since taking office in December 2012, Abe has postponed a consumption tax hike twice. Hamada and Honda publicly called for a delay in the tax increase, paving the way for Abe's decisions.

What makes Hamada and Honda so influential? 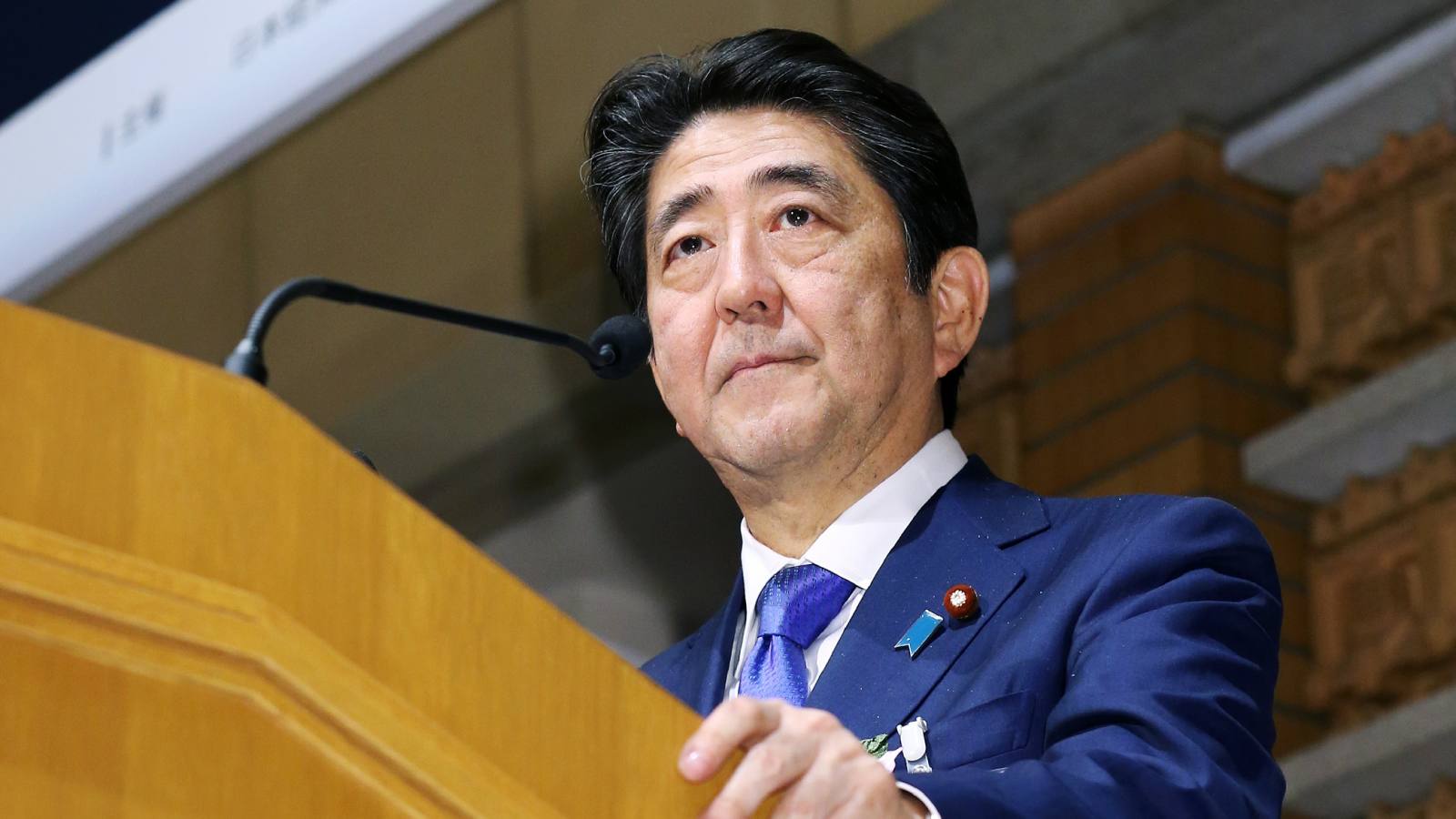 How to reboot Abenomics

What happened to Japan's push for a primary balance surplus?

The answer lays in Abe's unrivaled political power, and these two advisers' words are widely interpreted as the intentions of the prime minister's office.

Hamada's and Honda's timely remarks have not sparked much backlash within the government and ruling Liberal Democratic Party, making it possible for Abe to basically call the shots as he wants.

Hamada has also served as a conduit between Abe and world-renowned economics scholars.

The Harvard professor once introduced Joseph Stiglitz and Paul Krugman to the prime minister. Hamada also preached to Abe the fiscal theory of Christopher Sims, another winner of the Nobel Memorial Prize in Economic Sciences. He regularly cites such prominent scholars when advising Abe.

Hamada himself is an authoritative expert on international finance, and his advice carries great weight with Abe.

Hamada is now based in the U.S. When he returns to Japan, he sometimes exchanges views with Abe over lunch at the prime minister's office.

The two have discussed policy since Abe was serving as the deputy chief cabinet secretary and Hamada was attending the Council on Economic and Fiscal Policy as president of the Cabinet Office's Economic and Social Research Institute.

Since Honda resigned from his post, Satoshi Fujii has had more opportunities to discuss economic and fiscal policies with Abe than in the past.

Fujii is a staunch advocate of increased public investment through massive fiscal spending as well as bold monetary easing. His stance resonates with the prime minister's office as it tries to distance itself from the Finance Ministry, which attaches importance to fiscal consolidation.

There are many other special advisers to the Cabinet Office who do not have as many chances as Hamada and Fujii to meet with Abe. 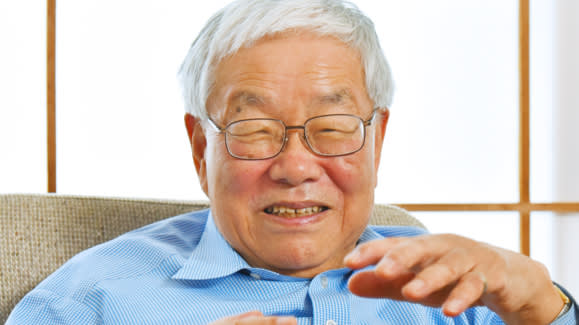 For example, Masakatsu Okamoto, a former vice minister of the Reconstruction Agency who became an adviser in charge of the reconstruction and revitalization of Fukushima Prefecture in June 2016, meets with Abe only when the prime minister makes an inspection tour of disaster-hit areas.

Okamoto now spends two days a week in Fukushima, which bore the brunt of a massive earthquake and tsunami that hit the northeastern region of the country on March 11, 2011.

Yasunori Yoshimura, professor emeritus at Keio University School of Medicine and an obstetrician, serves as an adviser in charge of measures to counter the declining birthrate and support for child-raising. He meets with Abe only once or twice a year.

Since taking up the post in March 2013, Yoshimura has been closely involved in efforts to come up with policies designed to achieve the Abe government's goal of building "a society in which all 100 million people can be active."

The policies include realizing a birthrate of 1.8 children per woman and reducing the number of people who leave employment to provide nursing care to family members to zero.

Among the other current special advisers is Tomohiko Taniguchi, a Keio University professor. Taniguchi does not make many public appearances, preferring to play his role behind the scenes. He is in charge of international public relations and writes Abe's speeches for foreign audiences.

In April 2015, Abe became the first Japanese prime minister to deliver a speech at a joint meeting of the U.S. Congress. It is an open secret that Taniguchi was responsible for the speech.

Each year, Taniguchi becomes particularly busy during Abe's overseas travel seasons, such as the holiday-filled Golden Week in May and the September opening of a United Nations General Assembly session.

Special advisers to the Cabinet Office have no fixed term of office. They resign from the government position when taking other jobs or for other reasons. After leaving the prime minister's office, some have wielded or are still wielding political influence.

Kyoko Nakayama is a good example. After serving as an adviser in the Koizumi government responsible for the issue of Japanese nationals abducted by North Korea, she became a politician.

Nakayama served as a state minister in charge of the abduction issue in the government of Prime Minister Yasuo Fukuda, who served from 2007 to 2008. She is now the president of the Party for Japanese Kokoro.

Shotaro Yachi was appointed by Abe as a special adviser in charge of foreign policy in December 2012. He resigned from the post in January 2014 and assumed a new role as the first head of the National Security Secretariat.

Yachi is Japan's key national security policymaker, and as the nation's top security diplomat, Yachi holds negotiations with U.S., Russian and other officials and often accompanies Abe on overseas trips.

Honda, Japan's ambassador to Switzerland, still meets with Abe when he returns to Japan and currently doubles as the country's ambassador in charge of economic and financial affairs in Europe. Taking advantage of his current jobs in Europe, Honda gathers information, including about how Abenomics is evaluated abroad, and keeps Abe informed of the international situation.

Honda is believed to still have strong influence over the future direction of Abenomics as the prime minister has strong faith in him. Honda is tipped by some market participants as a candidate to succeed Haruhiko Kuroda as BOJ governor in the spring of next year.