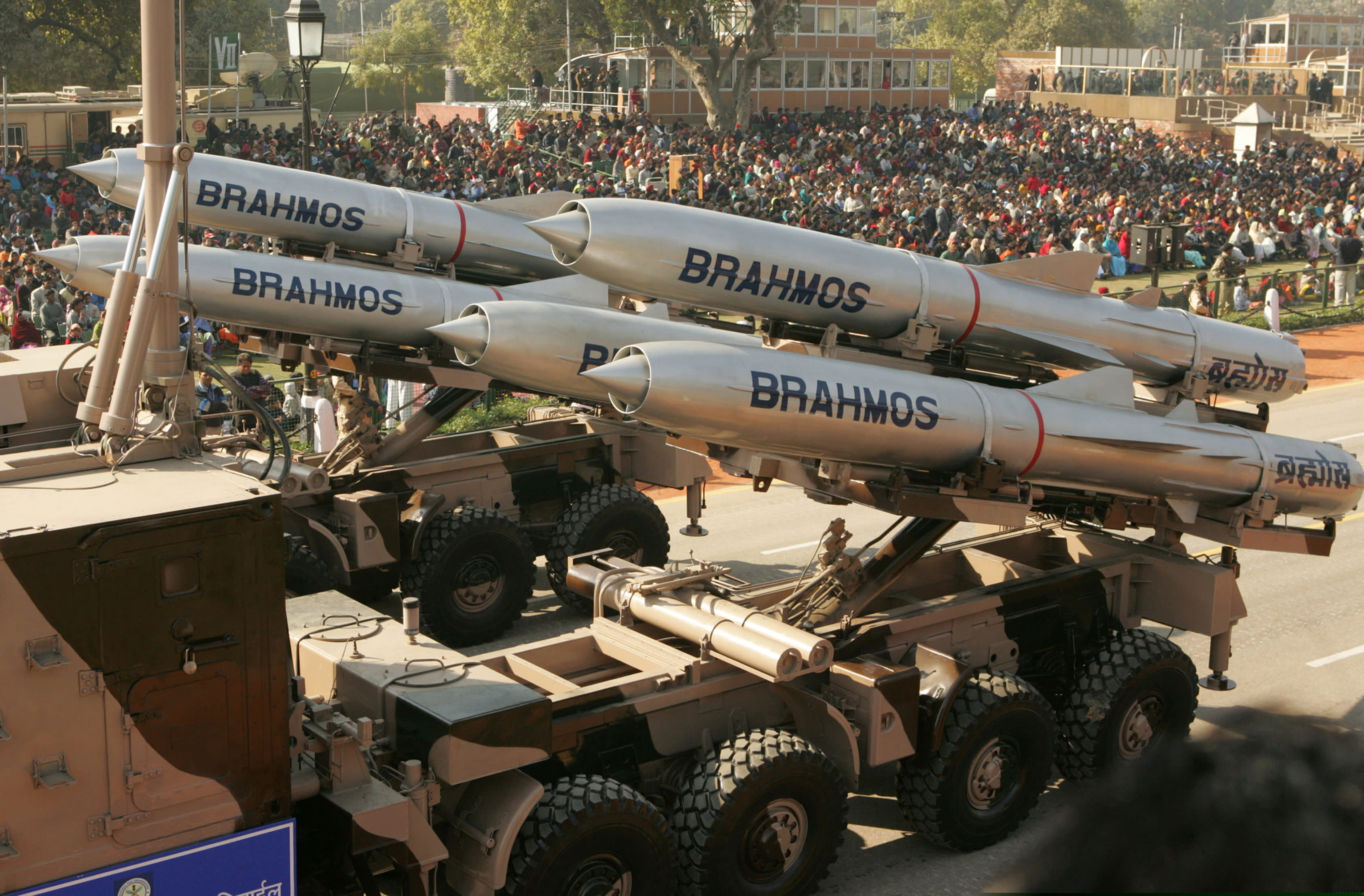 NEW DELHI -- India's recent test of a supersonic cruise missile is a strategic game-changer in the Indian Ocean, giving New Delhi the ability to hit targets as far away as the Strait of Malacca.

The move continues a military buildup aimed at defending against incursions by an increasingly ambitious China into the Indian Ocean, which New Delhi regards as within its sphere of influence.

The Indian Air Force fired a BrahMos missile from a Sukhoi Su-30MKI fighter Nov. 22 and struck a target in the Bay of Bengal, the weapon's first successful launch from a fighter jet. "The missile followed the desired trajectory before directly hitting the ship target," the Defense Ministry said.

The BrahMos, developed jointly with Russia, has been fired successfully from land- and ship-based systems. The 2.5-ton missile boasts a range exceeding 400km. Capable of traveling nearly triple the speed of sound, it is said to be the world's fastest high-precision cruise missile. The air force will work to make the weapon lighter and faster.

The successful air launch "greatly enhances India's strike capability," a senior Indian defense official told the Nikkei Asian Review. "It would nullify attempts by India's enemies to engage in any kind of adventurism."

"The plan is to have around 40 Sukhoi jets armed with BrahMos missiles," the official said.

Though India has not disclosed where the BrahMos will be deployed, likely sites include the territory of Andaman and Nicobar Islands in the eastern half of the Bay of Bengal, the city of Visakhapatnam on the bay's western edge and the state of Gujarat on the Arabian Sea.

A defense source said the BrahMos can reach anywhere in the Indian Ocean. "The Strait of Malacca also is covered in its range if the missile is fired from Andaman and Nicobar Islands," the source added.

The Strait of Malacca, though far from Indian territory, stirs anxiety in New Delhi based on forays by Chinese vessels in recent years.

A Chinese submarine was confirmed to be in the Indian Ocean for about three months between late 2013 and early 2014, and again for a similar length of time in the latter half of 2014. Chinese subs have docked in Sri Lanka, a stone's throw from India itself. And multiple Chinese vessels, including a submarine, were spotted in the Indian Ocean this summer during a military standoff between the two countries over a border dispute.

India increasingly views the Strait of Malacca, a potential entry point for these ships, as a key line of defense in any conflict.

India's navy also intends to reinforce control of the Indian Ocean with the Vikrant -- the country's first domestically built aircraft carrier -- which the Defense Ministry expects to be completed in the next few years. The navy plans to form two carrier strike groups, centered on the Vikrant and an existing carrier, enabling it to operate on two fronts: against both China and Pakistan.

India's maritime military buildup could benefit the Indo-Pacific strategy it is pursuing with Japan, the U.S. and Australia as a check on China. But with Washington and New Delhi still at odds on some issues, the benefits could take time to manifest.

Diplomats from the four democracies met Nov. 12 on the sidelines of regional summits in Manila to discuss cooperation toward a "free and open Indo-Pacific," including freedom of navigation and maritime security in the Indian and Pacific oceans -- the first such quadrilateral talks in a decade.

A source at India's defense ministry

But the statements released by each country after the meeting show that their interests may not be fully aligned. Srikanth Kondapalli, a professor of Chinese studies at Jawaharlal Nehru University, noted that the statements from Washington, Tokyo and Canberra largely matched on nine main points, such as a rules-based order as well as North Korea and proliferation. But New Delhi avoided three of these, including maritime security, he said.

"There are some discussions going on regarding these topics," Kondapalli said. "There are reservations and internal debates, like for maritime security." He cited friction over "what to sell and what not to sell" to countries involved in South China Sea territorial disputes.

"The U.S. proposes harmony and coordination" among the four nations, Kondapalli said. "But India says, 'We are a big country, and we have our own views on this.'"

The BrahMos could become a source of such discord. India, eyeing security cooperation with Vietnam on the eastern edge of the Indian Ocean, reportedly plans to sell BrahMos missiles to the country. "That would possibly be viewed in a negative way" by Washington because it could "disturb the U.S. calculation" on regional security, the professor said.

And Washington's recent inward turn fuels skepticism in New Delhi about its would-be U.S. partner. Though the two nations are ostensibly on the same page regarding the quadrilateral partnership, India plans to prioritize its own Indian Ocean strategy of reinforcing its military presence, participating in the Indo-Pacific framework only as an extension of that.