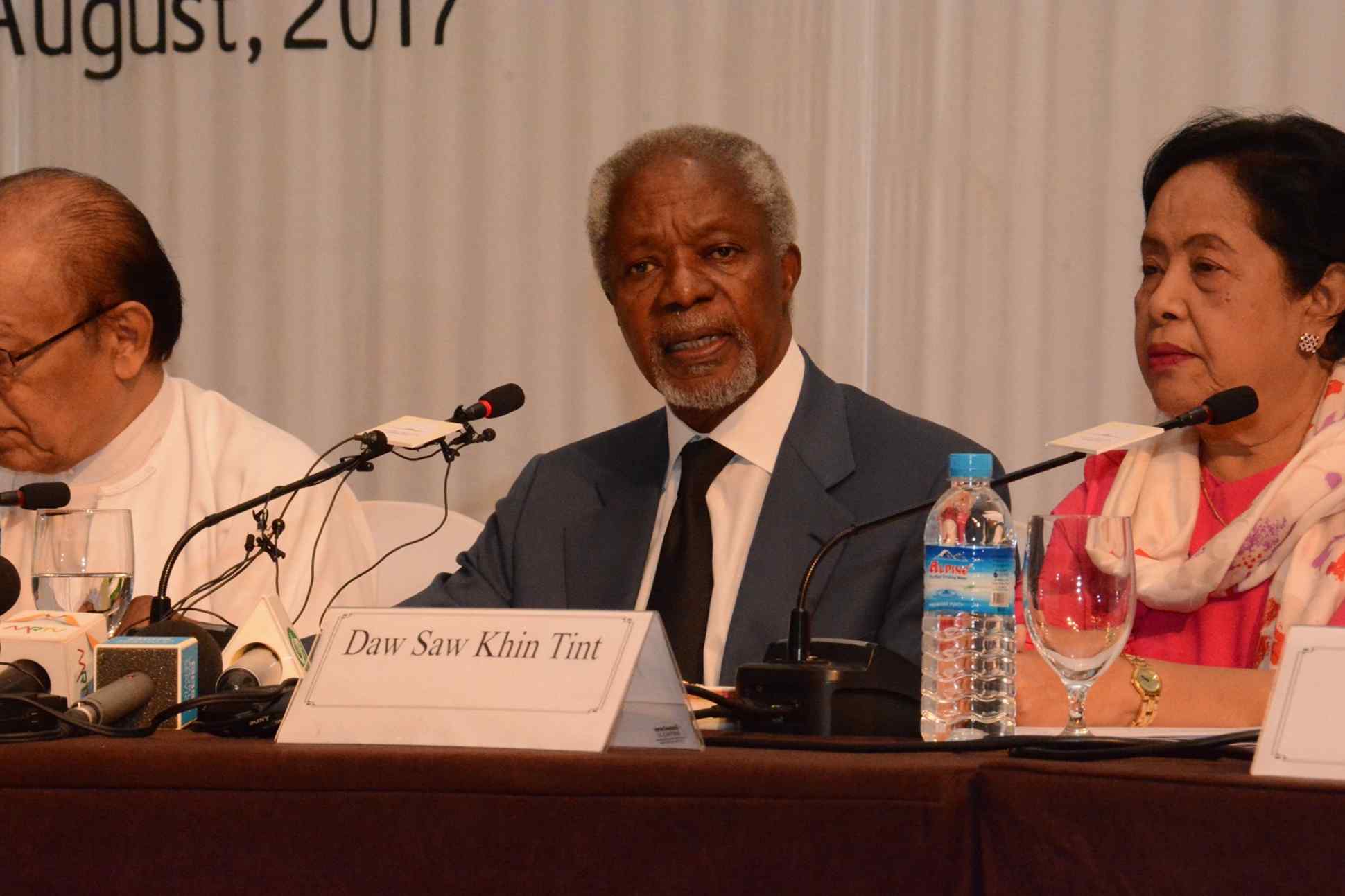 Changing a 1982 law that denies citizenship to the group is among 88 recommendations submitted to the Myanmar government.

Suu Kyi appointed the nine-person commission a year ago to seek a solution to ethnic strife in Rakhine State in the west of the country. A major clash between the Rohingya and Rakhine Buddhists erupted there in 2012, and the latter fear that the Muslim population is on the rise.

In 1982, under the previous military regime, Myanmar enacted a law restricting citizenship to groups that had lived in the country's territory since the beginning of the 19th century. Most Rohingya do not meet this requirement, keeping them from enjoying basic rights like the ability to vote and freedom of movement.

"Myanmar harbors the largest groups of stateless people in the world," the commission said in its report. Citing the U.N. Convention on the Rights of the Child, to which Myanmar is a signatory, the commission called on the country to revise the law so the Rohingya can gain citizenship. It also urged the government to grant the freedom of movement to members of all ethnic groups immediately.

The commission also made broader recommendations on economic development, education and public health in Rakhine State, which largely fall in line with government policy.

Annan said Suu Kyi promised to set up an inter-ministerial mechanism to monitor progress on the commission's recommendations. "Action will be taken," he said.

The police and military aggressively cracked down on the Rohingya in northern Rakhine last October in response to an attack on border stations by militants from the group. "Violence will not bring lasting solutions to the acute problems that afflict Rakhine State," Annan said, while acknowledging the importance of order.

In order to protect peaceful members of the minority, the commission recommended a review of the chain of command and training of the security forces, as well as surveillance cameras at border stops.