No letup in Xi's corruption battle as elders get angry

TOKYO -- China's current leaders and those from previous generations gather every summer for closed-door meetings in the seaside resort of Beidaihe, about 300km east of Beijing. For President Xi Jinping, the lead-up to this year's agenda-setting confab has been no excuse to take a breather from stomping out corruption. 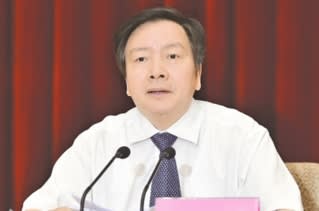 On July 20, Ling Jihua, a close aide to former Chinese President Hu Jintao, was stripped of his Chinese Communist Party membership. Four days later, authorities announced that Zhou Benshun, the top official in Hebei Province, where Beidaihe is located, was placed under investigation. And on Friday, Guo Boxiong, a former vice chairman of the Central Military Commission, was kicked out of the party. Guo is suspected of selling promotions for bribes.

Zhou, a member of the party's Central Committee, has become the first incumbent provincial party leader to be targeted by Xi's anti-corruption forces. He spent years working at the CCP's Central Political and Legal Affairs Commission, which supervises the judiciary. He is close to Zhou Yongkang, a former member of the Politburo Standing Committee, the party's top decision-making body.

Zhou Yongkang, once one of Xi's most formidable rivals, has also bowed to the anti-corruption drive. In June, he was sentenced to life in jail after being found guilty of bribery and other crimes.

Zhou Benshun became the party secretary in Hebei in the spring of 2013. After testing the political waters, he realized Zhou Yongkang would inevitably face a corruption probe and immediately switched sides to the Xi camp, even snitching on Zhou Yongkang.

The People's Daily, the mouthpiece of the Chinese Communist Party, also once used those words in a commentary. Xi himself has repeatedly used the phrase in lectures to party officials.

The term has had previous lives, too. Mao Zedong wielded it during the 1966-1976 Cultural Revolution. Xi's left-leaning political style is modeled on Mao's.

Qi qiang pai was also used in 1989, during the Tiananmen Square sit-in, to warn party members to support then paramount Chinese leader Deng Xiaoping's decision to crush the student demonstrators.

A quarter-century on, and the CCP is going through another power struggle.

When he was still in his 20s, Xi was assigned to Hebei, where he got his first taste of rural politics. Much later, in the summer of 2013, Xi returned to the province for several days to attend "mass line educational practice activities" organized by the Communist Party as part of the president's anti-corruption drive.

The "mass line" is a leadership method developed by Mao.

In a scene reminiscent of the Cultural Revolution era, Xi presided over a session of self-criticism among Hebei officials during his stay in the province. He also chastised Zhou Benshun and other officials belonging to Zhou Yongkang's faction.

In a threatening manner, Xi said, "I have come here to hear true self criticism." Zhou Benshun visibly flinched and criticized himself for his "lack of ideals and beliefs," which he described as "the root cause of luxury."

Those whom Xi deemed to be his foes have been targeted in his anti-corruption campaign, while those who switched sides to his camp have been forced to slave away for him, at least for a while.

In their time, Xi's two immediate predecessors, Hu Jintao and Jiang Zemin, were much slower to kick off full-scale political education activities. It took Hu three years to do so after becoming the CCP's general secretary in 2002. The time lag with Jiang, who assumed the top party post in 1989, was 11 years.

Cao Jianming, the procurator-general of the Supreme People's Procuratorate, China's top prosecutor, was nearly purged for not being serious about Xi's mass line activities. He once worked as Zhou Yongkang's subordinate and was also close to Li Dongsheng, the disgraced former vice minister of public security who hails from state-run China Central Television.

Cao managed to dodge the bullet -- at least for now -- by showing the flag and pledging allegiance to Xi. But the case of Zhou Benshun suggests Cao's future remains uncertain.

Zhou was placed under investigation as many as 28 months after becoming the top official in Hebei. Anybody who has switched sides and pledged allegiance to Xi could still fall victim to his anti-corruption campaign, depending on the politics of the moment. 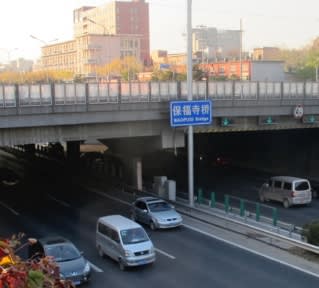 This is where the son of Ling Jihua crashed his Ferrari in Beijing.

There are rumors that Zhou Benshun was involved in an attempt to cover up a deadly car crash involving the son of Ling Jihua in Beijing.

In the accident, which happened in March 2012, Ling's son, who was driving a Ferrari, was killed instantly. One of two women in the car was completely naked, and the other was half-naked, according to media reports.

When the accident happened, Zhou Benshun was serving as the secretary-general of the Communist Party's Central Political and Legal Affairs Commission, then headed by Zhou Yongkang.

It is widely believed that Ling Jihua asked Zhou Yongkang for help in covering up the scandalous details of the accident. Zhou Benshun was also involved in the cover-up.

Xi had another objective in cracking down on Zhou Benshun.

The Chinese president is now vigorously pushing ahead with a project to develop Hebei, Beijing and Tianjin in an integrated manner as "an important national strategy." Beijing, a directly controlled municipality under the national government, is mostly surrounded by Hebei Province. It shares the remainder of its border with Tianjin, another directly controlled municipality.

"Between 60% and 70% of all large-scale individual development projects planned during the Hu Jintao era in Hebei, Beijing and Tianjin have been modified since Xi came to power," according to a person familiar with the matter.

Through the integrated development project, Xi is scheming to take full control of economic development, fund allocations and personnel affairs in the Beijing metropolitan area.

Xi wields enormous influence in Fujian and Zhejiang, having spent years in each province. The same can be said for Xi and Shaanxi, his father's home province, as well as for other areas. But Xi still needs to solidify his power base in the Beijing metropolitan area as well as in Shanghai, still considered Jiang's stronghold.

The corruption probe into Zhou Benshun is part of Xi's efforts to consolidate his grip on these regions.

Xi has vowed to bring his anti-corruption campaign down on both "tigers and flies" -- powerful leaders and low-level officials. Unlike Zhou Yongkang, Zhou Benshun cannot be called a "big tiger."

Xi's anti-corruption campaign will continue -- and net other officials at least as senior as Zhou Benshun -- until the Communist Party's next national congress in 2017, when top-level personnel changes will be made.

Xi's power struggle will not reach its climax until at least 2016.

There have been rumors that Guo has been in the crosshair for months; a probe into the dealings of his son, a service member, had been announced earlier this year. There are many beaches that are reserved for senior Chinese Communist Party officials in the resort town of Beidaihe, Hebei Province, where China's current and former leaders meet every summer to talk policy.

Meanwhile, there are growing hopes among senior CCP officials that Xi will soften the crackdown. These officials have become panic-stricken.

"Zhou Yongkang," one of them recently said, "was sentenced to life in prison instead of receiving either the death penalty or a suspended death sentence, as initially speculated. No more superbig shots will be placed under investigation for a while. The elders' power is still strong."

Jiang and other elders are said to be becoming increasingly disgruntled about Xi's anti-corruption drive.

"After carrying out a high-profile clampdown on big tigers such as Zhou Yongkang," another senior party official said privately, "Xi's anti-corruption campaign will now enter a new phase with a focus on the strict enforcement of party rules. It is desirable to come up with clear criteria for determining rules violations."

But the future of Xi's anti-corruption drive is still uncertain. No one ever knows what will happen next when China is consumed by a power struggle. In Beidaihe, Xi can expect a showdown with Jiang and other angry elders.