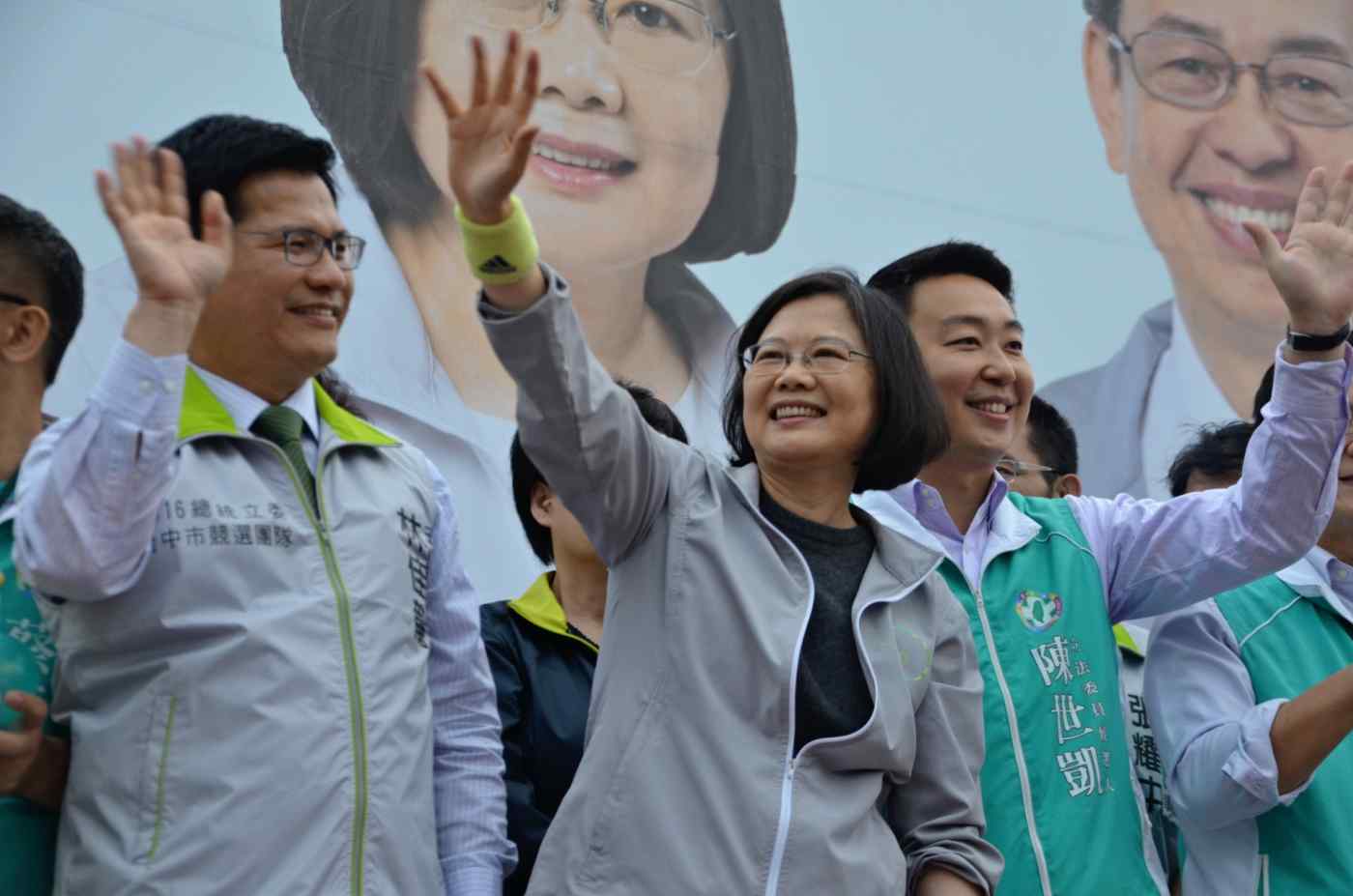 TAIPEI -- Opposition candidate Tsai Ing-wen appears to be heading to an easy victory in Taiwan's Jan. 16 presidential election, drawing on discontent with the current government and avoiding anti-mainland rhetoric to open a 30-point lead over her Nationalist Party rival.

Incumbent President Ma Ying-jeou's failure to deliver on bold economic targets has made the ruling Nationalist Party, or Kuomintang (KMT), an easy target for criticism. Wages remain low despite promised improvements, Tsai reminded around 10,000 supporters at a Sunday campaign rally in the northern Taiwanese city of Taoyuan. The Democratic Progressive Party (DPP) candidate's claims were met with shouts of agreement.

Ma took office in 2008 on the back of his "633" plan: bring annual economic growth to 6%, unemployment to 3% and per-capita gross domestic product to $30,000. Yet the economy is seen growing at only around 1% for 2015, with per-capita GDP at around $22,400. Unemployment was at 3.9% in October. Tsai has managed to pick up sizable support among Taiwanese disillusioned with the Ma government.

Tsai now spends her weekends diligently campaigning in northern Taiwan, as well as in the island's center, both major voting blocs. The north has traditionally been a KMT stronghold, with support in the south running toward the DPP. Yet Tsai has managed to make inroads into formerly hostile territory. "Everyone's looking for change," said a top public official and KMT supporter in the northern county of Miaoli. Eric Chu, the KMT candidate and party chairman, "will have a hard time turning the race around at this point," the official said with a sigh.

Tsai has also been careful to promote a continuation of the status quo with mainland China, tamping down a pro-Taiwanese independence streak within her party. Tsai's loss in the last presidential race in 2012 has been attributed in part to policies seen as anti-mainland. She promised at an economic forum Tuesday to communicate with Beijing, and not to provoke her cross-strait counterparts or otherwise cause an unexpected situation between the two governments. The economic community seems to approve.

Trouble from the start

Some 46.1% of voters are in favor of Tsai, with only 16.1% in support of Chu, a survey conducted Dec. 10 and 11 by Taiwan Indicators Survey Research showed. The Nationalist candidate's only remaining option seems to be to stoke voters' fears of soured cross-strait relations. The KMT would be able to maintain stable ties to the mainland, while a shift to the DPP could put a strain on diplomacy, Chu said Sunday. Yet voters are unconvinced.

The KMT chairman has only been in the race since mid-October, having stepped in to replace unpopular candidate Hung Hsiu-chu. Chu had refused to enter the race until then, and has since had difficulty wiping away a reputation of being calculating and quick to duck responsibility, a senior KMT lawmaker said.

Chu's running mate, human rights attorney Wang Ju-hsuan, has also found herself in hot water over dubious real estate investments, dealing a further blow to the campaign. Wang on Dec. 8 made a tearful apology for buying up several housing units designated for military use. But the scandal has destroyed her image as a defender of the weak, cutting into Chu's support as well.

Tsai, Chu and James Soong of the People First Party will hold televised debates on Sunday and Jan. 2. The Nationalist campaign's last remaining hope may be to force Tsai into a cross-strait policy gaffe by questioning her relatively undefined positions on the issue. Tsai has granted very few interviews to Taiwan's mainstream media so far, taking pains to avoid potentially damaging misstatements.