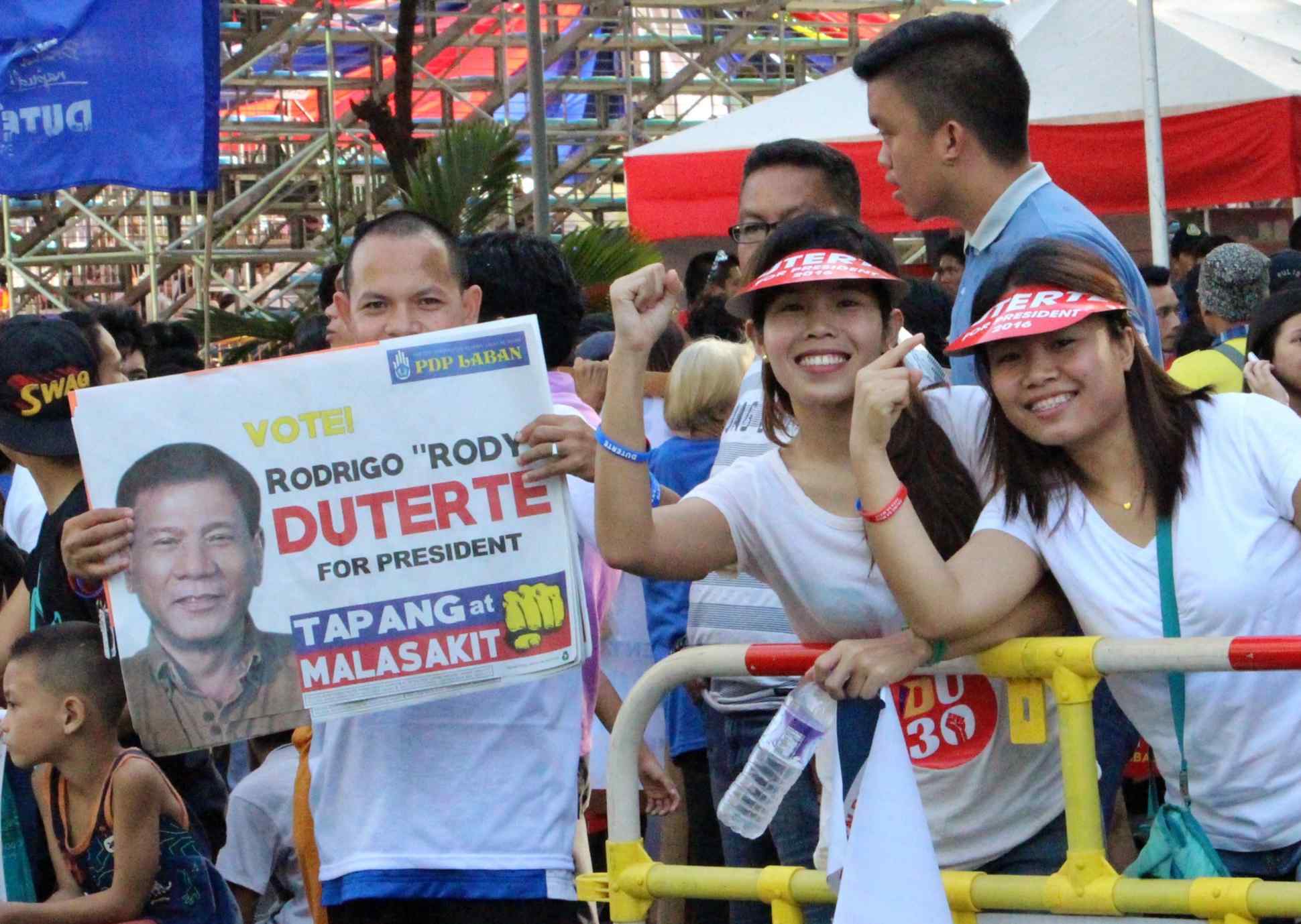 Duterte supporters attend one of the debates.
Politics

MANILA -- Davao City Mayor Rodrigo Duterte is gaining momentum in the Philippines' presidential race with incendiary rhetoric often compared with Donald Trump's in the U.S. elections, tapping into deep discontent over the country's persistent inequality and the criminality that comes with it. 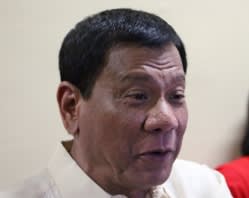 Duterte made his presence felt at a public debate on March 20 in Cebu City, in the country's central area. He invited a fellow candidate, Sen. Grace Poe, to sing with him while they waited for the delayed event to begin, drawing laughter from the audience.