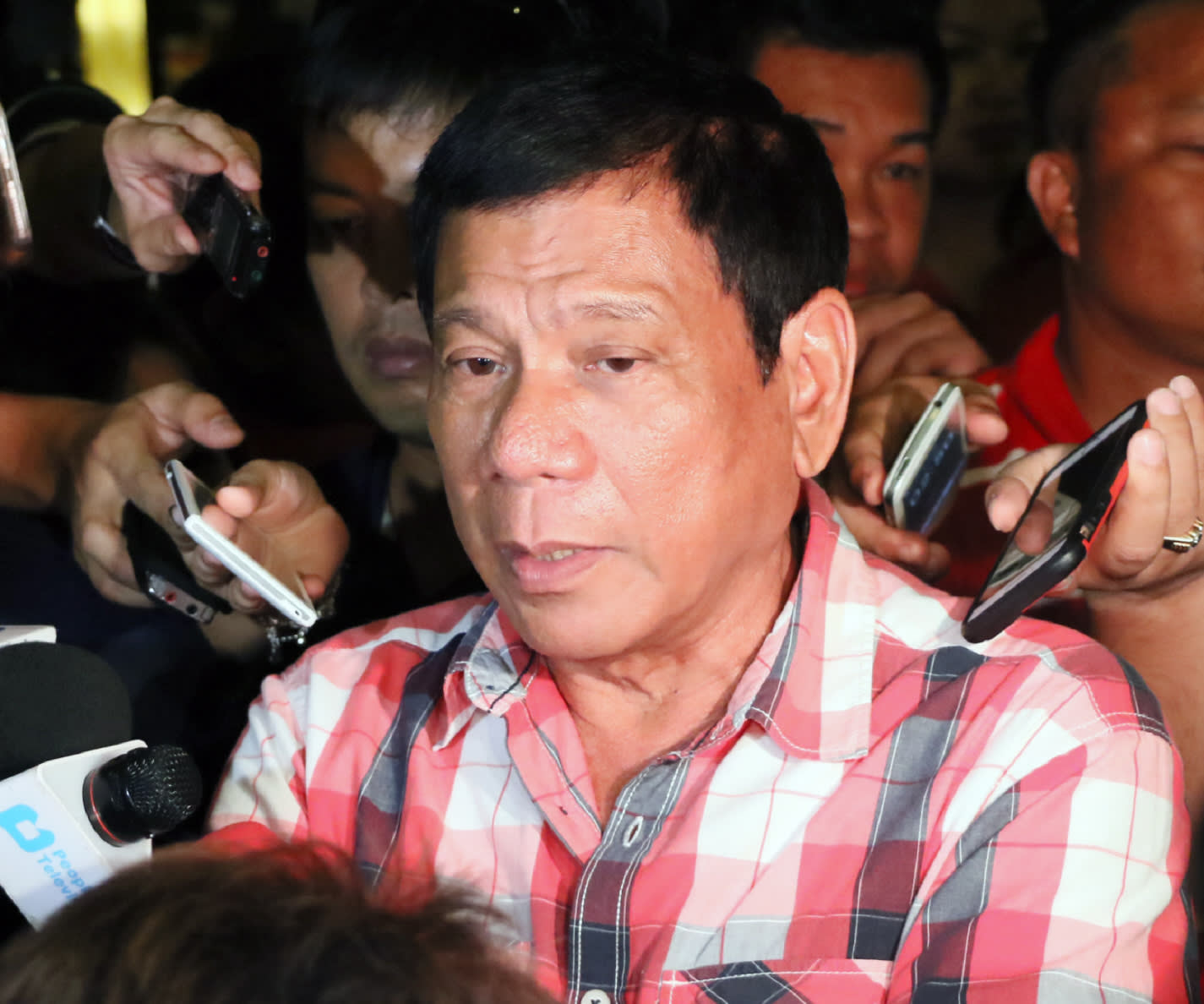 MANILA -- Since it became apparent on Monday night that he is to become the next Philippine leader, Davao City Mayor Rodrigo Duterte has not cursed in public once.

"I need to control my mouth," he told a local television program in Davao on Tuesday morning.

The reserved attitude comes in stark contrast to his behavior during the campaign, when Duterte's speeches, most of which centered on his platform of criminals and drug lords, were littered with profanity.

In November last year, he used some fairly colorful language in reference to Pope Francis out of frustration at the disruption the January 2015 papal visit had caused.

At the heat of the campaign season in April, he commented on the rape and murder of an Australian missionary at a prison riot in Davao in 1989 -- when he was already mayor. Speaking to supporters, he said the rape victim was so beautiful and the mayor "should have been first. What a waste."

Both remarks, which he claimed were "street language" said in anger, enraged women's groups and many people in the predominantly Catholic country. They were also heavily reported internationally, with many likening him to Donald Trump, the outspoken Republican presumptive nominee in the U.S. presidential race.

The 71-year-old former prosecutor on Tuesday signaled a change of tack, now that he would be leading a country of 100 million people.

Following a divisive and often vicious campaign characterized by personal attacks and mudslinging, Duterte on Monday night said: "I would like now to reach my hand to my opponents and let us begin the process of healing."

In the same TV appearance on Tuesday, he said: "I cannot be rude because I am speaking for our country. If you are the president, surely you need to be prim and proper, to the extent of becoming holy."

His spokesperson Peter Lavina on Thursday said Duterte is planning a trip to the Vatican to personally apologize to the Pope. "He wants to visit the Vatican -- win or lose -- not only to pay homage to the pope," he said. "He really needs to explain to the pope and ask for forgiveness."

Duterte's newfound sense of propriety has been seen not only in the more conciliatory tone, but also his policy pronouncements.

During the campaign, Duterte made no secret of wishing to revisit outgoing President Benigno Aquino's foreign policy by staging a bilateral talks with China, or engaging in joint commercial exploration of contested areas in the South China Sea.

Dutere on Tuesday said United States, Japan, and Australia should also have seats at the negotiating table.

"[These countries] and the rest would want a multilateral round-table discussion of this issue. We are allied with the West and we depend on America and the rest for our defense," he said, without entirely ruling out bilateral negotiations with Beijing.

Speaking with visiting foreign military attaches in Davao last year, Duterte was quoted as saying "America would never die for us." On Tuesday, he said he would facilitate the implementation of the Enhanced Defense Cooperation Agreement. The EDCA would allow for greater U.S. military presence in the Philippines to counter China's expansionist actions in the South Chine Sea.

While some may say he now carries more of the air of a statesman, some analysts have pointed to a lack of clear policy.

"He has suggested multilateral talks involving the U.S., Japan and Australia, which he must know China will reject because it will only consider bilateral talks with Manila. He has pledged to protect Philippine sovereignty in the South China Sea -- even offering up his own life -- yet has said he will ignore Chinese moves to bolster their territorial claims if they invest in his railway projects in Mindanao," Storey said.

"As a result, everyone is left totally confused as to what his "policy" is in the South China Sea," he added.