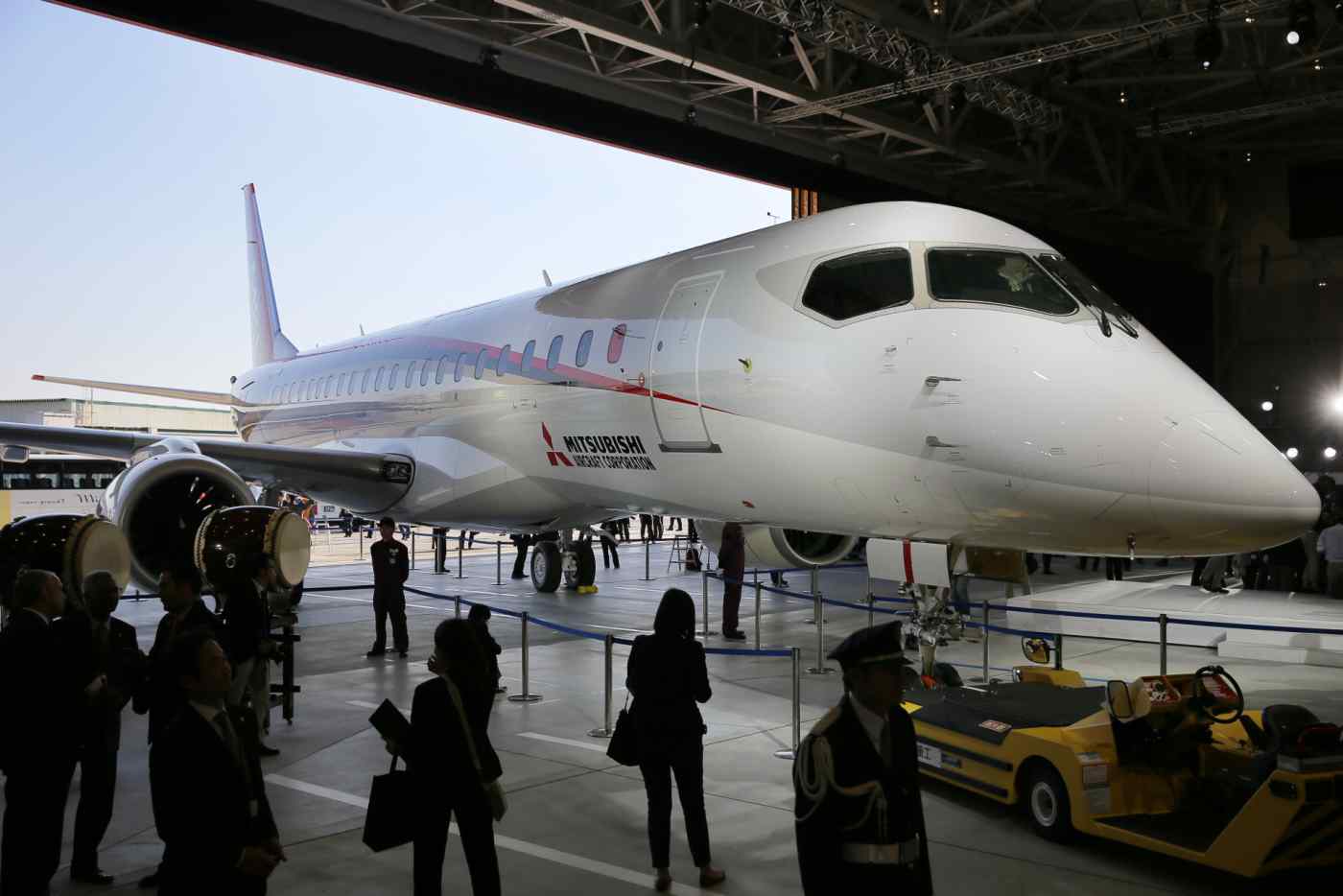 The Mitsubishi Regional Jet is unveiled to the public in Aichi Prefecture, central Japan, in October 2014.
September 27, 2015 02:00 JST | Japan
CopyCopied

TOKYO -- The Development Bank of Japan plans to pump slightly over 100 billion yen ($823.9 million) into the development of the Mitsubishi Regional Jet, a small passenger jet being built by a unit of Mitsubishi Heavy Industries.

The money will mostly go toward facilities to build, maintain and repair the MRJ, Japan's first domestically developed and built plane since the turboprop YS11, which first flew in 1962 and is no longer in service in Japan. Some of the funds will be also used for capital investment in parts suppliers.

The support from the state-owned bank is aimed at easing the financial strain at Mitsubishi Aircraft, the Mitsubishi Heavy unit in charge of the project. The parent company also plans to raise money from other sources.

The DBJ's investment is part of its plan to put 500 billion yen over five years into various projects aimed at improving Japan's industrial competitiveness.

Components such as the jet's main wings and fuselage will be built at factories in Hyogo and Mie prefectures, and assembled at a third plant in Aichi prefecture.

The MRJ is scheduled to make its maiden flight in late October, with deliveries to its first customer, ANA Holdings, slated for April to June 2017.

Mitsubishi Aircraft has already received orders for slightly more than 400 of the planes from airlines in Japan, the U.S. and Myanmar.

The DBJ, which hopes its investment will accelerate the growth of a civil aircraft industry in Japan, also plans to channel money into the aircraft component businesses of Mitsubishi Heavy Industries and Kawasaki Heavy Industries.