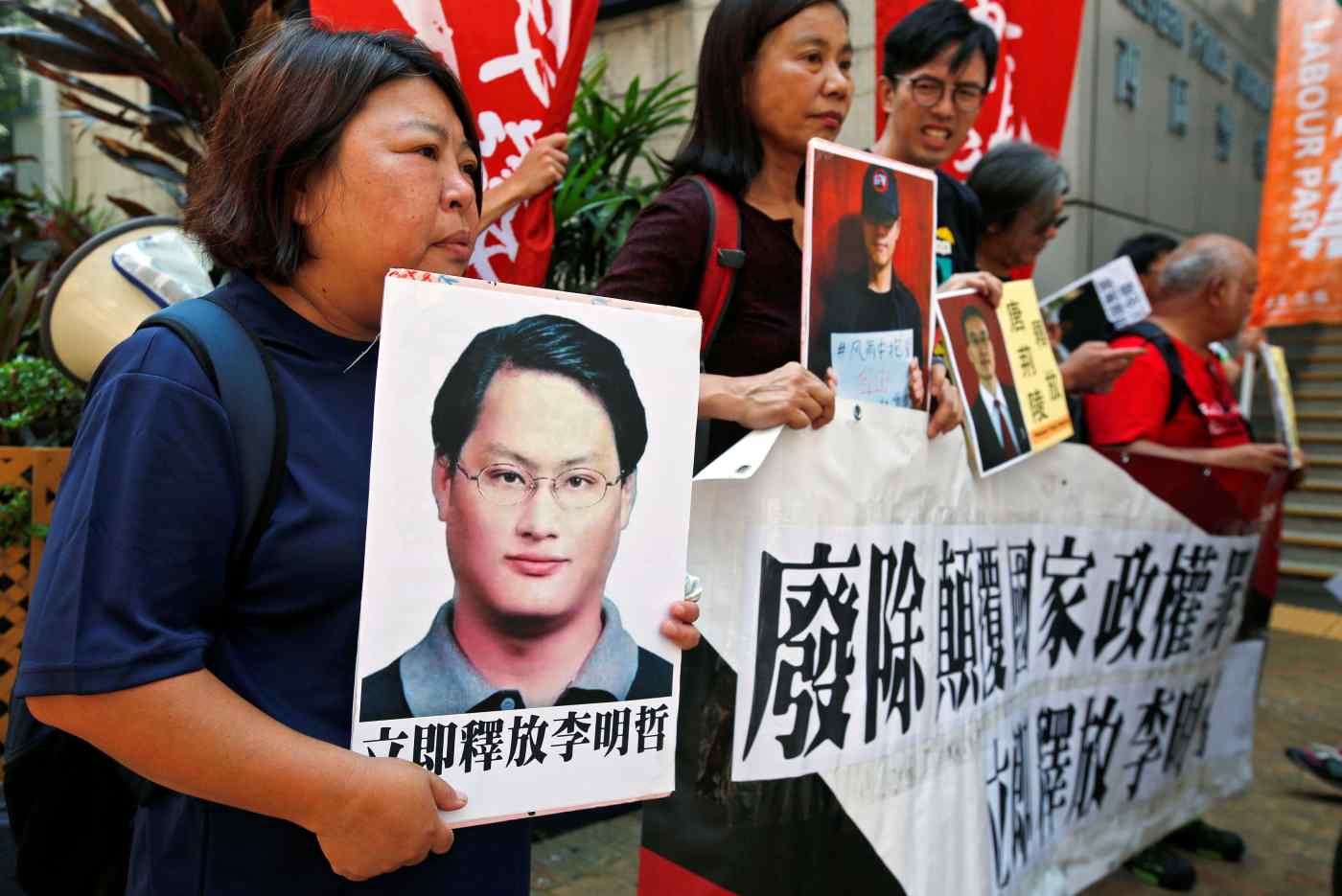 TAIPEI -- A Taiwanese rights activist pleaded guilty to subversion charges in China on Monday, in the country's first prosecution of a nonprofit worker since Beijing passed a law tightening controls over foreign nongovernmental organizations.

Taiwan urged China to handle the case of Lee Ming-che with "caution," and an expert on cross-strait relations suggested that Lee was coerced into a confession.

"The international community and Taiwanese society has paid high attention to this case," Taiwan's Mainland Affairs Council said in a statement. "This concerns China's human-rights issues and will have an impact on cross-strait relations."

Lee was brought to trial at the Intermediate People's Court of Yueyang, in the central province of Hunan. The proceeding was streamed on Sina Weibo, a microblogging platform provider, via the court's official account on Monday morning.

In a clip recorded during the trial, Lee confessed to spreading malicious articles that attacked and defamed the Chinese government's regime, and promoted Western-style multi-party democracy on various social-media and messaging platforms.

Lee said when he was in Taiwan, the information he received about China "was misleading," and that he had a more accurate picture of China's developments during his detention on the mainland through watching local television programs. He expressed remorse over his actions, saying the entire trial process had been a "civilized" one.

The court said it would issue a verdict at a later date and that Lee would remain in custody.

Chen Fang-ming, a professor at National Chengchi University in Taipei who follows cross-strait relations, said the confession "wasn't out of expectation" and that Lee likely succumbed to pressure from Chinese authorities.

"What Lee has been preaching is universal values. These are common ideologies for all Taiwanese, but they have become 'subverting state power' in China," Chen wrote in a Facebook post.

Lee went missing during a visit in March to the mainland. The Chinese authorities later confirmed that he had been detained for "pursuing activities harmful to national security."

Lee, 42, is a community college teacher and pro-democracy and human-rights activist. He has conducted online lectures on Taiwan's democratization and managed a fund for families of political prisoners in China.

The case has received international attention, and it marks China's first prosecution of a nonprofit worker on criminal charges since Beijing's law on foreign NGOs went into effect this year.

The new law states that foreign NGOs must not endanger China's national security and ethnic unity, and subjects such groups to close police supervision. It is seen as an attempt to clamp down on perceived threats to the ruling Communist Party's control.

Relations between Taipei and Beijing have been near an all-time low since Taiwanese President Tsai Ing-wen, leader of the pro-independence Democratic Progressive Party, took office last year.

Tsai has refused to acknowledge the "1992 Consensus," which refers to the understanding reached between representatives of Beijing and Taipei that Taiwan and the mainland belong to a single sovereign nation.