Taiwan's bickering parties have a restless population on their hands 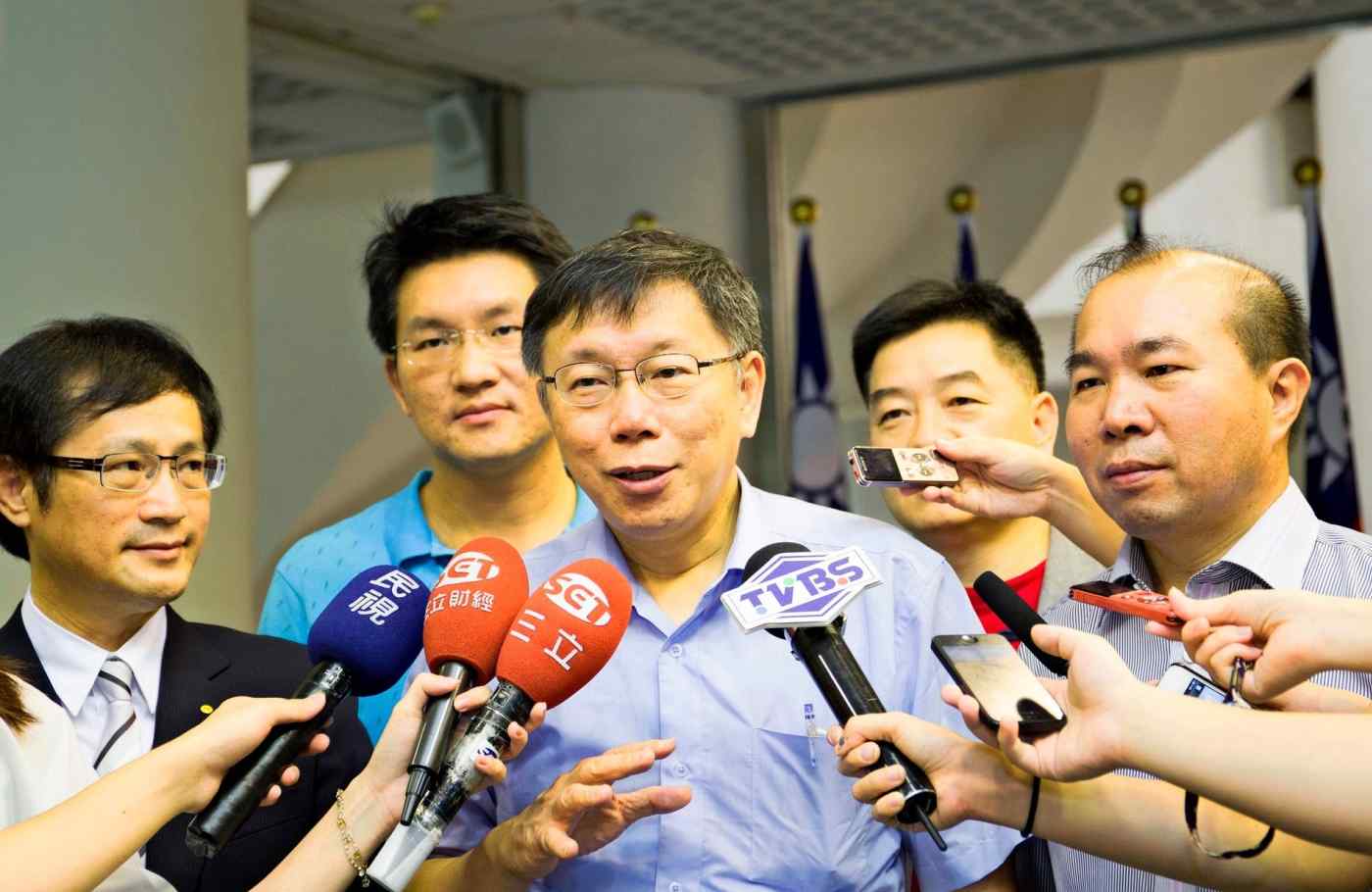 TAIPEI -- The ranks of independent voters are growing in Taiwan amid deepening disillusionment with the two major parties.

In a nod to this disenchantment, the main opposition Democratic Progressive Party last month decided to support an independent candidate in Taipei's mayoral election, to be held at the end of November.

The number of nonaligned voters is fast increasing as the Taiwanese public becomes more fed up with the chronic partisan wrangling between the DPP and the ruling Kuomintang (KMT).

The trend is threatening to shake up Taiwan's two-party system of policymaking and propel the island into an era of fractious politics.

In mid-June, the DPP announced its official support for Ko Wen-je, a physician at the National Taiwan University Hospital, for the mayoral election, instead of fielding a party member as its candidate.

Ko will fight an effective one-on-one battle with KMT candidate Sean Lien, the eldest son of Lien Chan, who served as vice president of Taiwan and now holds the title of honorary chairman of the ruling party.

Ko, a political neophyte, has gained popularity as an outspoken critic of the mainstream parties. He has pledged to open his administration to citizens and bitterly criticized the major parties.

Ko's fast-rising political star has been called the Ko Wen-je phenomenon, and various polls have shown Ko ahead of Lien.

Unified local elections at the end of November will choose the chiefs and assembly members of 22 local governments across the island. The Taipei mayoral poll will be by far the most important.

It is extremely unusual for a major party to back an independent candidate to be the capital's mayor. That the DPP has done so is symptomatic of the current state of Taiwanese politics.

Some DPP members have criticized the decision, saying it has called into question the party's own political relevance. But the party leadership is betting that Ko, whose positions on many policy issues are close to those of the DPP, has a good chance of winning.

The decision was made in response to the swell in the number of swing voters. In a March poll by Taiwan Indicators Survey Research, 42.4% of respondents described themselves as "neutral (unaffiliated)" voters, the highest reading since the research firm began canvassing voter party affiliation at the end of 2003. Since March, the percentage has declined, though it remained high at 36.9% in June.

While the number of independent voters tends to fall as an election nears, 36.9% is too high for the mainstream parties to ignore.

By comparison, the KMT and DPP both had approval ratings that were slightly above 25% in June.

The two-party system established itself in Taiwan in the 2000s. But the Legislative Yuan, the island's parliament, and local assemblies have been plagued by bare-knuckle partisan politics. The two major parties have frequently clashed in fierce and nasty partisan warfare, and have sometimes even brawled on assembly floors.

The battles have ground the legislative process to a halt, contributing to Taiwan's political and economic stagnation in recent years.

The people are growing angry. In March, Taiwanese students protesting a services trade agreement with China occupied the parliament, claiming the deal would hurt the island's economy and make it vulnerable to pressure from the mainland. A rally staged by the students attracted as many as 116,000 protesters, according to police.

Independent and spontaneous groundswells like this have emerged in recent years as Taiwanese with no political affiliation react to policy disputes. The DPP, which has been a champion of civil movements on the island, has not been a force behind the trend.

Political pundits view the unified local elections, especially Taipei's mayoral race, as a prelude to the presidential poll in early 2016.

The future of the two major parties hinges on whether they can win support from Taiwan's many independents.

Tsai Ing-wen, who resumed as chair of the DPP at the end of May, said in her inaugural speech that the party will seek "direct dialogue with all types of civil society organizations." She stressed the importance of cooperating with unaffiliated blocs.

Tsai intends to ask Ko to make speeches for DPP candidates in other races. The KMT is also striving to win support from young Taiwanese, many of whom are independents.

Meanwhile, the island's civil unrest is escalating; there have even been cases where protesters surrounded police stations or occupied public roads.

The major parties face an increasingly difficult challenge of figuring out how to respond to the grass-roots anger they themselves have provoked.