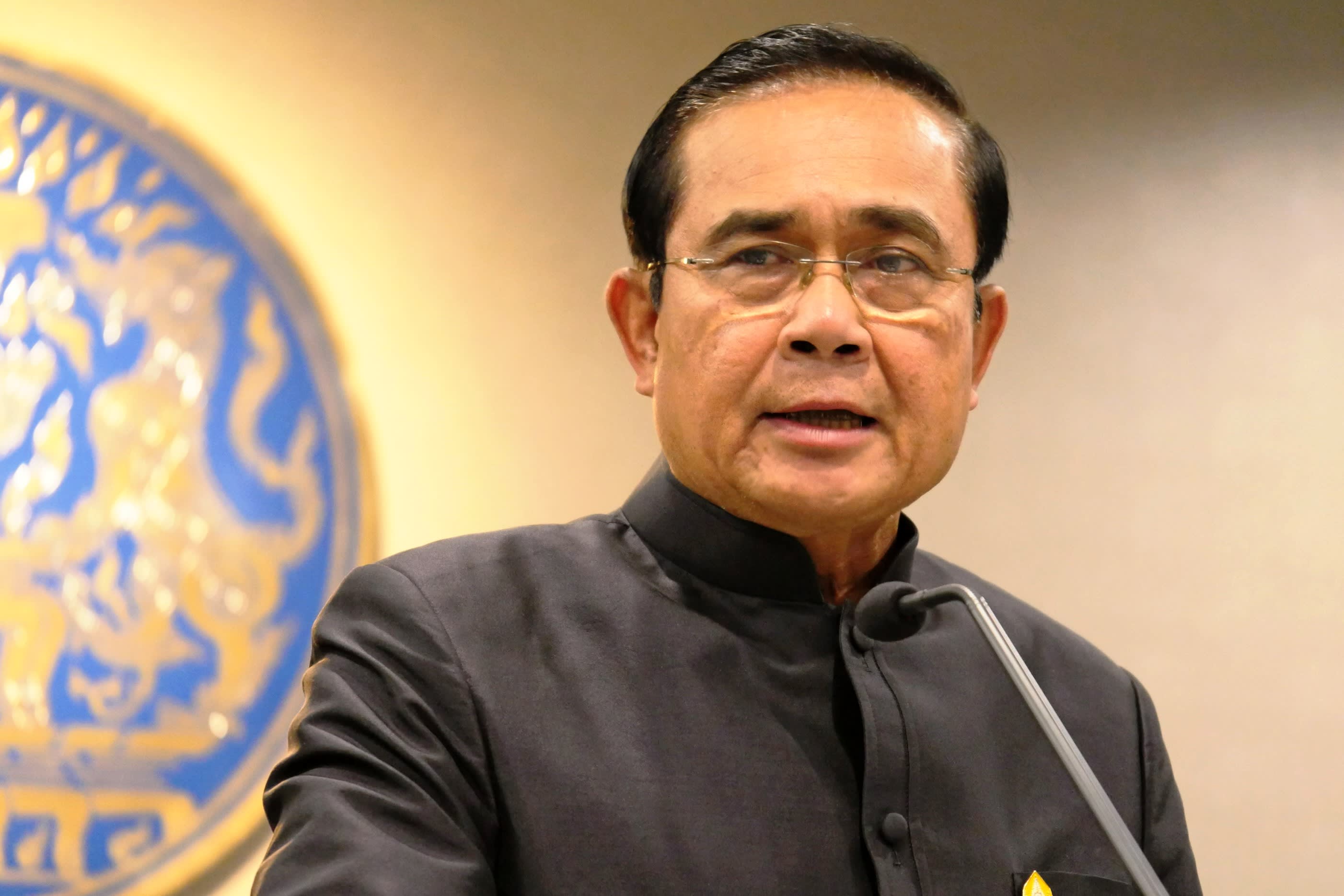 King Maha Vajiralongkorn Bodindradebayavarangkun has requested that "three to four issues" in the document be remedied "to ensure his royal powers," said Prime Minister Prayuth Chan-ocha, leader of the military junta, in a news conference here Tuesday. Prayuth did not elaborate further. Other sources suggest that the king has called for creating a permanent regency that would wield power when the monarch is out of the country, as well as measures allowing the king to help resolve political crises.

The latest constitution is set to replace an interim charter put in place after a May 2014 military coup. The junta is now preparing for a return to civilian rule as specified in that document. A military-backed draft constitution approved in a referendum last August is at the heart of this transition, laying out such critical policies as election laws.

Under the interim constitution, the draft charter must receive royal approval within 90 days of submission, lest it be scrapped. This puts the deadline for revision and approval at Feb. 6.

This mark will be extremely tough to hit. But Prayuth will likely do everything in his power to avoid sending the roughly 280-article draft charter to the trash heap over a few changes. For the king to scuttle a constitution already democratically approved would be highly unusual.

Some bureaucratic gymnastics are now in order. The deadline for royal approval will need to be extended, and the draft constitution withdrawn, altered and resubmitted -- all steps requiring legislative changes. Prayuth could draw on the extralegal emergency powers granted to him by the junta's interim charter to push the process along. In any case, leaders look to avoid putting the document up for a referendum again.

Making necessary changes to the interim charter will likely take around a month, while revising the draft constitution will take another two or three months, Prayuth has indicated. If the king is given the same 90-day window as before once the charter is submitted for approval, the whole process could take as long as seven months.

General elections planned for late 2017 would have to be pushed back to mid-2018 at the earliest. A true handoff to civilians, after the certification of election results and the selection of cabinet ministers, would slip to the latter half of next year or beyond. Prayuth, however, insisted that the government intends to respect the promised roadmap and speed up procedures where possible.

A transition timeline proposed by the junta just after the 2014 coup called for elections sometime in 2015. But crafting a constitution took longer than expected, not least because a military-selected council shot down an initial plan. The draft constitution submitted for royal approval was completed in March 2016 and went up for a national vote in August, winning roughly 60% approval.

The death of the beloved King Bhumibol Adulyadej in October after seven decades on the throne was cause for further delays. The new king succeeded his father in December. Even if the new monarch had signed off on the draft charter as expected, the year of national mourning for Bhumibol and his son's coronation would likely have pushed an election back from the planned late-2017 date, some say.