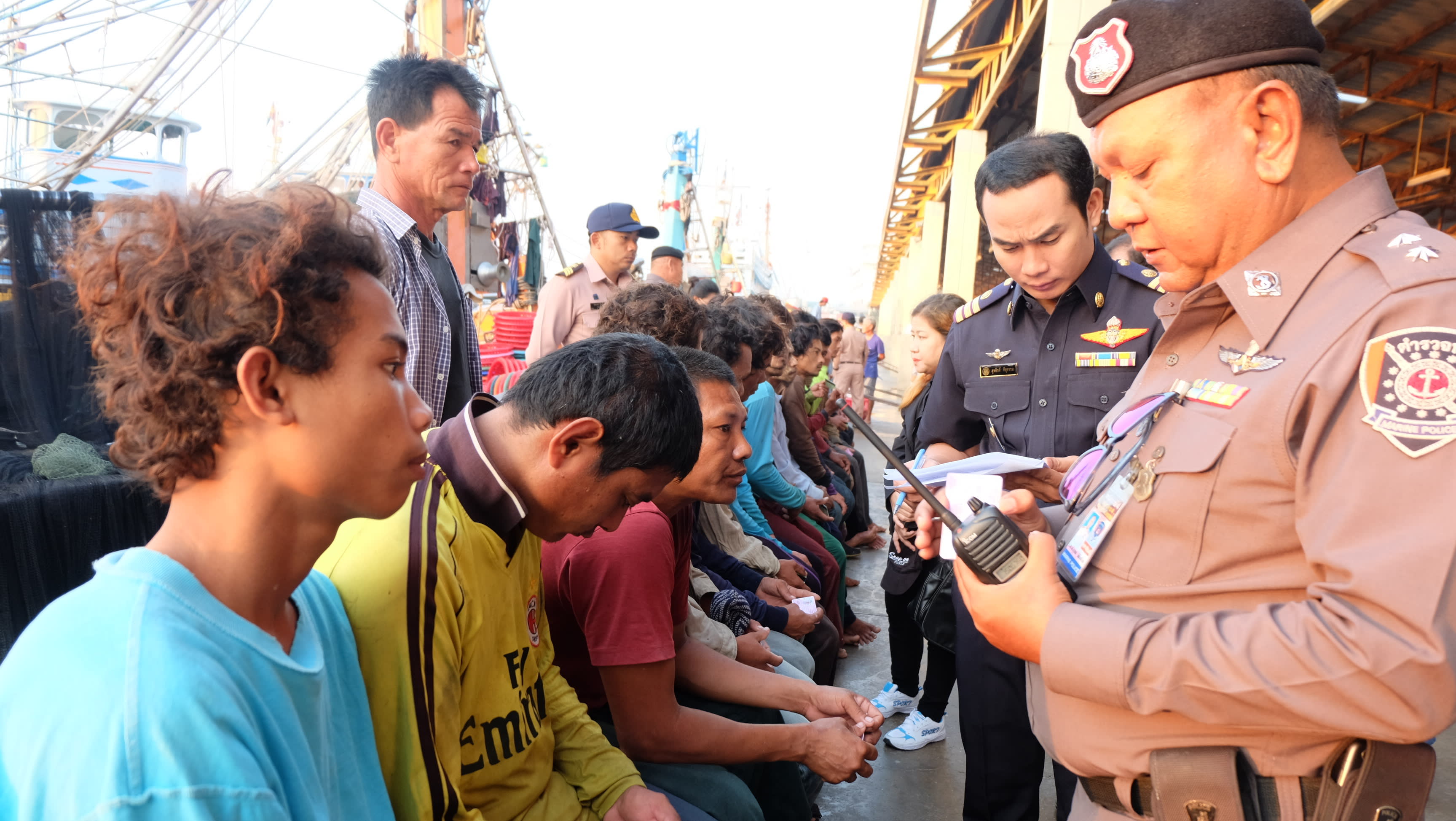 BANGKOK -- Thailand is stepping up measures to eliminate human trafficking in its fisheries industry following claims of widespread abuse by a human rights group last month.

Amendments to the law are being considered so that workers will not be forced to work for the same employer against their will, labor ministry officials said on Thursday. One of the amendments is that migrant workers will not have to obtain permission from their employer to leave their positions and will be allowed to stay in the country for up to 30 days, from the current 15 days, while they seek new jobs.

This was in response to a Human Rights Watch report that claimed the Thai government, one of the largest fishery exporters in the world, had "not taken the steps necessary to end forced labor and other serious abuses on fishing boats." The report revealed how fishermen were trafficked while they were out at sea, held against their will and were not paid on time or below minimum wage.

"The government under the leadership of Prime Minister Prayuth Chan-o-cha is committed to tackling the human trafficking and IUU, for the country's sustainability and to completely abolish the issues from Thailand," Labor Minister Adul Sangsingkeo told reporters in Bangkok on Thursday, referring to illegal, unreported and unregulated fishing.

There have been growing concerns over human rights abuses in Thailand's fishing industry over the past several years, following reports that suppliers of major exporters such as Charoen Pokphand Foods and Thai Union Group were allegedly using forced labor on their fishing boats.

In 2014, the European Union slapped a "yellow card" on Thailand for IUU fishing practices and threatened to ban imports if measures are not taken. Also in 2014, the annual Trafficking in Persons report published by the U.S. State Department downgraded Thailand to its lowest Tier 3 level, on par with countries such as North Korea, citing human rights abuse in the fishery industry among other factors.

The government and the private sector have since been working to eliminate illegal fisheries. A new fisheries law was enacted in 2015, revamping such systems as licensing, vessel monitoring and traceability of catch.

Thai Union has stopped using external pre-processors for its shrimp products and moved all operations in-house so it can keep an eye on how the workers are being treated. Following such moves, the U.S. TIP report moved Thailand up one notch to Tier 2 on its watch list, the third level in a four-level rating in 2016. The level was unchanged in 2017.

This year's report will be the last one to be published under the current military government if a general election is held as promised by the end of 2018. Labor Minister Adul said that Thailand has been doing all it can to raise its status to Tier 2 or Tier 1.

"We have put our best effort in every measure such as legal enforcement, remedy for the victims, labor protection, seizing the assets of the violators, investigation and prosecution," he said. "However, the results are in the hands of the evaluators."