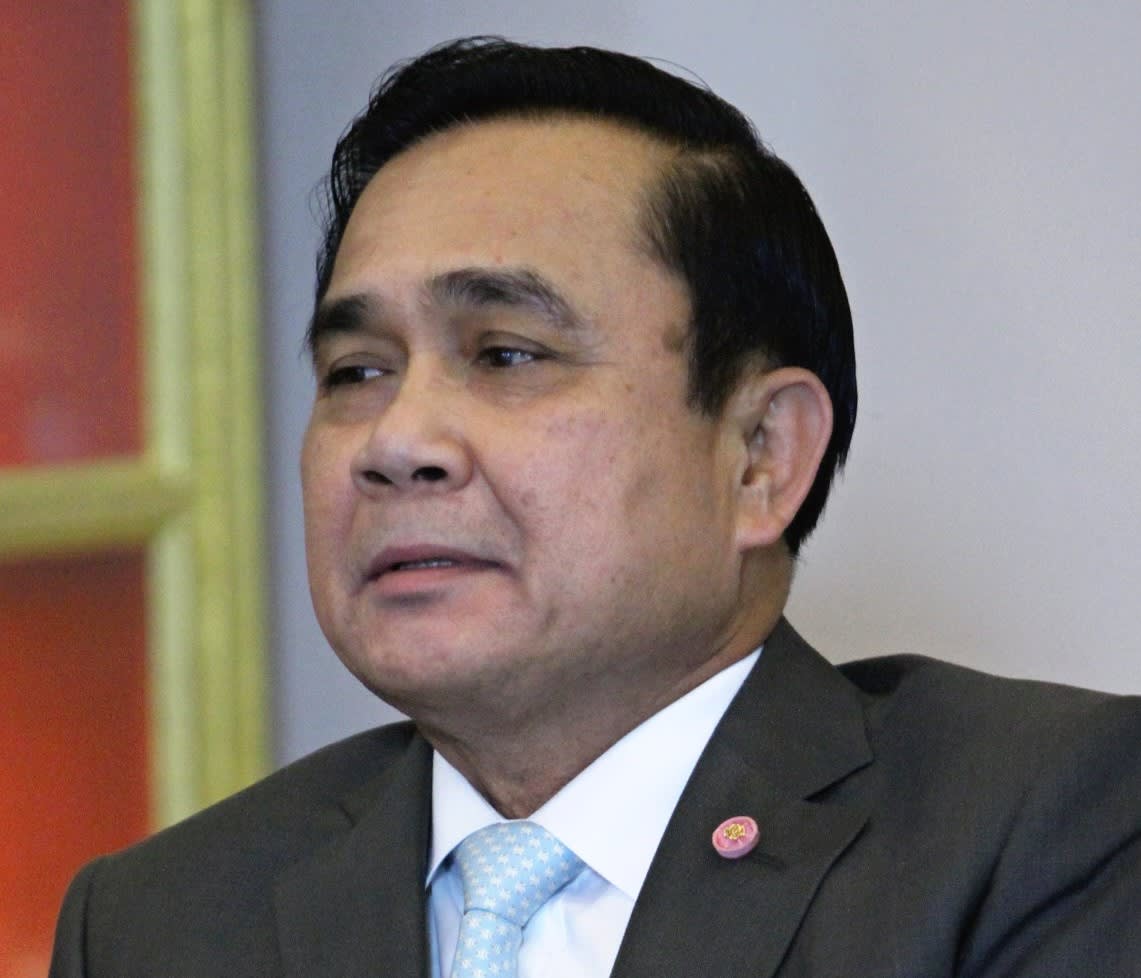 BANGKOK -- Prime Minister Prayuth Chan-ocha ultimately hopes to bring Japan's bullet trains to Thailand and thinks that a general election could be held by year-end, he told reporters Friday.

Prayuth met with Japanese media outlets here ahead of an official visit to Japan starting Sunday. He is scheduled to hold a summit with his counterpart there, Shinzo Abe, on Monday.

Thailand has agreed to jointly construct two long-distance rail routes with China: one from its northeastern border with Laos to the east, the other from Bangkok to the country's central regions. It may also join hands with Japan over an east-west route, connecting its eastern regions, Bangkok and its western border with Myanmar.

Prayuth stressed that even though Thailand has signed an agreement with China, Japan need not worry. He expressed hopes to conduct feasibility studies for a project with Japan and to search for possible areas of cooperation, including funding.

The prime minister said he hopes to get a firsthand look at the bullet trains via his Japan trip.

Prayuth will also discuss Japan's participation in the Dawei Special Economic Zone, which Thailand is developing jointly with Myanmar, at his summit with Abe. He expressed trust in Japanese technological prowess and stressed that investments from Thailand and Japan would encourage other countries to take part in the project.

The former army general took office after leading a coup last May that ousted Yingluck. Prayuth stressed Friday that he was not a dictator and that he did not oppose democratic processes in the country, now ruled by a military junta.

The previous government was never fully functional, and the political opposition refused to make any concessions, he said. Thailand could not hold a regular election to replace the ousted government under such circumstances, leaving military rule as the only option, Prayuth explained.

The prime minister revealed plans to issue a new constitution this September. In the best-case scenario, he said, election-related legislation could pass in the following two months and Thais could return to the polls by the end of the year.

But Prayuth warned that the process could be delayed unless the political situation stabilizes and made clear that the country will remain under martial law for some time.

He stressed that Thailand aims to become a democratic society, just like the West and Japan. But holding elections does not mean that corruption should be tolerated, he said.

Prayuth criticized the corrupt politics here, adding that unlike Japan, Thailand has no tradition of politicians resigning to take responsibility for their mistakes.