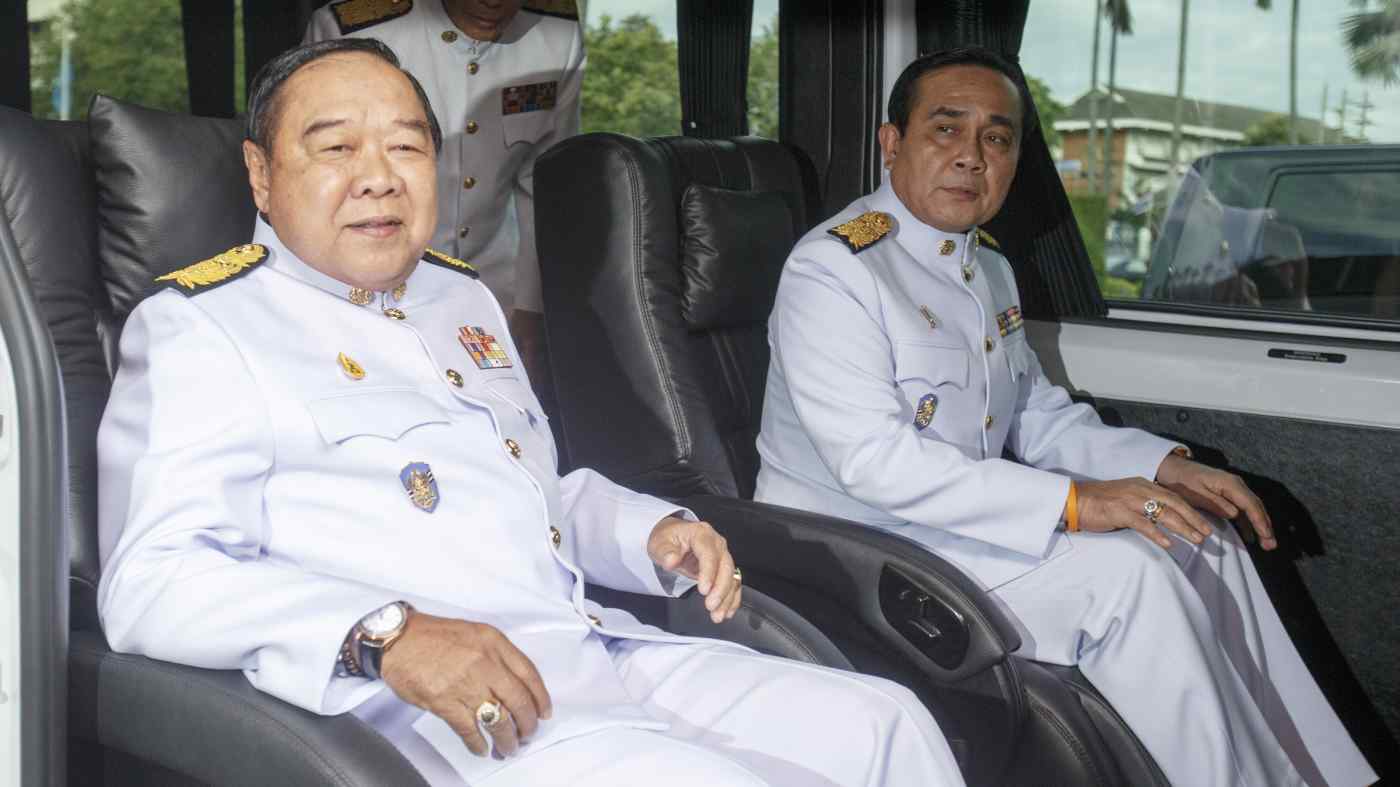 BANGKOK -- With its political future in the balance, Thailand's military government is digging in to protect one of its key figures, Prawit Wongsuwan, the deputy prime minister and defense minister who is among three prominent figures who have openly flouted laws. Public opinion is against them, but it remains to be seen if they will be held accountable for their actions.

The junta's portly second in command landed himself in hot water after evidently failing to declare among his assets a collection of 25 premium wrist watches worth some $1 million. Prawit's expensive tastes were exposed in December by an observant Thai Facebook user.

Prime Minister Prayuth Chan-ocha has not wavered in his support for the senior retired general -- both men are former army chiefs. The scandal places Prayuth in a difficult position as he courts public support to remain in power. An overdue general election has still not been scheduled.

Prawit has claimed the extravagant timepieces were loans from a deceased friend, but the brazen display of watches and rings has sparked outrage on social media. The furore suggests patience with the regime that seized power through a coup in 2014 is waning.

By Feb. 16, the start of Chinese New Year, an online petition calling for Prawit's removal had garnered 80,000 signatures. Cartoonists have openly lampooned him, and one columnist dubbed him the "Rolex General." The waves of ridicule have washed away the junta's claims to moral authority, a justification often cited by the military for staging coups and clinging to power. 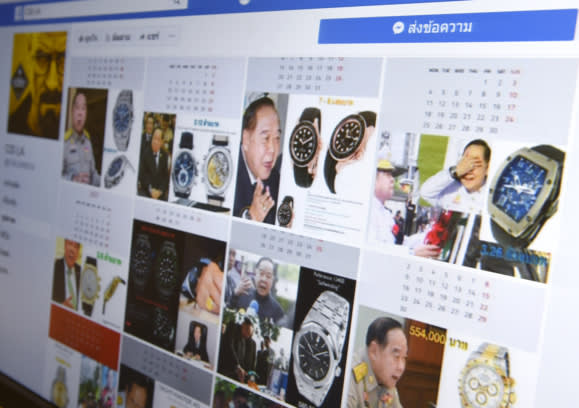 The private habits of two other rich and famous men have also come under scrutiny. One is Somyot Poompanmpoung, a former national police chief, who admitted borrowing 300 million baht ($9.5 million) from a Bangkok brothel owner while he was still a serving officer. "We are friends and of course friends do help each other," he explained. Surveys have revealed the public is not impressed.

The other is business tycoon Premchai Karnasuta, president of Italian-Thai Development, a listed company and the country's largest construction conglomerate. Premchai was arrested this month leading a hunting party inside a national park. The kills in the protected forest included an endangered black leopard. Premchai is ranked by Forbes magazine among Thailand's richest. He has dropped from sight since the incident to the consternation of environmentalists. Police have threatened to issue an arrest warrant if he misses an appearance in court on Mar. 26.

The three cases support a common perception that the country's rich and famous are untouchable, and enjoy special treatment in the justice system. Sons and daughters of tycoons, the well-heeled, and influential public officials have frequently been held above the law, even when deaths have occurred.

According to Kingsley Abbott, a senior international legal adviser at the International Commission of Jurists, a global watchdog, this culture of impunity goes back many years in Thailand, and extends beyond police simply failing to arrest high-profile perpetrators. "Certain investigations have seemingly perpetual status -- of being 'ongoing,' sometimes for years, without anyone ever being held accountable," he told the Nikkei Asian Review.

Until recently, Bangkok's politically influential middle class, which largely backed the 2014 coup, acquiesced to this traditional throwback in the police and judiciary. There were, for example, only grumbles after a senior military figure was linked to corruption in the development of a park commissioned by the junta to honour former Thai monarchs.

According to Transparency International, corruption also continues to prosper in Thailand. In 2017, the anti-graft watchdog, ranked Thailand at 101 among 175 countries it had surveyed, a significant drop from 76 in 2015. Thailand's junta leader gets ready to hit the campaign trail

A new survey pours cold water on the idea that the junta can tackle corruption more effectively than elected governments. Conducted in December by the University of the Thai Chamber of Commerce, it concludes that graft and under-the-table payments for state projects have gobbled 25-30% of the state investment budget -- over 676 billion baht. Some foreign investors have meanwhile admitted to NAR that they paid up to 30% of a project's estimated value to win official approval.

Press commentaries have increasingly reflected the recent change in the political current, and openly question the junta's claims of moral authority to mask its lack of electoral legitimacy. The Prayuth government is "morally bankrupt," wrote Thitinan Pongsudhirak, a political scientist at Chulalongkorn University, in an op-ed last week in the Bangkok Post, an English language daily. The scandals have eroded whatever remains of the military government's credibility and legitimacy, he said. The Prawit scandal is "the last straw in a long line of other graft scandals since the coup."

Military insiders expect Prayuth to stand by Prawit. The traditional military contention is that "soldiers love and protect the country more than civilians." There is also an esprit de corps among senior officers. "The military mentality is to stay together and not cut your buddy loose," a military insider told NAR.  "But if one goes, they will fall like dominoes."