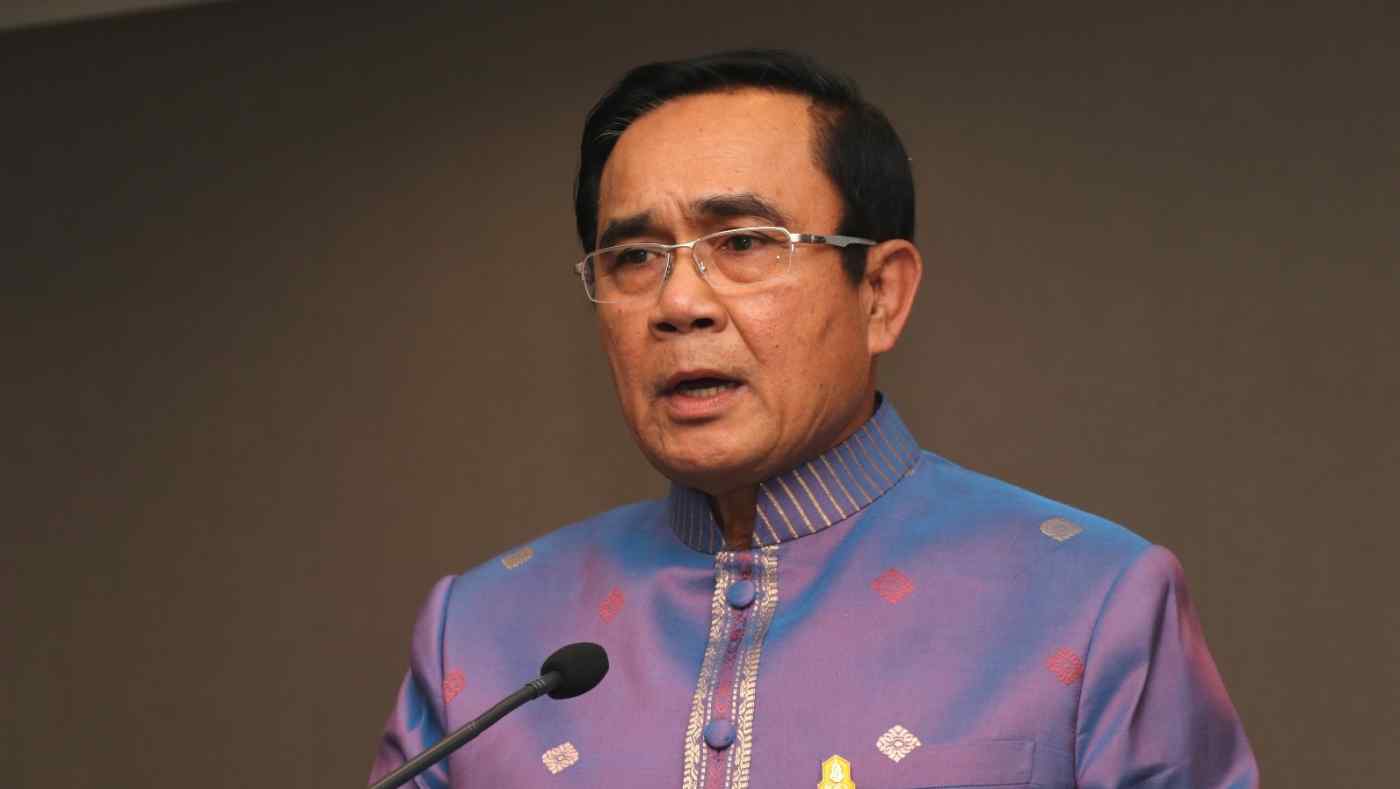 The date of the vote is still undecided, hinging on two bills regarding election of representatives and selection of senators. Thailand's constitution stipulates that voting must occur within 150 days of the laws taking effect. The later they pass, the longer the junta can delay the election.

Prime Minister Prayuth Chan-ocha, head of Thailand's military junta, has stated that the election would be held this November. But in late January, the NLA decided to postpone it for up to three months.

It imposed a 90-day wait between when the new laws are published in the Royal Gazette and when they take effect, buying the regime time.

Now, proponents of an early election worry that the NLA could scrap the bills, forcing the country to wait again should the body decide to redraw the legislation. 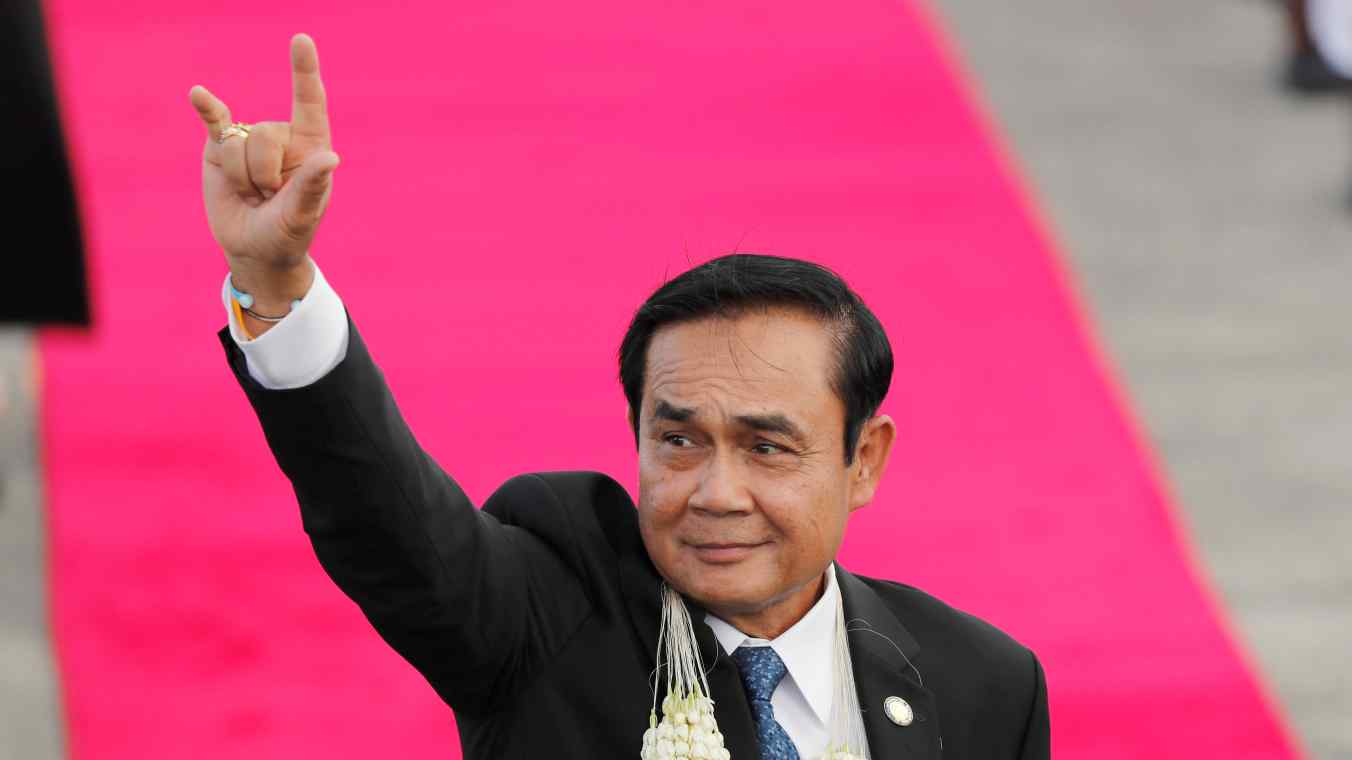 Thailand's junta leader gets ready to hit the campaign trail

Last month, the NLA also made several other changes to the bills, which are under review by a joint committee of the assembly, the Constitution Drafting Committee and the Election Commission. The NLA could vote to drop the bills when the panel sends them back.

Because the new 90-day wait triggered anti-government protests, NLA members are working to quell public concern. "I believe the chance [of the bill being voted down] is as little as just 0.01%," NLA whip Somchai Sawangkarn said on Tuesday, according to the Bangkok Post.

In a news conference on the same day, Prayuth also stressed that the bills cannot be voted down.

When the military took power in 2014, it promised an election the following year. But nearly four years later, the junta maintains tight control over political activity and speech.

Still, a political observer who spoke with the Nikkei Asian Review on the condition of anonymity, said the election will not be postponed again.

The junta is losing support over alleged graft involving Deputy Prime Minister Prawit Wongsuwan concerning his collection of luxury watches. Another delay would cause more problems, the person said.

The ideal outcome for the junta would be for an expected pro-military party to win a significant portion of lower house seats, then form a coalition with opponents of former Prime Minister Thaksin Shinawatra -- still an influential figure despite having been exiled. The coalition could then choose Prayuth as prime minister.

Further delays could hurt the military's plans, the observer said. It already has 70% of the framework needed to maintain political influence and prevent Thaksin's supporters from taking over.

Moreover, the military has already outlined a 20-year national strategy. It will not risk votes in an election by fixating on the remaining 30% of the framework, the observer said.

The two bills will likely be decided by early March. But even if the NLA passes them, public distrust may linger. Forces are working to prolong the military's grip on power, and they are adept at finding and creating new loopholes. 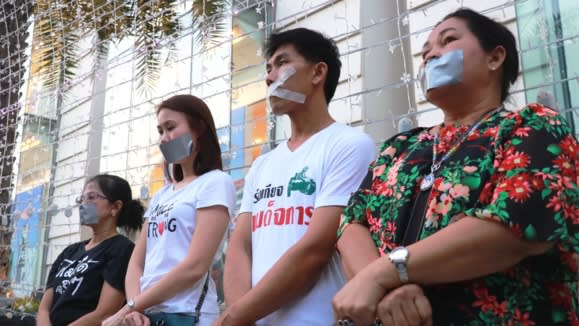 Four activists held a silent protest against the suppression of speech by the military government in Bangkok on Feb. 1. (Photo by Hiroshi Kotani)

"Historically, Thailand has embraced non-elected government if it had the capacity to meet the needs of the people responsively," said Siripan Nogsuan Sawasdee, associate professor at Chulalongkorn University. "The current government has not succeeded in either improving people's daily lives or eliminating corruption. They were given the chance by the people but failed the test."

The junta has launched a grassroots problem-solving campaign in hopes of regaining public support. But the longer they hold on to power, the more they risk alienating the public. Additional election delays could spur more anti-government movements.