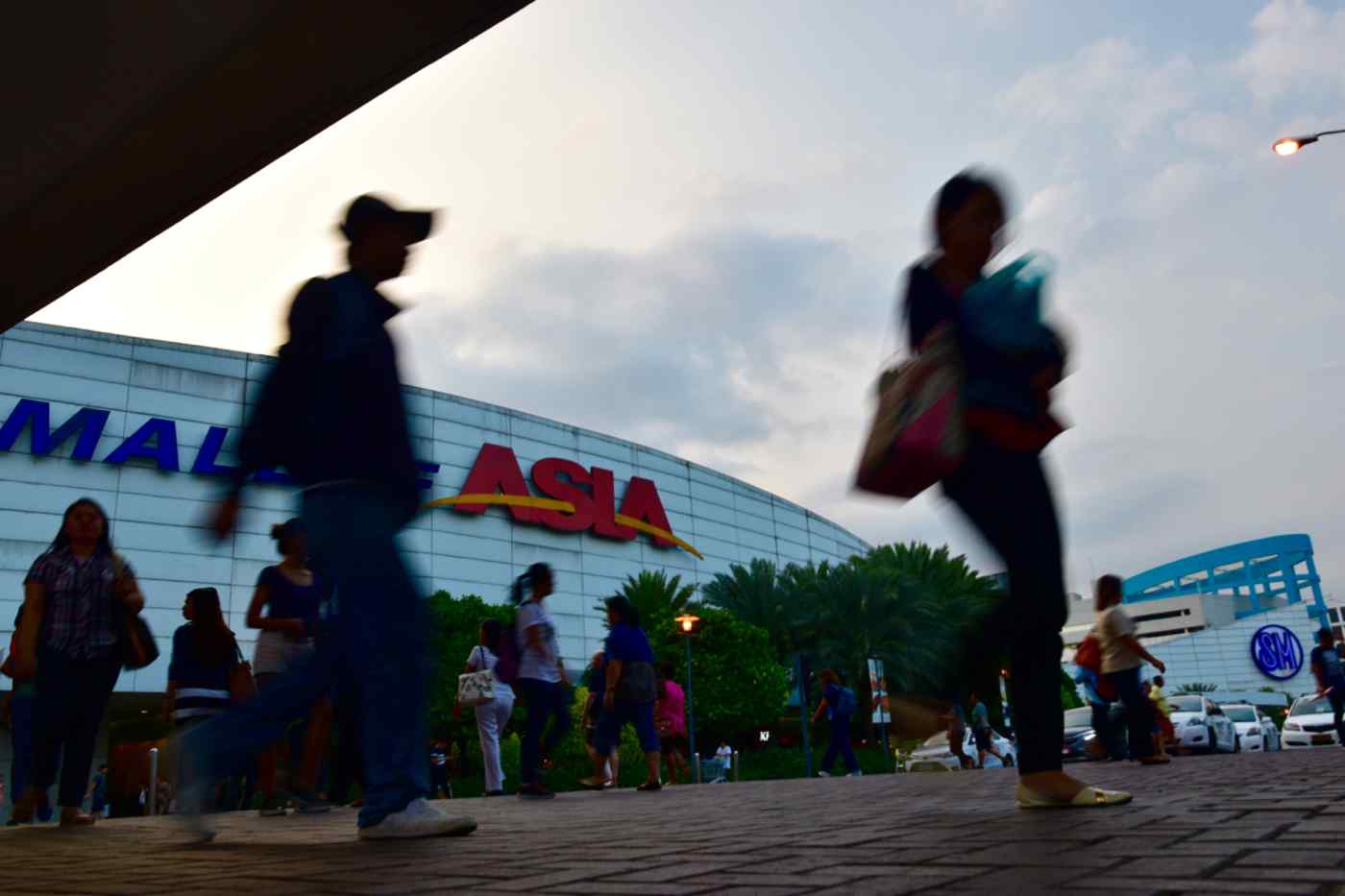 MANILA -- In sweltering Southeast Asia's buzzing and vibrant cities, when the temperature hits the mid-30s and the traffic is so clogged that streets sometimes seem more like car parks than freeways, there is always the mall.

Such is the refuge of choice in Manila, where over 150 malls host coffee shops, cinemas, restaurants, shopping and sometimes gyms and even churches. They offer all the amenities and conveniences that are hard to find elsewhere -- though churches are ubiquitous -- in the vast, chaotic city.

"Especially in Manila, we don't have parks, we don't have recreational areas, and it's very hot outside, the malls are well-ventilated," said Maria Isabel Cristina, who was meeting an old schoolfriend in Greenbelt, one Manila's biggest mall complexes, located in Makati, the high-rise, high-end business and finance hub.

"Malls are where people often arrange to meet," said Geraldine Monfort, a flight attendant who was having a coffee in the same location.

Prompted by the convenience and popularity of such vast malls, the country's election commission has announced that 86 malls across the 7,500 island archipelago will double up as voting centers for the May 9 presidential election, when 55 million Filipinos are eligible to vote. 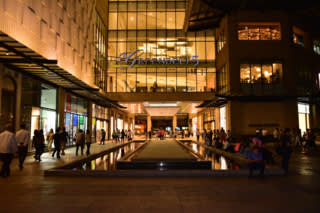 Although the lines of voters and setting up of voting facilities might present an additional security and logistical challenge for mall owners, they also are betting on increased business from the influx of voters.

Bobby Dy, chief executive of Ayala Land, said "what is important is we have elections coming up and it is important that we have successful elections, and anything we can do to support that, we will do."

It seems most voters welcome the idea, particularly as voting normally takes place in humid schools and gyms. And with relatively high levels of voter turnout in the country -- between 74% and 82% in the last three presidential elections -- this can mean long lines of voters standing under a hot sun outside the polling stations. 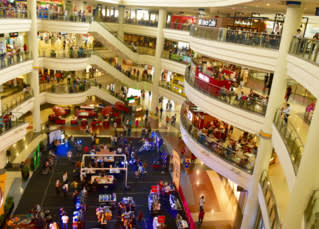 Inside the Robinsons mall in Malate, Manila (Photo by Simon Roughneen)

"It's convenient, it's air-conditioned. Other voting places are crowded, and hot," said Jennifer Aguero, an accountant, about voting in malls.

Senate President Francis Drilon believes that the convenience of malls will attract those normally not interested in voting and increase turnout, with around 2 million voters expected to cast their ballots at the malls.

Five candidates are vying to replace Benign "Noynoy" Aquino III as president, with elections also taking place the same day for vice president and for congressional seats as well as for thousands of local government positions, such as mayor.

Under Aquino, the country's economy has grown by more than 6% a year, reversing decades of stagnation. The impact of that growth -- which has been buttressed by falling oil prices -- can be seen across Manila, where construction sites line the city's main streets and massive cranes dot the skyline.

The rise of an increasingly affluent middle class, associated with the booming business processing and outsourcing industry, has helped fuel the construction of malls. "The expansion of BPO has helped push a corollary boom in real estate. A lot of the malls are near BPO facilities," said Richard Heydarian, a political science professor at Manila's De La Salle University.

Private consumption in the Philippines, which the Asian Development Bank describes as "a central driver of the economy," grew by an annual 6% in 2015, supported by remittances from overseas workers. Central bank statistics show that millions of Filipinos working abroad sent about $25 billion plus per annum in remittances back to the country; and in January 2016 alone, overseas Filipino workers, or OFWs as they are known, remitted $2.2billion to family at home.

Southeast Asia's other big cities, including Bangkok and Jakarta, feature dozens of multi-storey air-conditioned malls that for many are the hub of urban life -- not just for shopping, but also places for social gatherings. Even Vientiane, a relatively small city, is seeing a mall construction boom, with 17 new malls being built, according local real estate agents. 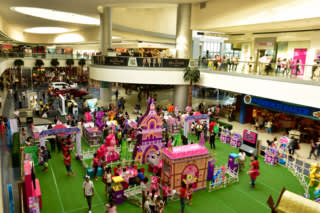 Inside Manila SM Mall of Asia (Photo by Simon Roughneen)

"Compared to malls in the U.S., the malls in [Southeast Asia] are more lively," said shopper Aguero.

But some believe the success of Manila's malls is more of a reflection of poor urban planning since there are not many convenient alternatives where one can meet friends. And despite the Philippines recent growth, poverty is a harsh reality for millions of Filipinos who are more concerned with main ends meet than joining country's recent consumer boom. According to official statistics, 26% of the population was listed as poor in 2015, with 12% categorized as "having incomes below the food threshold."

To some, the mall has a minor place in life. "Maybe they are an integral part of social life for some people, but for me, I just want to maybe buy something, and, well, just leave" said Irwin Gabo, speaking at the taxi queue at SM Mall of Asia, near Manila's waterfront.

In neighboring Indonesia, which has the world's largest Muslim population, malls normally feature discreetly-located Islamic prayer rooms. The mainly Catholic Philippines also offers places of worship, most notably at Greenbelt, which boasts five connected malls around a tree-lined park featuring a lake and a church. In the days leading up to the Easter religious holiday period, the Santa Nino da Paz Church in the heart of Greenbelt was packed.

Such added features as places for worship and recreation make malls a central part of social life for city dwellers in the region. "It is very convenient to pray here during holy week [the week leading up to Easter Sunday] after work and shopping for groceries,' said Jinky Aquino, genuflecting at one of the church entrances. "Voting here is a good idea too."