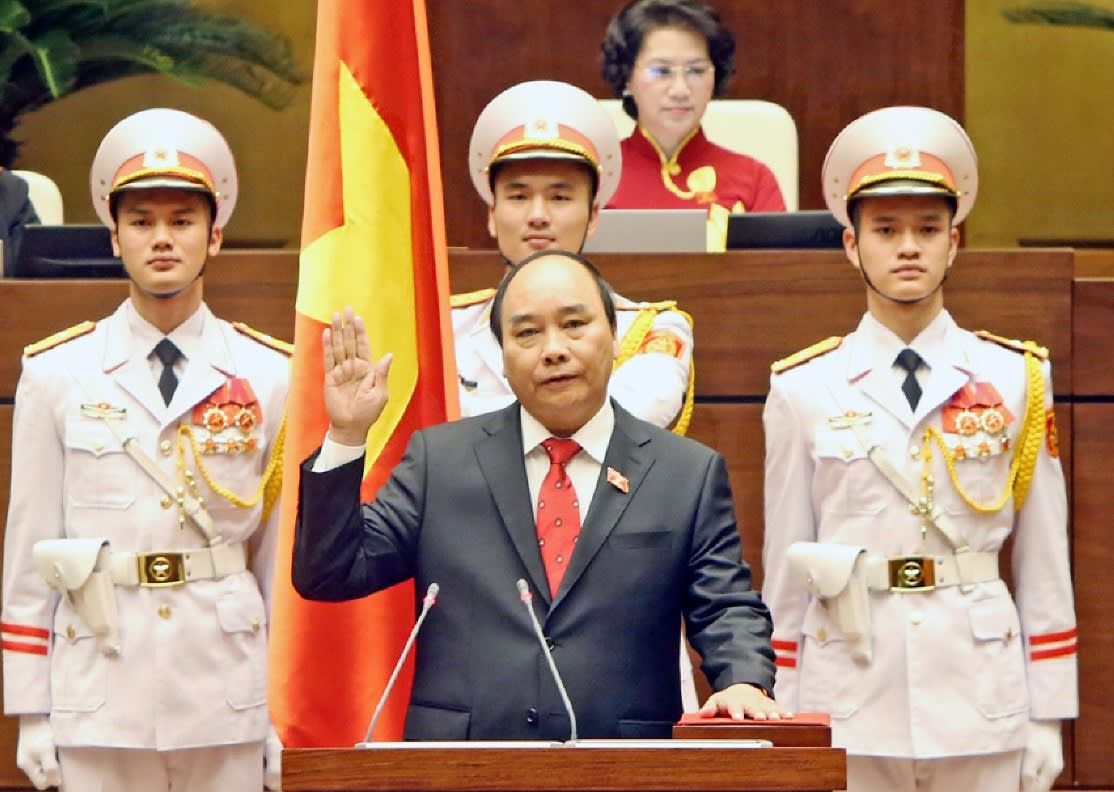 HANOI -- Thursday's selection of Nguyen Xuan Phuc as the country's new prime minister will likely mark a return to collective decision-making at the top, breaking from the more independent governing style of his predecessor.

Phuc pledged to protect Vietnam's independence, unity, sovereignty and territorial integrity. He stressed plans to reform the economy and root out corruption. His term runs until 2020.

Hailing from the central province of Quang Nam, Phuc is said to be a reserved sort of person -- more a coordinator than a leader. His political skills as prime minister remain to be seen.

Immediate predecessor Nguyen Tan Dung was a charismatic leader who brought experience as a Viet Cong fighter, a top security official and a central bank governor to the role. He used the office's wide-ranging powers to win public support in outlying areas. Dung's consistently tough stance against China over territorial disputes in the South China Sea was broadly popular. Vietnam watchers are waiting to see what tack his successor will take at home and abroad.

The five deputy prime ministers, who are expected to share power with Phuc, will likely include such economic experts as Vuong Dinh Hue, a former finance minister and the head of the Communist Party's economic commission. The new prime minister will probably consult with the Politburo's 19 members more often for now, a source close to the party said.

Four officials, including Phuc, are expected to handle decision-making at the highest level. Nguyen Phu Trong was re-elected general secretary of the Communist Party. New President Tran Dai Quang, formerly public security minister, is seen as a future candidate for general secretary. Nguyen Thi Kim Ngan, the new head of the National Assembly, is the first woman in the role.

While this system will make for more democratic decisions, some argue that it will bog down reform and hinder flexible policymaking.