JAKARTA -- Like millions of other young voters in the Indonesian capital, Ibrahim, a recent law graduate, warmed to the anti-establishment credo of Joko Widodo in voting him in as Jakarta's governor two years ago. Today, Ibrahim is volunteering for the presidential campaign of Widodo's opponent, Prabowo Subianto, an old-guard ex-special forces commander accused of kidnapping pro-democracy activists.

"The times have changed. No one is perfect," Ibrahim says in fluent English, referring to lingering accusations of human rights abuses against his chosen candidate. "It's better to look to the future."

Indonesia goes to the polls on July 9 to choose a successor to Susilo Bambang Yudhoyono, the incumbent president who is reaching the end of his two-term limit. Some 186 million people -- 70 million of whom will be first-time voters -- are expected to cast their ballots in what will be the world's largest direct election.

Prabowo, often described as a high-born "political juggernaut" with personal wealth of more than $140 million, rose up the military ranks and married the daughter of former President Suharto. His opponent, Joko "Jokowi" Widodo, comes from a modest background and was elected mayor of Solo, his central Java hometown, in 2005 on a reformist platform. He was elected Jakarta's governor in 2012 on the back of an unprecedented grass-roots social media campaign. 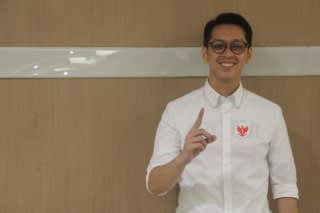 "Jokowi is young, energetic and humble," 25-year-old Ibrahim says. "But Indonesia is a big country, and it needs someone with experience, not just a mayor."

Surveys show that Ibrahim's view is echoed by millions of others. Only a few months ago, Widodo led in the polls by a substantial margin. But on the eve of the election, the race has become too close to call. Stories of family feuds abound amid deep divisions in the country's electorate. While many voters warn that a Prabowo presidency could mark Indonesia's descent back into an authoritarian rule of the Suharto style, others insist that a firmer tone than Widodo's breezy drawl is needed to overcome the country's gaping inequality and government torpor.

Ibrahim studied law at Trisakti University, a private institution in west Jakarta that played a pivotal role in Indonesia's democratization. On May 12, 1998, thousands of students there gathered to demonstrate against General Suharto, who had ruled the country since 1967 and amassed great wealth in the process. Four of the protesters were shot dead by marksmen, triggering two days of rioting in which more than 1,000 were killed. The violence marked the end of the Suharto regime and the beginning of Indonesia's democratization from 1999.

Prabowo has always emphatically denied ordering the Trisakti shootings and expressed regret about the tragedy. For Ibrahim and other students, such denials made supporting Prabowo more straightforward.

He was, however, implicated in other military abuses late in the New Order period of Suharto's rule. These include the kidnapping of pro-democracy activists in 1997-98, 13 of whom remain unaccounted for. Memories of the incident were recently rekindled when General Wiranto, Prabowo's commanding officer at the time and now a prominent member of Widodo's coalition, claimed that Prabowo had unilaterally ordered the kidnappings of the students and that he was discharged from the military as a consequence.

The English-language Jakarta Post newspaper for the first time endorsed a candidate July 4, when it published an editorial that read not so much as support for Widodo as a rejection of Prabowo. "No longer is it a mere ballot cast for one candidate over another, but rather a moral choice on the fate of the nation," the newspaper said. University of Indonesia graduate Lauditta, second from right, poses for a photo with Rahayu Sarawswati, second from left, Prabowo's niece and a former TV news anchor, at an event on the last day of the official campaign period.

"It's all accusations," says Rizky, 22, a first-time voter and organizer of a well-attended youth event for Prabowo. "I don't want to say it is right or wrong, but it has never been proven. If he is wrong, then let's take it to court."

"The conditions in Indonesia are so messed up. It's democracy, but it's a pretty chaotic democracy," says Lauditta, 23, who graduated from the University of Indonesia in July. "I really adore people from the army, because they stand for the country," she said. "They have sacrificed themselves for the sake of the country. Prabowo has served in East Timor to keep Indonesia's unity while civilians just watch and judge and do nothing."

Political analysts suggest that the recent surge in youth support for Prabowo would not be as pronounced if Indonesia had confronted its past in the education system and in the courts.

"1998 is a number for them, not an event they can relate to or interpret critically," says Jeffrey Winters, a professor at Northwestern University in the U.S. "No one from the dictatorship went to jail. No important lessons were learned. Allegations of horrible crimes from the past are met with skepticism.

"Their logic is airtight. They ask, if Prabowo committed all the crimes the Jokowi side claims, why has he never even been indicted for anything? Surely if he did something terribly wrong, their logic goes, then he wouldn't be walking around free, much less be running for president."

Indeed, some highly educated Prabowo voters say that their view takes into account the context of instability in 1998. "Prabowo is a product of the system, and the system was not created by an individual," says Indra, 27, a corporate lawyer who supports Prabowo. "The country was founded on a fair amount of bloodshed. In 1945 we declared our independence, in 1949 the Dutch tried to roll back that independence, and between then and 1998 there have been disturbances, armed rebellions and uprisings here and there," he said. "So my position is that it is unfair to pin the blame on this individual if he is a product of that system."

Many young people who have rationalized Prabowo's rights record in light of events in 1998 insist that electing a leader with the correct economic policy program is what matters now. Prabowo has the strength to raise productivity, create value-added jobs, boost food security, provide basic services to the poor and stem corruption, they say.

"If the Indonesian government can succeed in providing free education, free health and low-cost mass transport, this will alleviate cost-of-living concerns," Prabowo told the Nikkei Asian Review in May.

"Prabowo has always made it very clear that he was focused on agriculture," Indra says. "We need to take (food) security into our hands, because this nation's income is not high enough to insulate ourselves from global food prices -- rice, for example."

"Jokowi thinks you can just leapfrog food security," he adds. "You can't."

Widodo's early lead in opinion polls was hobbled by infighting within his Indonesian Democratic Party of Struggle and relatively low levels of advertising before the April parliamentary election. Prabowo, by contrast, refined his muscular messages in focus groups and spent big on advertising at an early stage, tapping into popular sentiment with rousing speeches warning against Indonesia as a "slave nation" beholden to foreign capital.

Widodo's steady line of clean governance and soft nationalism had little of his opponent's vote-winning bombast.

"(Widodo) is well-intentioned and sincere," says Winters. "But he is a small-town mayor catapulted into a national contest he's just not ready for. A segment of the population rallied around him because he promised simply to try to get things done. It is pedestrian rather than awe-inspiring. Prabowo acts presidential and has crafted a message that strikes a chord for a large number of Indonesians, especially those who yearn for a leader who projects strength." Rizky, left, a first-time voter, and Ibrahim listen as a group of Prabowo supporters from Trisakti University discuss the upcoming election. Photos by Harry Jacques

The former general also took a far more pragmatic approach to his campaign than did his rival. From the outset, Widodo said he would not exchange future cabinet positions for support from other parties. While Widodo looked to take the high ground, Prabowo's win-at-all-costs approach prompted him to make deals, to the point where parties in his coalition now hold 63% of the parliament.

"As a president, you have to be friends with everyone," says Rizky, the organizer of a youth event for Prabowo. "You have to work together with these groups."

In addition to youth and other sectors of society, Prabowo has included hard-line Islamist elements in his coalition, and has been accused of cultivating gangster connections. His partners include an Islamic party implicated in scandals over Indonesia's beef imports and a former religious affairs minister charged with mishandling the country's multi-billion dollar hajj fund.

"There is no oil mafia, no beef mafia and no hajj fund mafia in our coalition," Widodo's running mate Jusuf Kalla said during the candidates' final televised debate on July 5.

End of an era?

"The relative political openness of the 1999-2014 period could turn out to be an aberration rather than a phase of democratic consolidation," says Duncan McCargo, professor of political science at the University of Leeds in the U.K. "Let's hope not."

Many young admirers of Prabowo have firmly rejected accusations that they are falling victim to historical amnesia and insist they are simply making an informed choice to solve the country's seemingly intractable problems.

"Prabowo has a big vision for where Indonesia is going to go in the future," Ibrahim says. "It's a choice: Do you want to choose a leader or a manager?"