Will Indonesia's infrastructure be ready for Asian Games?

President's re-election hopes depend on it 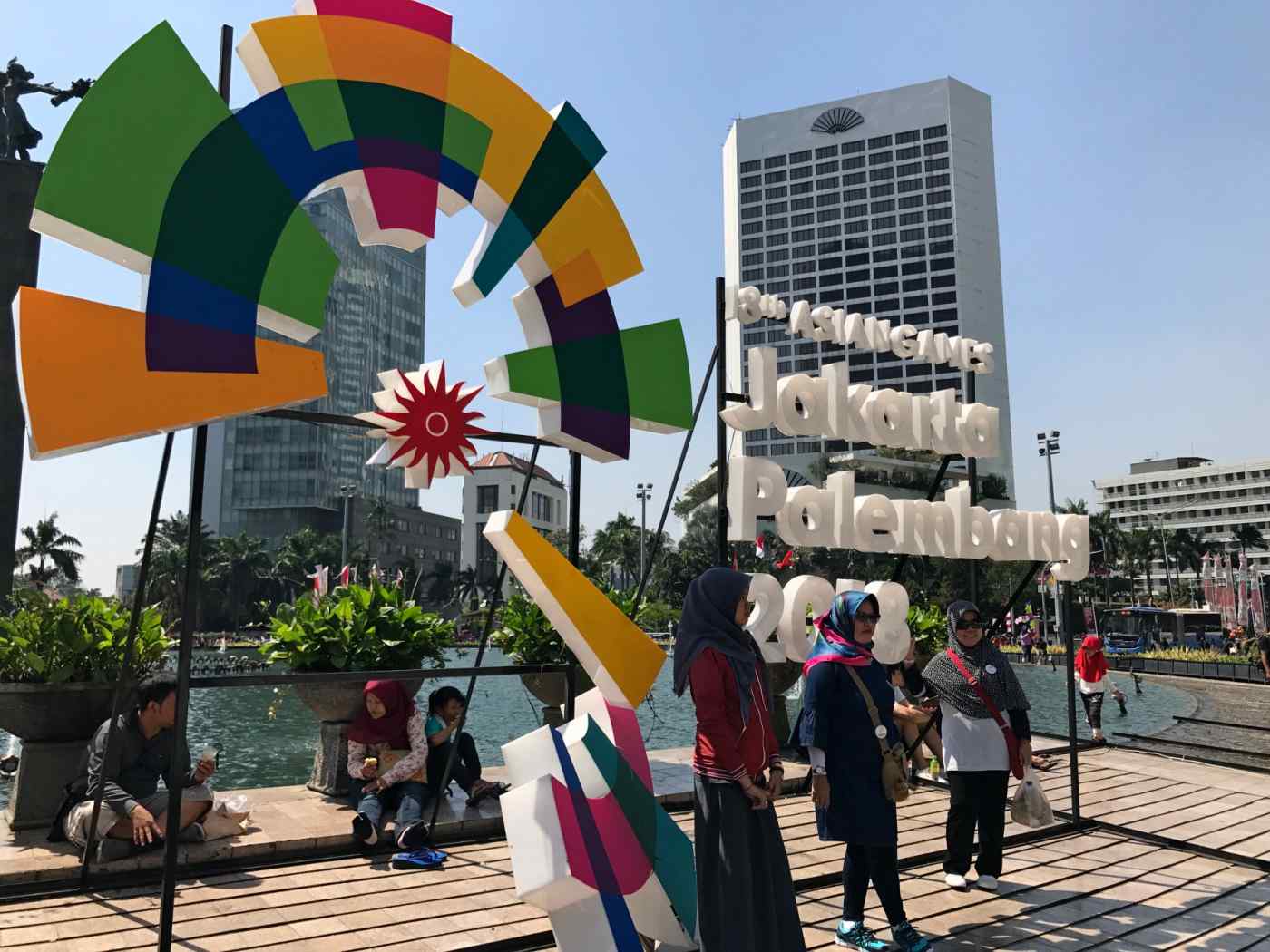 JAKARTA -- Indonesian President Joko Widodo is pinning his 2019 re-election hopes on the success of the Asian Games preceding it here. But with less than a year until the opening ceremony, related infrastructure work risks embarrassing delays.

The Olympic Council of Asia organizes the quadrennial gathering, where 10,000 or so athletes from 40-plus nations compete in swimming, wrestling and other conventional Olympic categories as well as such regional sports as wushu martial arts and sepak takraw kick volleyball.

The 18th "Asian Olympics," as they are called, were supposed to be held in Vietnam. But the country backed out, citing financial constraints. The OCA later approved Indonesia as the replacement.

Indonesians are giddy with anticipation. As early as mid-August, people in central Jakarta could be seen snapping photos in front of mascot-adorned signage. A giant digital clock counts down to Aug. 18, 2018.

But time is running out for an infrastructure push here in the capital as well as co-host Palembang, on the island of Sumatra.

Indonesia has set aside 30 trillion rupiah ($2.27 billion) for associated development projects. About half is being poured into light-rail construction for the two host cities. Although work is advancing at an accelerated pace, the infrastructure as a whole is projected to be completed around next June, according to a source close to the government.

That is cutting it close, even without setbacks. And the rushed work is leading to accidents, such as residential damage from crane collapses.

The country will also host the annual meetings of the International Monetary Fund and the World Bank next year. Successfully capitalizing on the twin opportunities to impress the global community would mark an achievement that Widodo can take to the voters. Failure is not an option.

Going for which gold?

A low medal count would tarnish the host country and its leader. Recent rumor has it that Widodo will replace the minister of youth affairs and sports to cover himself. Local media have also called for increased government support for athletes.

In last month's Southeast Asian Games in Malaysia, considered a preview of the Asian Games, Indonesia dropped to fifth place among 11 participants in terms of medals. Finance Minister Sri Mulyani Indrawati endured much finger-pointing, since sports appropriations came under her budget-cutting ax. Vice President Jusuf Kalla has declared that the system for training athletes should be upgraded.

But such spending will have to be balanced against the chronic shortfalls in tax revenue. The government may end up having to tap state-run enterprises and the funds they set aside to promote the national interest.