Deputy PM concedes ousted leader may have 'escaped' ahead of verdict 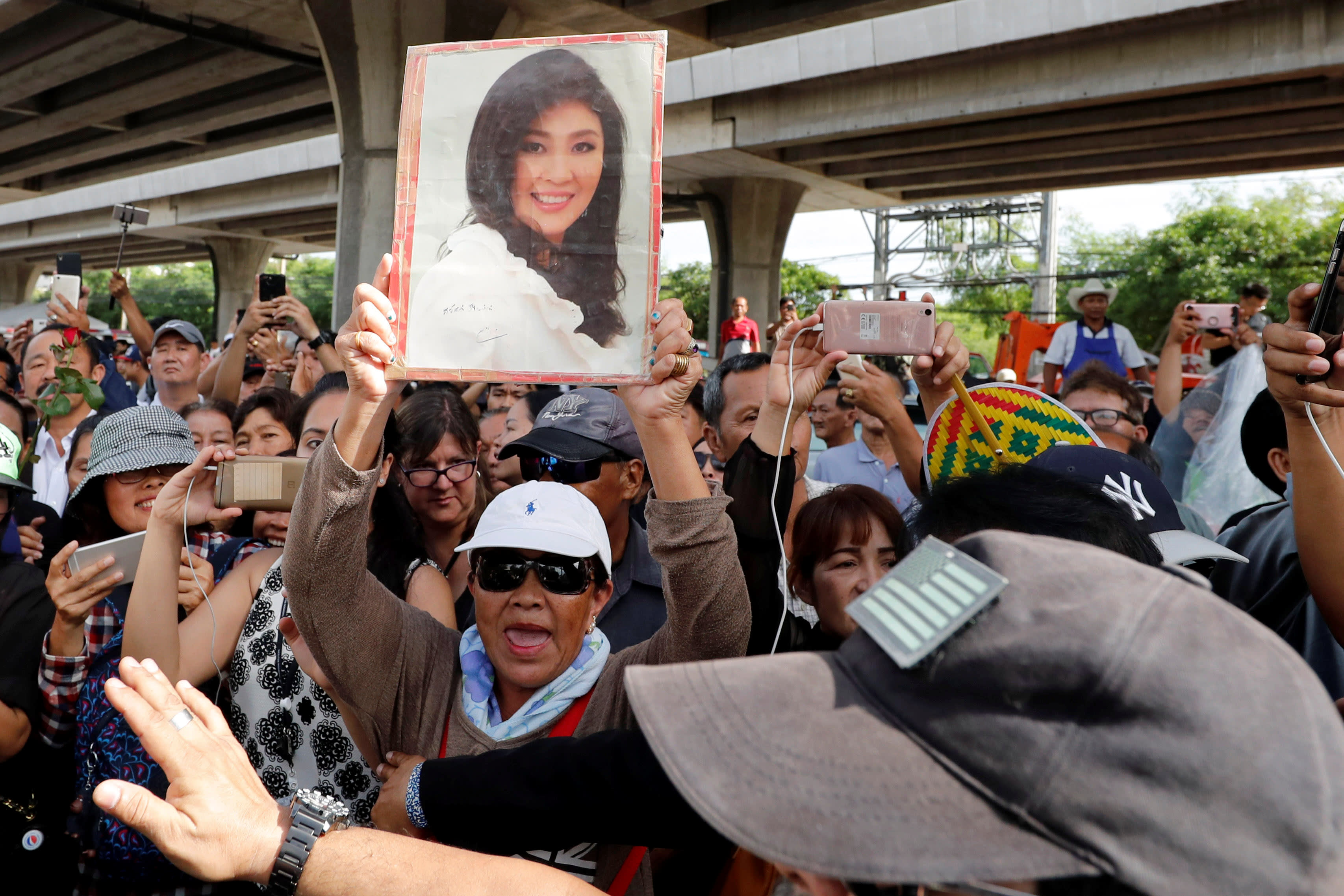 Supporters of ousted Thai Prime Minister Yingluck Shinawatra wait for her at the Supreme Court in Bangkok on Aug. 25, but sources suggest she has fled to Singapore.   © Reuters
YUKAKO ONO, Nikkei staff writerAugust 25, 2017 19:06 JST | Thailand
CopyCopied

BANGKOK -- Thailand's former Prime Minister Yingluck Shinawatra failed to appear in court on Friday because she had already fled the country, according to a source close to the Shinawatra family.

Yingluck had been expected to hear the verdict in her criminal trial, where she stands accused of negligence in connection with her government's botched rice-pledging scheme. The charges carry a possible prison sentence of 10 years. Her lawyer said she was absent because she was ill, prompting the court to reschedule the verdict and issue an arrest warrant.

"She fled to Singapore to meet her brother there," said one source on condition of anonymity. Thaksin Shinawatra, Yingluck's elder brother and a former prime minister, went into self-imposed exile after his government was toppled in a coup in 2006.

Deputy Prime Minister Prawit Wongsuwan told reporters in Bangkok that "there are possibilities that Yingluck has already escaped the country," and that there are several routes she could have taken.

One high-ranked military official said that she has already moved from Singapore to Dubai where Thaksin resides.

Prime Minister Prayuth Chan-ocha said he is not aware of Yingluck's whereabouts. "We are still looking for her," he said.

Yingluck was ousted by the current military junta in a 2014 coup.