Tokyo, Osaka and Fukuoka will race to attract foreign talent under Suga plan 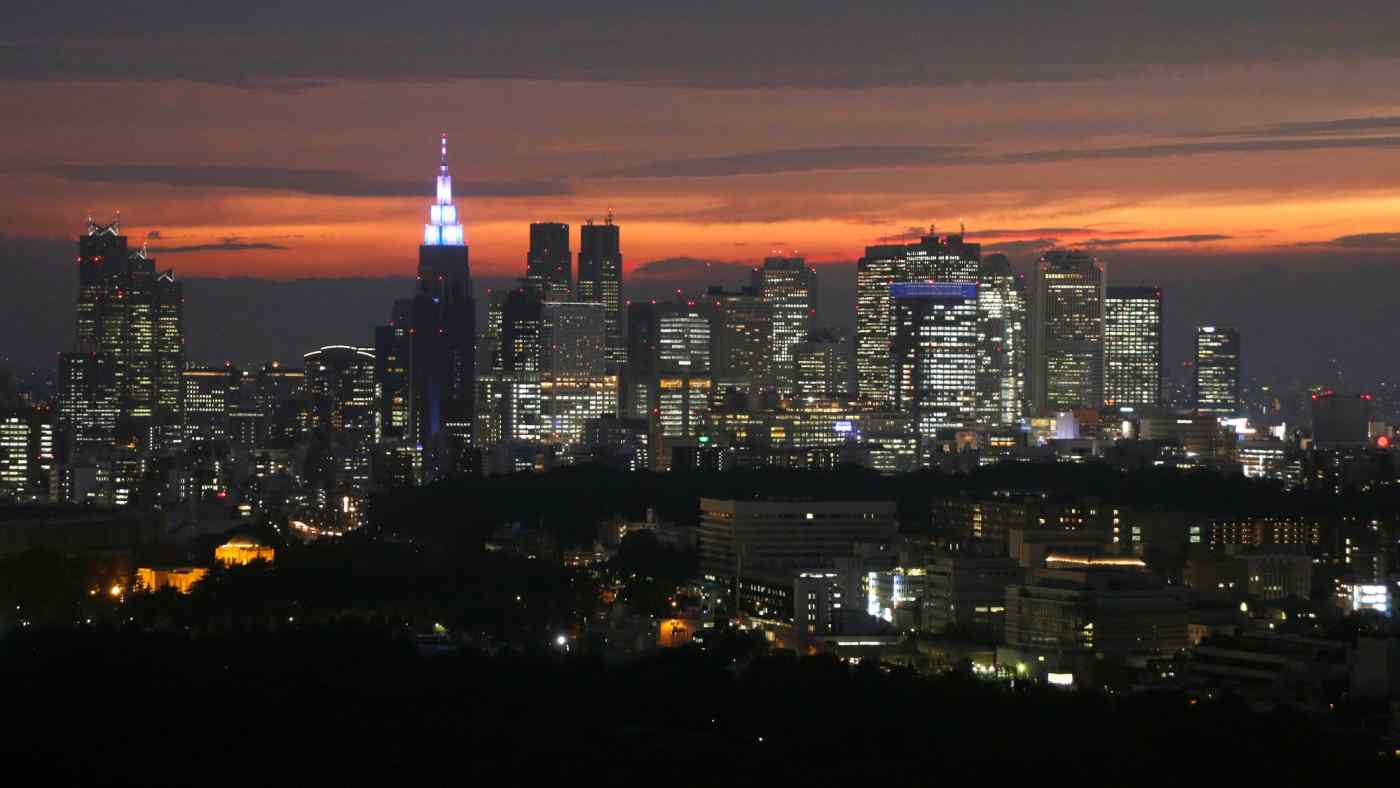 Tokyo at night. The capital city has traditionally been seen as Japan's global financial hub, but other cities in the country will be encouraged to raise their profiles in the arena.   © Reuters
RIEKO MIKI, Nikkei staff writerOctober 12, 2020 09:07 JST | Japan
CopyCopied

Japan "can expect a market revitalization by attracting financial personnel from overseas," Suga told Nikkei and other media outlets in early October.

The plan is to attract highly skilled workers from around the world through tax perks and special residency rules that will apply to the entire country. But the city that can demonstrate steady achievement will receive focused government support in its development as a financial hub.

"Of course I expect Tokyo to develop [as a center]," said Suga, who also spoke of plans to "create an environment where financial functions can be improved" throughout Japan -- raising the possibility that a hub could be in another city.

Tokyo has previously served as the city of choice for government-led initiatives to form a financial hub, given the heavy concentration of headquarters and branches of financial groups. The Japanese capital offers special visas to select foreign arrivals, for example.

Despite this, the city has lagged. The latest Global Financial Centers Index, published in September, ranked New York, London and Shanghai as the top three. Tokyo slipped one place to fourth. Critics have said high tax rates and language barriers are among the reasons for the city's relatively poor performance.

Details for the plan will be hammered out quickly. Tax legislation for fiscal 2021 is expected to feature lower income and inheritance tax rates for highly skilled overseas professionals, as well as cuts for foreign enterprises. Expanded budgetary provisions for accommodating English speakers will also be on the table, along with residency extensions.

Japan sees an opportunity to raise its status in the financial world because of events in Hong Kong. American and other asset management groups have decided to leave the territory in the months since China imposed a national security law on it in June. Japan seeks to roll out a welcome mat for such businesses.

And Osaka and Fukuoka have ramped up efforts to woo global financial companies.

"It's enormously important to secure the status as an international financial capital, and Osaka should aim to occupy the center of Asia's financial metropolises," Osaka Gov. Hirofumi Yoshimura has said.

Osaka is collaborating with SBI Holdings, a Japanese online brokerage that has decided to withdraw from Hong Kong. The company plans to create a financial center encompassing Osaka and Kobe.

SBI President Yoshitaka Kitao has met with Suga, apparently to exchange views on the company's vision. Osaka and SBI are lobbying the central government to reform taxes and simplify visa applications.

Fukuoka, located on the southern island of Kyushu, has launched an organization, Team Fukuoka, to lure international financial groups. Organizers will play up its geographical proximity to other Asian countries. Team Fukuoka will explore tax incentives and expansion of English-friendly facilities that will create a welcoming environment for foreign talent.

Tokyo will highlight its appeal as Japan's largest city. The vision of turning the city into a global financial center has formed a large part of Gov. Yuriko Koike's growth strategy since she took office in 2016.

Tokyo is due to revise the scheme for attracting multinationals next autumn. "The conditions surrounding international finance continue to be in upheaval," Koike said at a recent preparatory meeting.

"It's my intention to add upon what we accomplished to win the intense competition among cities," she said.

Tokyo is widely thought to ultimately have the advantage, but the race is not a foregone conclusion. Companies are diversifying workplaces out of the capital as a result of the coronavirus outbreak, for one.

Osaka is the home base of Nippon Ishin no Kai, a political party regarded as having deep ties to Suga. This connection has been pointed out by members of the ruling Liberal Democratic Party.

Digitization and smoother system operations have become pressing issues in the race to become the financial capital, especially after a glitch this month forced the Tokyo Stock Exchange to halt trading for a day. The central government is moving to identify issues that will crop up on the path to digitization.