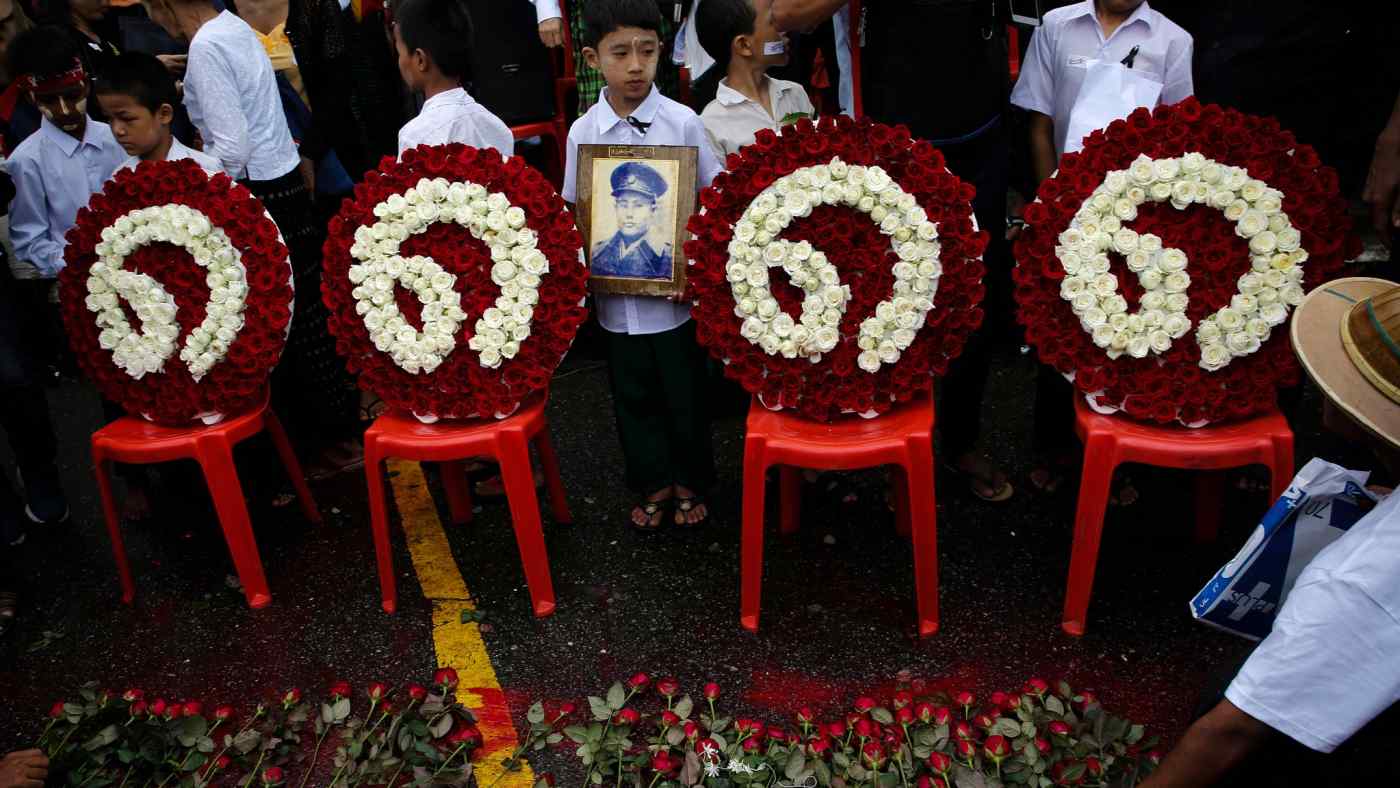 YANGON -- Three decades since the uprising that ushered in Myanmar’s long quest for democracy, the military still holds considerable power over a government led by Aung San Suu Kyi, the icon of that movement.

Leaders of the historic 1988 uprising gathered at the University of Yangon on Wednesday to commemorate their progress. But Suu Kyi, struggling to maintain the right distance from the military, was conspicuously absent, and the movement's alumni made somber calls for constitutional revisions to rid parliament of military influence.

"Elections and the parliament created through the 2011 shift to a civilian government are not enough, " Min Ko Naing, who led the 1988 movement, said at the gathering. "All seats in the parliament should be filled through an election," he said, calling for a swift revision of the constitution.

The current charter drawn up in 2008 gives the military control over a quarter of the parliamentary seats.

"She must have wanted to attend, as the movement became the starting point of her fight for democracy," a diplomatic source familiar with Myanmar affairs said, referring to Suu Kyi's skipping the event.

But as state counselor, Suu Kyi needs to work with military leaders to address various issues, including the persecution of the Rohingya Muslim minority group, for which she has received international opprobrium. Given that she needs the military's cooperation, she will likely have to put revising the constitution on the back burner.

Thirty years ago Wednesday, hundreds of thousands of citizens rose up against the single-party rule of Ne Win, a general who took control of the country in a 1962 military coup and turned it into a totalitarian socialist state.

The daughter of Gen. Aung San, known as the father of modern-day Myanmar, Suu Kyi gave her first public speech on Aug. 26, 1988, while on a visit from the U.K. A brutal crackdown ensued, and Suu Kyi would spend 15 years in house arrest for her advocacy of democracy.

"Suu Kyi promised to revise the constitution in her election campaign, and the revision is necessary to reduce the military's involvement in politics," said a participant of the commemoration.