53% of Japanese public snubs Abe as scandals grind on 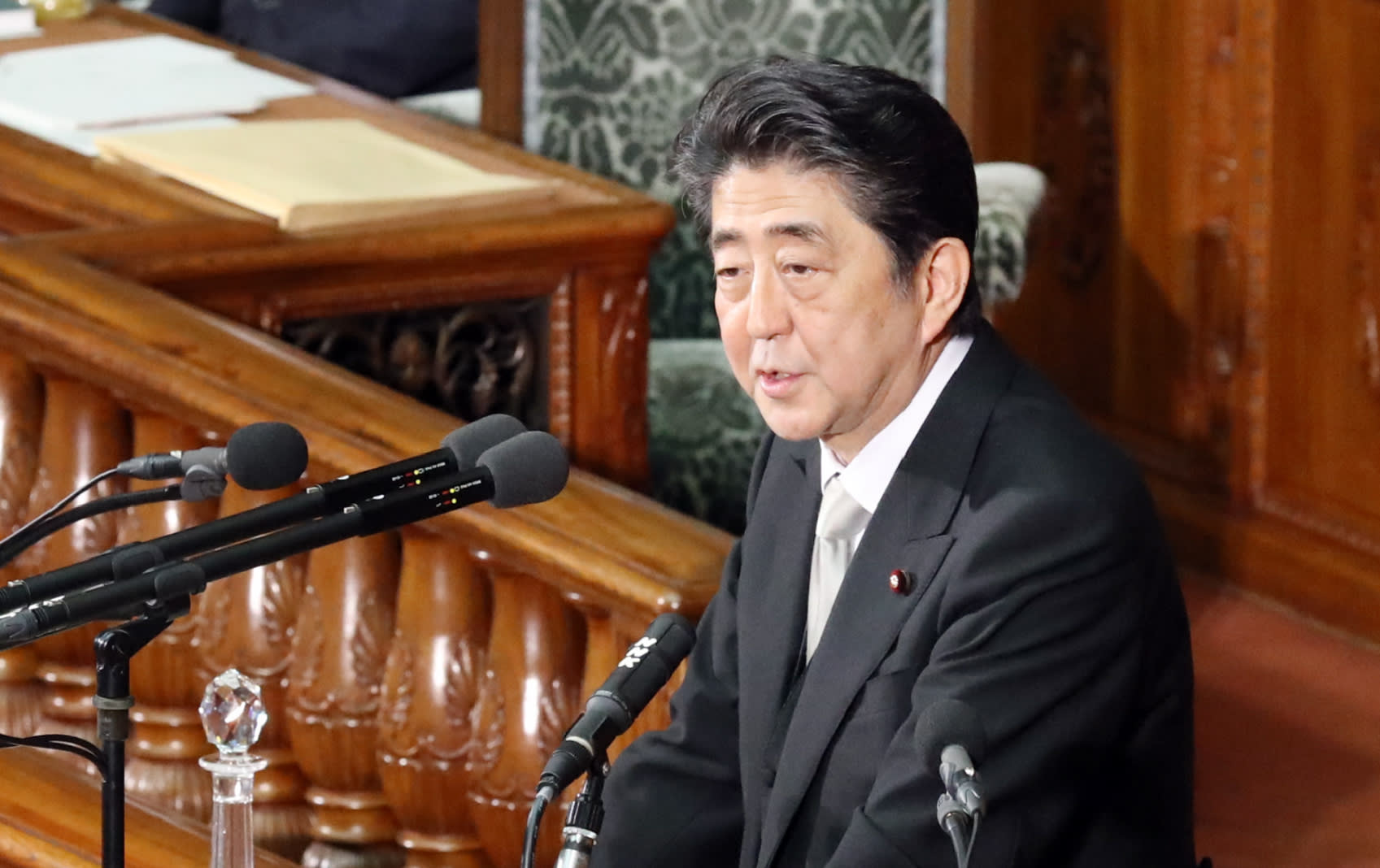 Prime Minister Shinzo Abe speaks during the lower house plenary session on May 22. Engulfed in scandals, Abe has been suffering from low approval ratings. (Photo by Uichiro Kasai)

TOKYO -- Public support for Prime Minister Shinzo Abe's cabinet has remained mired in the low 40s, hurt by a pair of favoritism scandals, as the disapproval rating hit a record 53% in the latest Nikkei/TV Tokyo survey.

Most respondents are not satisfied with Abe's explanations for the scandals.

The poll from Friday to Sunday showed the cabinet's approval rating at 42%, roughly unchanged from 43% of late April. The figure fell 14 percentage points to 42% in March following revelations that the Ministry of Finance had altered documents related to the sale of public land at a discount to nationalist school operator Moritomo Gakuen.

The disapproval rating reached the highest since the Abe returned as prime minister in 2012 and rose from 51% in the previous survey. This marked the first time in the second Abe government's run that those disapproving of the cabinet surpassed those approving of it for a third straight month.

In a separate scandal involving the establishment of a veterinary school by Kake Educational Institution, 74% of respondents were not satisfied with Abe's denial of involvement, while 16% were. Of those supporting the cabinet, 50% found the explanation acceptable and 33% did not.

Although Abe has held that he and his wife were not involved in the Moritomo document scandal, 68% of respondents said the prime minister has responsibility, while 23% said he does not.

On who should lead the ruling Liberal Democratic Party in September's election, Shinjiro Koizumi received 28% of the responses, the greatest share, followed by Abe at 24%. Koizumi, a son of former Prime Minister Junichiro Koizumi, serves as the party's chief deputy secretary-general. Both men were tied at 26% in the previous survey. Shinjiro Koizumi is most favored among the general public as a candidate in the ruling Liberal Democratic Party's presidential election this September. (Photo by Maho Obata)

They were trailed by former Secretary-General Shigeru Ishiba at 23%, Internal Affairs Minister Seiko Noda at 5% and policy chief Fumio Kishida at 4%.

Among LDP supporters, Abe led with 45% of responses, followed by 21% for Ishiba and 19% for Koizumi. Among independents, 35% picked Koizumi, while 19% went for Ishiba and 11% chose Abe.

Asked whether Abe should meet with North Korean leader Kim Jong Un, 68% of respondents said he should, while 23% saw no need. In the previous survey, 75% favored an Abe-Kim summit.

Forty-nine percent said they approve of U.S. President Donald Trump's announcement that he will cancel a meeting with Kim planned for next month, while 33% said they disapprove.

The survey was conducted by random-digit dialing, targeting those 18 and older in Japan. Responses were received from 975, or 46.6% of the total.