A generation of young Koreans losing faith in President Moon 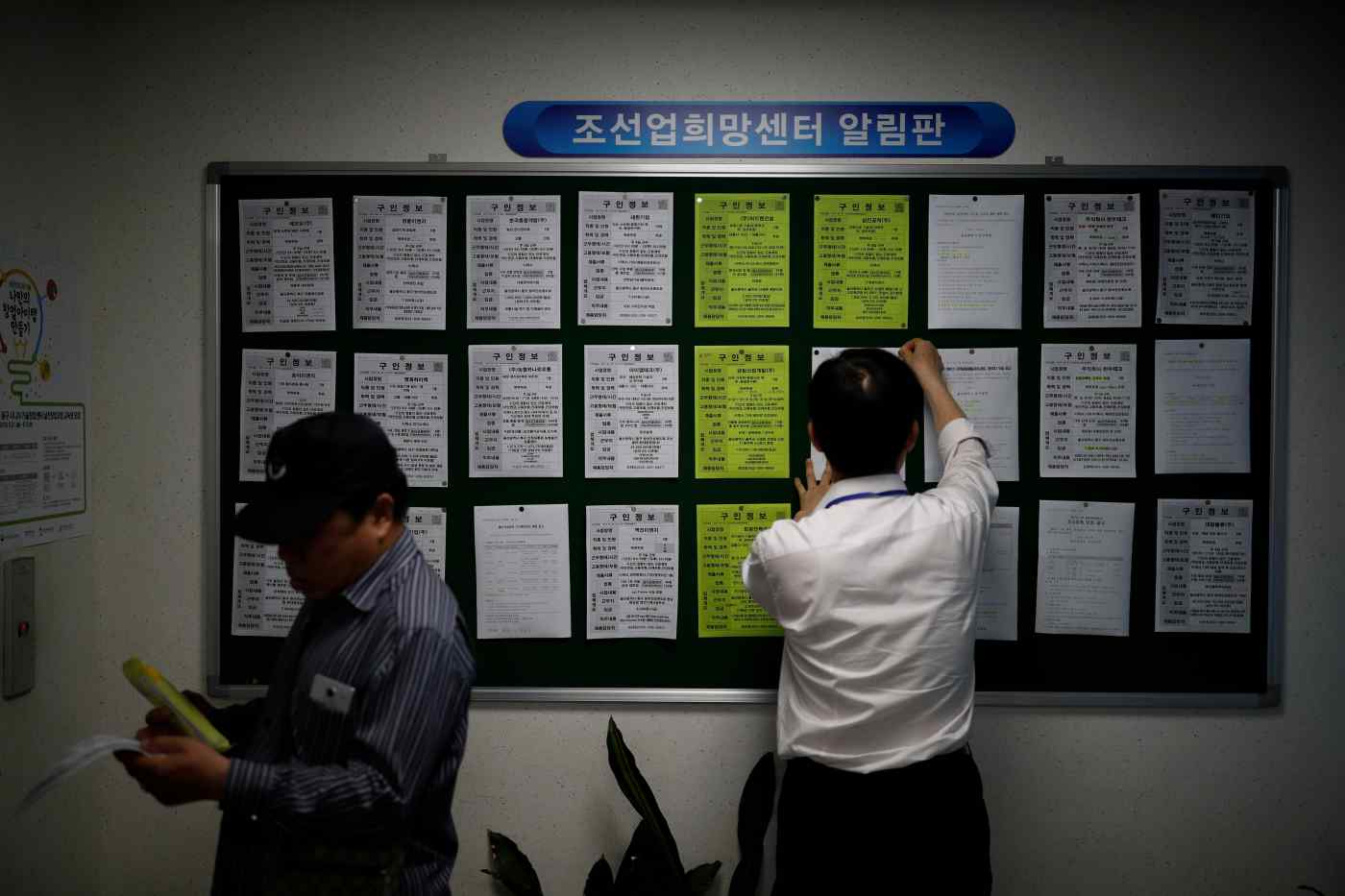 SEOUL -- After hundreds of rejection letters from big conglomerates and government agencies, Park Ji-hyun is losing hope of finding full-time work -- and losing hope for his generation.

Park, a 28-year-old part-timer at a Japanese company in downtown Seoul, is disappointed with President Moon Jae-in's pledge to create jobs for the younger generation. He's particularly angry at the government's attempt to boost the economy through sharp increases in the minimum wage and using taxpayers' money to create public sector jobs.

"There are few quality jobs, and most of them are given to the top guys from top schools in Seoul," said Park, who has a degree in Japanese linguistics. "It is like picking up a star in the sky to get a job here."

This disappointment is prompting young Koreans to turn against the liberal president they once pinned their hopes on. Support for Moon among people aged between 19 and 29 has fallen the most of any age group -- dropping to about 60% from 88% a year ago -- while negative views of the leader have soared to 28% from 7% during the same period.

Park Sang-in, a professor at Seoul National University, said the country needs to reform its economic structure to solve the youth unemployment problem. He argued that South Korea should nurture small- and medium-sized enterprises so that they could create quality jobs for the youth. 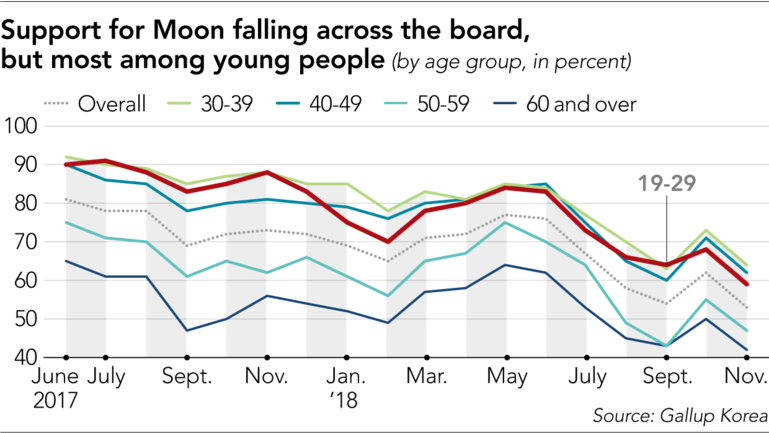 "We should transfer our chaebol-driven economy to an SME-centered one like that of Germany," he said. "If small companies can pay up to 80% of the wages that conglomerates pay, they will be able to create one million more jobs in the manufacturing sector, helping young job seekers and preventing early retirement."

The Gallup Korea polls show that that while young people are unhappy with Moon's economic policies, they praise the president's policy of engagement with North Korea.

Overall, Moon's rating was at 53% in late November, down from 62% a month ago. People in their 40s are the strongest supporters of the president with 64% approving his policies, followed by 30-somethings with 60%. Analysts say they are relatively immune to economic turmoil as many have good jobs in big companies.

The youthful gloom can be seen in data. The unemployment rate of those between 25 and 29 has been hovering around 8% for more than a year. The 8.1% figure in October is more than double the 3.5% rate across the board.

Another pledge to help the poor also appears to be falling short, with the income gap between the haves and have-nots widening under Moon's leadership. The average monthly household income of the poorest 20% fell 7% to 1.3 million won ($1,162) in the third quarter from a year earlier, Statistics Korea said. For the top one-fifth, the figure jumped 8.8% to 9.7 million won.

But there is little sign that Asia's fourth-largest economy will pick up steam. The Organization for Economic Cooperation and Development projects that South Korean growth will slow to 2.7% this year, down from 3.1% in 2017.

The OECD pointed out that the government needs to adjust its income-led growth policy, suggesting that hikes in the minimum wage should be moderated to avoid negative effects on employment.

Instead, the Paris-based institution said that the country should encourage entrepreneurship and female employment to recover its economic vigor.