A look back at the Obama administration's pivot to Asia

TOKYO -- U.S. President Barack Obama placed great importance on tightening relationships with Asian countries during his eight years in office. He visited 13 East, Southeast and South Asian countries to meet with his counterparts as well as attend the summits and meetings of multinational cooperative frameworks such as the Asia-Pacific Economic Cooperation. Here are some of the major events during the Obama administration that took place in Asia. 'We must change our mindset about war itself,' Obama argued. (Pool photo) 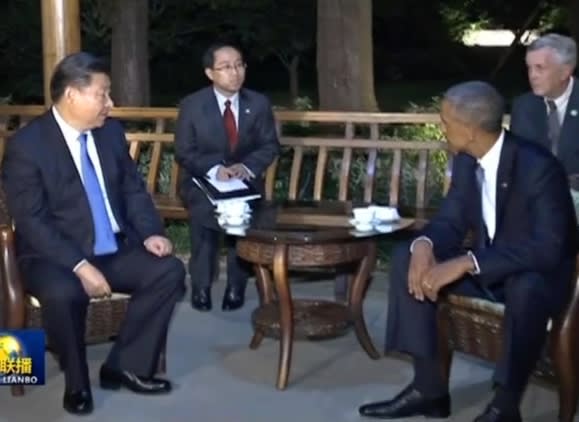 Chinese President Xi Jinping (left) and his U.S. counterpart Barack Obama (second from right) sit down to sip cups of Longjing tea at the edge of West Lake in Hangzhou, China, on Sept. 3 (CCTV image).