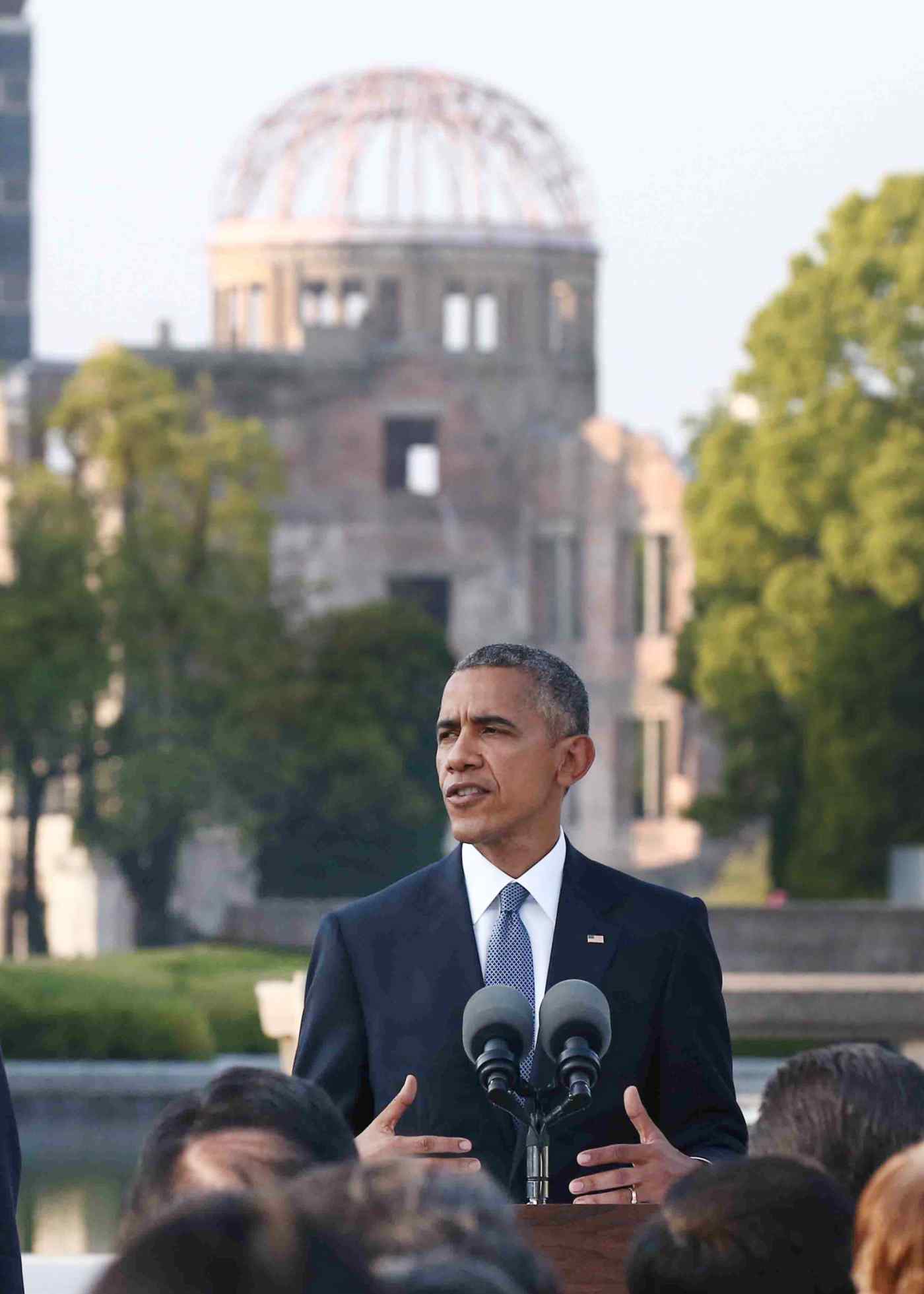 TOKYO -- One year after then-U.S. President Barack Obama prodded mankind to dream of a future without nuclear weapons in Hiroshima, the world looks like a different place.

Obama's successor, Donald Trump, has preached about the need to bolster nuclear capabilities, and North Korea is continuing to hone its nuclear and missile technologies.

"It's hard to believe it's been a year," Chief Cabinet Secretary Yoshihide Suga said, looking back at Obama's historic visit in a news conference Friday.

Suga's outlook on the world also seems to reflect the more dire reality. "Belief in the inherent goodness of people will not be enough to maintain the safety and security of our citizens," he argued.

"We may not realize this goal" of a nuclear-free world "in my lifetime," Obama acknowledged a year ago. But no one could have foreseen the situation that the world now finds itself in.

The speech is hardly ever mentioned in Washington now. When Obama is in the news at all these days, it is more likely for the size of his speaking fees. That people are so quick to forget his nuclear-free ambition demonstrates the harsh realities of the transfer of power.

The U.S. and Russia have more than 90% of the world's nuclear warheads. As long as neither side makes no honest effort toward reducing the arsenal, a nuclear-free world will remain a pipe dream.

Trump won the White House after making friendlier overtures toward Russia. But the administration is now rocked by an investigation surrounding the campaign's alleged contacts with that country. The probe has zeroed in on son-in-law and senior presidential adviser Jared Kushner, as well as other current and former close aides.

The U.S. leader's suspected coziness with Moscow has made bilateral relations awkward, though this is distinctly different from the antagonism between Obama and Russian President Vladimir Putin. While the scandal consumes Washington, North Korea has made steady progress on its nuclear weapons program, firing eight ballistic missiles so far this year.

It is only a matter of time before Pyongyang develops a nuclear-ready ballistic missile that can reach the continental U.S. Should America suddenly decide to decommission nuclear arms despite the North Korean threat, that would undermine the deterrent effect in Asia to the detriment of regional security.

The U.S. nuclear umbrella is also necessary when it comes to containing China, North Korea's historical backer, as well as Russia.

Obama may be criticized as an idealist, but Trump faces criticism of his own for an America-first doctrine that is anything but idealistic. All the while, Washington's tarnished prestige and influence are adding more confusion to global politics.